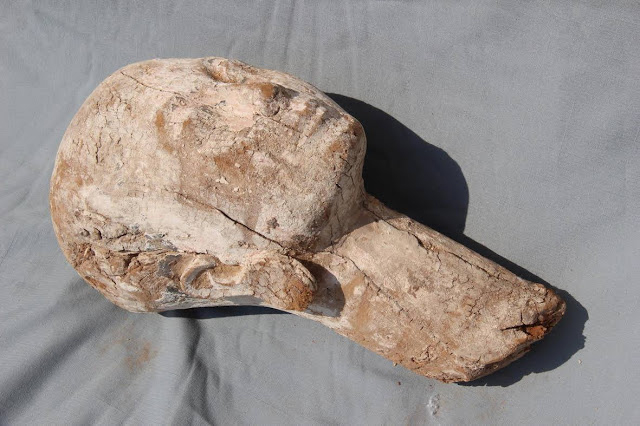 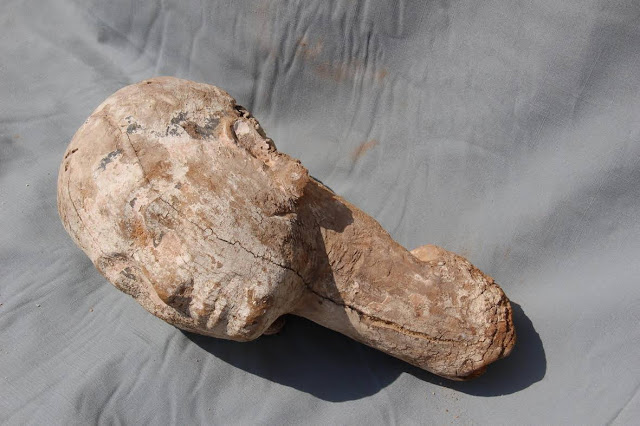 A wooden head, probably of the Sixth Dynasty Queen Ankhnespepy II, has been unearthed in the area located to the east of her Pyramid in Saqqara necropolis during excavation work carried out by a French-Swiss team from Geneva University.

Dr. Mostafa Waziri, Secretary-General of the Supreme Council of Antiquities, explained in an announcement that the head is almost life sized with a small part of the neck which reached 30cm tall. The ears are decorated with wooden earrings.

Professor, Philip Collombert, Head of the French-Swiss mission said that the head was found in a disturbed layer to the east of the queen’s pyramid near the area where the pyramidion was uncovered early this week. The mission, he went on, has uncovered a large upper part of a granite obelisk that may belong to the queen’s funerary temple.

Collombert said that the head is not in a good state of preservation and it will be subjected to restoration.

“It is a promising area that could reveal more of its secrets soon,” said Dr. Waziri. He added that the mission is to continue its excavations in an attempt to discover the queen’s satellite pyramid and the rest of its funerary complex and collection.