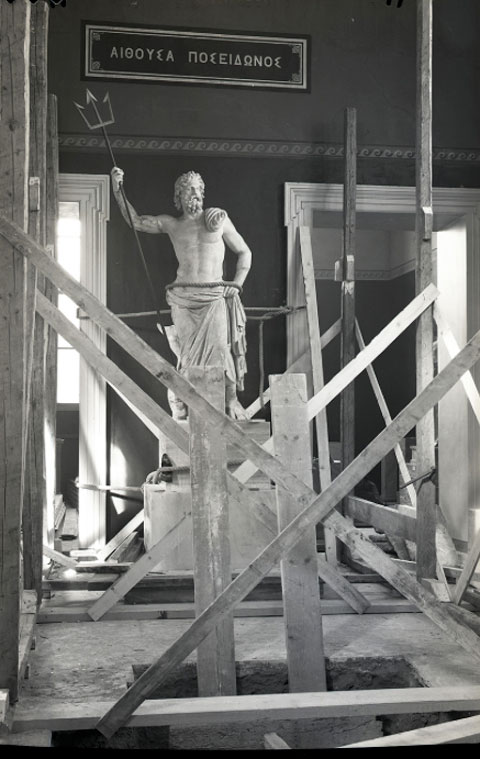 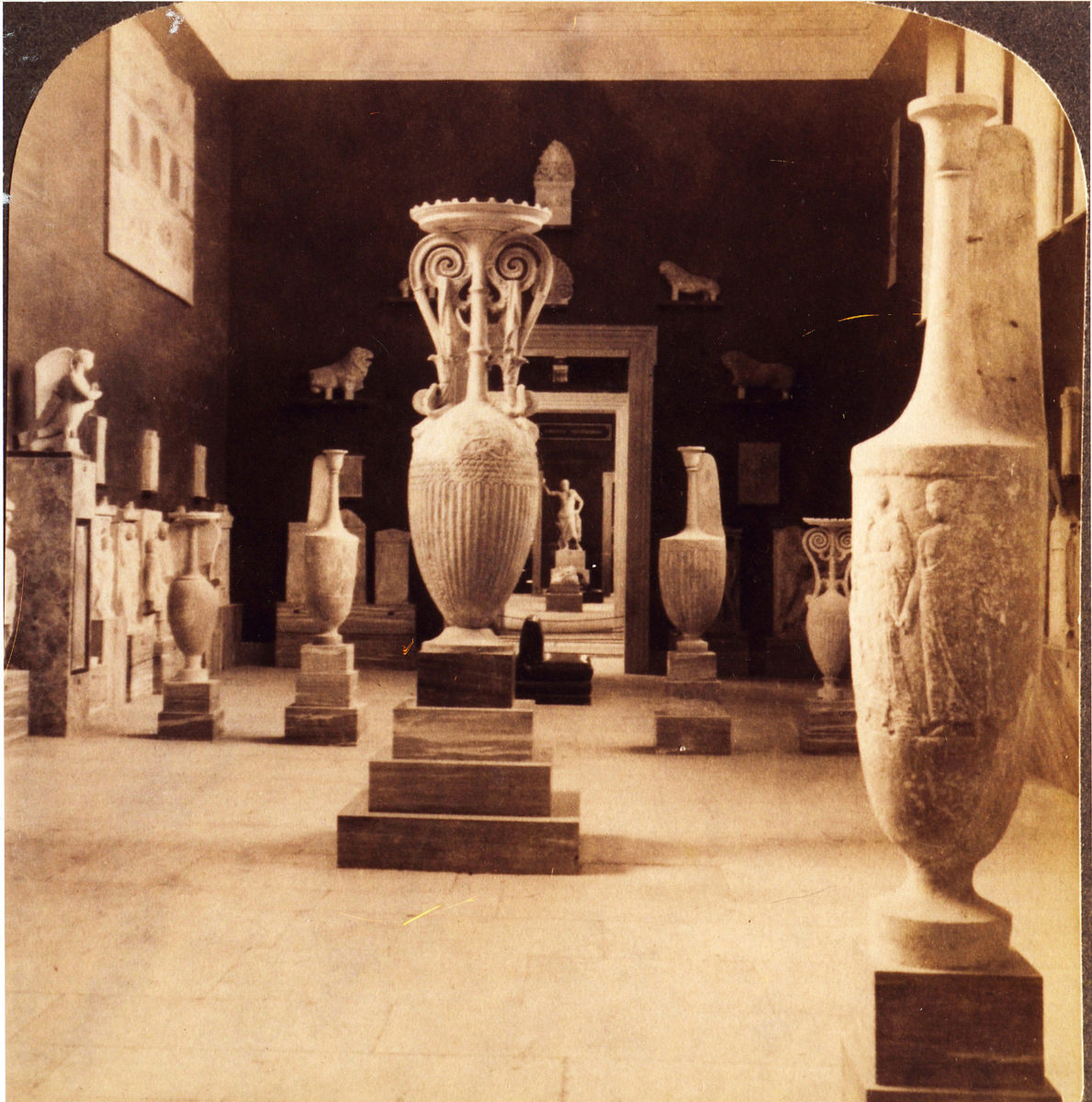 Capturing memories of museums before and after the occupation

In the café of the National Archaeological Museum

On the occasion of the upcoming anniversary of October 28, an exhibition of historical photographs entitled “In the shadow of the great war: capturing memories of museums before and after the occupation” is being organized by the National Archaeological Museum, assisted by the French Archaeological School at Athens and the Directorate of the Management of the National Archive of Monuments, Documentation and Protection of Cultural Goods.

In the exhibition, hosted in the Museum Café, archive images are displayed of exhibition spaces in the National Archaeological Museum and the Archaeological Museum of Delphi before the war, as well as photographic and administrative documents of the work for the concealing and protection of ancient artefacts from the two museums during the World War II. From the end of 1940 and up to April 1941, the antiquities of both museums were gathered, packed and placed in crates or trenches dug inside the museums’ own halls to protect them from the dangers of war. Concealing antiquities all over the country was done as a precautionary measure against imminent bombing; a lifesaver for our cultural heritage. After the end of the war another odyssey began, that of restoring the artefacts and exhibiting them once again in the silently anticipating museum halls. Photographic documents speak to us directly about the long and exhausting work of reassembling and re exhibiting the antiquities and invite us on a different “dig” into the memories of these two emblematic museums and Greece’s modern history.

On Thursday, October 26, the day of the exhibition’s opening, guided tours will be offered that will bring to life moments from this epic work of concealment and address key issues regarding the protection of antiquities in time of war. The 45’ presentations of the photographic exhibition will be conducted by the museum’s archaeologists for groups of 30 people (starting time: 11.00 am, 12.00, and 4.00 p.m.).

To attend, the public is required to apply at the museum’s information desk, half an hour before each presentation. On a first come first served basis.

The exhibition will run until December 6. 2017.

The entrance to the café is free.