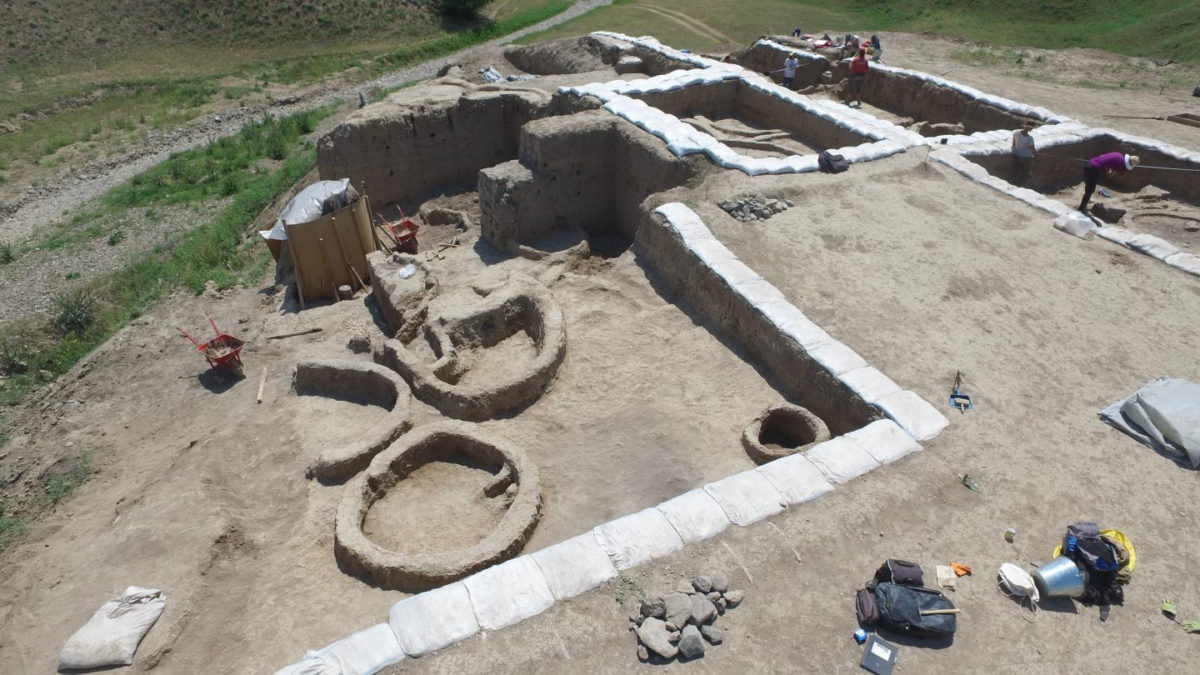 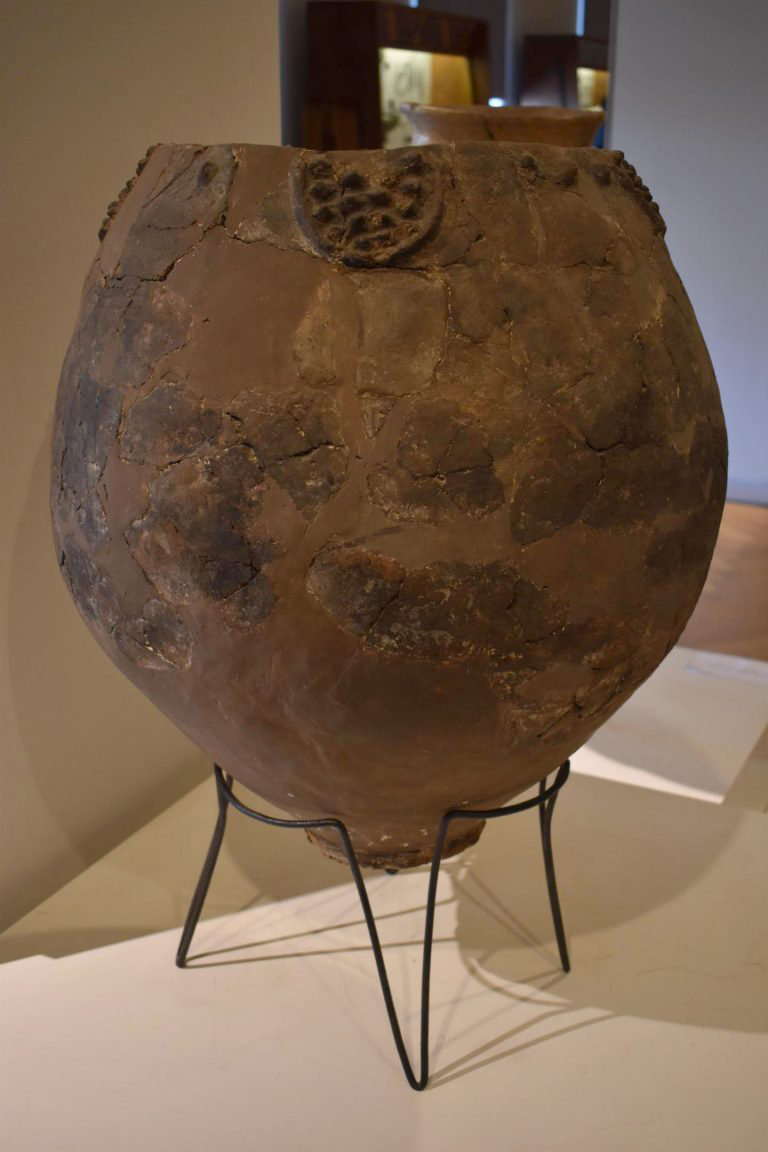 Excavations in the Republic of Georgia by the Gadachrili Gora Regional Archaeological Project Expedition (GRAPE), a joint undertaking between the University of Toronto (U of T) and the Georgian National Museum, have uncovered evidence of the earliest winemaking anywhere in the world.

The discovery dates the origin of the practice to the Neolithic period around 6000 BC, pushing it back 600-1,000 years from the previously accepted date.

The earliest previously known chemical evidence of wine dated to 5400-5000 BC and was from an area in the Zagros Mountains of Iran. Researchers now say the practice began hundreds of years earlier in the South Caucasus region on the border of Eastern Europe and Western Asia.

Excavations have focused on two Early Ceramic Neolithic sites (6000-4500 BC) called Gadachrili Gora and Shulaveris Gora, approximately 50 kilometres south of the modern capital of Tbilisi. Pottery fragments of ceramic jars recovered from the sites were collected and subsequently analyzed by scientists at the University of Pennsylvania to ascertain the nature of the residue preserved inside for several millennia.

The newest methods of chemical extraction confirmed tartaric acid, the fingerprint compound for grape and wine as well as three associated organic acids – malic, succinic and citric – in the residue recovered from eight large jars. The findings are reported in a research study this week in Proceeding of the National Academy of Sciences (PNAS).

“We believe this is the oldest example of the domestication of a wild-growing Eurasian grapevine solely for the production of wine,” said Stephen Batiuk, a senior research associate in the Department of Near and Middle Eastern Civilizations and the Archaeology Centre at U of T, and co-author of the study published in PNAS.

“The domesticated version of the fruit has more than 10,000 varieties of table and wine grapes worldwide,” said Batiuk. “Georgia is home to over 500 varieties for wine alone, suggesting that grapes have been domesticated and cross-breeding in the region for a very long time.”

GRAPE represents the Canadian component of a larger international, interdisciplinary project involving researchers from the United States, Denmark, France, Italy and Israel. The sites excavated by the U of T and Georgian National Museum team are remnants of two villages that date back to the Neolithic period, which began around 15,200 BC in parts of the Middle East and ended between 4500 and 2000 BC in other parts of the world.

The Neolithic period is characterized by a package of activities that include the beginning of farming, the domestication of animals, the development of crafts such as pottery and weaving, and the making of polished stone tools.

“Pottery, which was ideal for processing, serving and storing fermented beverages, was invented in this period together with many advances in art, technology and cuisine,” said Batiuk. “This methodology for identifying wine residues in pottery was initially developed and first tested on a vessel from the site of Godin Tepe in central western Iran, excavated more than 40 years ago by a team from the Royal Ontario Museum led by fellow U of T researcher T. Cuyler Young. So in many ways, this discovery brings my co-director Andrew Graham and I full circle back to the work of our professor Cuyler, who also provided some of the fundamental theories of the origins of agriculture in the Near East.

“In essence, what we are examining is how the Neolithic package of agricultural activity, tool-making and crafts that developed further south in modern Iraq, Syria and Turkey adapted as it was introduced into different regions with different climate and plant life,” Batiuk said. “The horticultural potential of the south Caucasus was bound to lead to the domestication of many new and different species, and innovative ‘secondary’ products were bound to emerge.”

The researchers say the combined archaeological, chemical, botanical, climatic and radiocarbon data provided by the analysis demonstrate that the Eurasian grapevine Vitis vinifera was abundant around the sites. It grew under ideal environmental conditions in early Neolithic times, similar to premium wine-producing regions in Italy and southern France today.

“Our research suggests that one of the primary adaptations of the Neolithic way of life as it spread to Caucasia was viniculture,” says Batiuk. “The domestication of the grape apparently led eventually led to the emergence of a wine culture in the region.”

Batiuk describes an ancient society in which the drinking and offering of wine penetrates and permeates nearly every aspect of life from medical practice to special celebrations, from birth to death, to everyday meals at which toasting is common.

“As a medicine, social lubricant, mind-altering substance, and highly valued commodity, wine became the focus of religious cults, pharmacopeias, cuisines, economics, and society throughout the ancient Near East,” he said.

Batiuk cites ancient viniculture as a prime example of human ingenuity in developing horticulture, and creative uses for its byproducts.

“The infinite range of flavors and aromas of today’s 8,000-10,000 grape varieties are the end result of the domesticated Eurasian grapevine being transplanted and crossed with wild grapevines elsewhere over and over again,” he said. “The Eurasian gravepine that now accounts for 99.9 per cent of wine made in the world today, has its roots in Caucasia.”