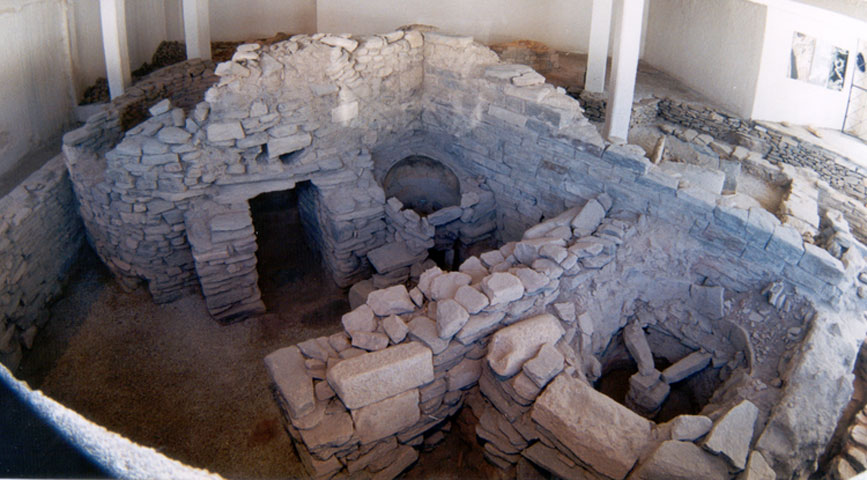 The first web atlas of ceramic kilns in ancient Greece

Created by the University of Arizona

A first of its kind GIS database was created to help archaeological research in Greece. It is the first centralized web atlas of kilns, in which the firing of ceramics was done in ancient Greece.

Head of the programme is Dr. Eleni Hasaki, Associate Professor at the University of Arizona, USA, whose doctoral thesis formed the basis of her idea to create an online tool for these modest structures that were however crucial to the daily life of antiquity.

“The project’s main objective is for us to create a modern and updated database, easily accessible, which will be used as a research tool by the archaeologists of the Archaeological Service, by researchers living or working in Greece and also by students who deal with the subject of ancient Greek pyrotechnology,” says Ms. Hasaki to the Athens and Macedonian News Agency and continues with interesting data on the role of the kilns.

“The kiln as a firing structure of ceramic artefacts played an extremely important role in the ceramic process. Generally speaking, clay is perhaps the most common material for manufacturing objects through time. Cooking utensils, storage vessels, roof tiles, pipes, bricks, and items of worship such as figurines and even children’s toys are just some of the clay objects we find in excavations of any period. The firing of all of these had to be successful because otherwise, the potter’s entire work, i.e. the collection of the clay, its cleaning, the shaping of the object and lastly its firing, would be completely wasted,” she notes.

In her thesis of 2001 Ms. Hasaki had recorded and commented on all the published kilns in Greece of all periods. “Since then, a very large number of new publications on firing structures have been presented at conferences, in collective volumes of papers, journals and monographs. Consequently, I thought it right to gather all the publications in a constantly updated database, to which each researcher will have very easy access, while every excavator will have the opportunity – in real time – to add data on the kilns he/she is researching. The programme has already begun and is proceeding with the admirable cooperation of my colleague, archaeologist Dr. Konstantinos Raptis, who has presented the kilns of late antiquity and the Byzantine era in important publications,” she adds.

Up to now, 600 kilns have been recorded, covering a chronological spectrum of 5,000 years, i.e. from the Early Bronze Age to the Late Byzantine period. In the programme, a search mechanism has been created, where each interested person can set up to four basic criteria (chronological period, geographic location, type and dimension of structure) and easily search for all the kilns located in Greece with all the basic information on each individual structure.

“As of June this year, the website has been launched and here I should point out that we have primarily put great emphasis on achieving easy access and use by any interested researcher. Therefore, each researcher with a simple and free registration can make use of all the data. Here I should stress that in the registration process we have added the question of why the person concerned is using the database, because we believe that through the answers we will be able to evaluate its, the database’s, usefulness and will certainly receive proposals / ideas for its expansion, making it additionally useful to the research community,” points out Mrs. Hasaki.

Finally, for his part, Dr. Konstantinos Raptis refers to the way the web atlas has been received and experienced so far by the Greek archaeological community: “Reception was particularly warm. Greek scholars of ancient and medieval technology have begun to use it as a research tool for the study of ceramic kilns in Greece at various periods of time, easily searching archaeological parallels to the kilns they are studying. At the same time, they enriched the database with kilns discovered and researched recently and which had not been included in the existing literature used in its design. In October 2018, the web atlas will also be presented at the International Conference on Medieval Ceramics of the Mediterranean AIECM3, to be held in Athens,” he says to the Athens and Macedonian News Agency.