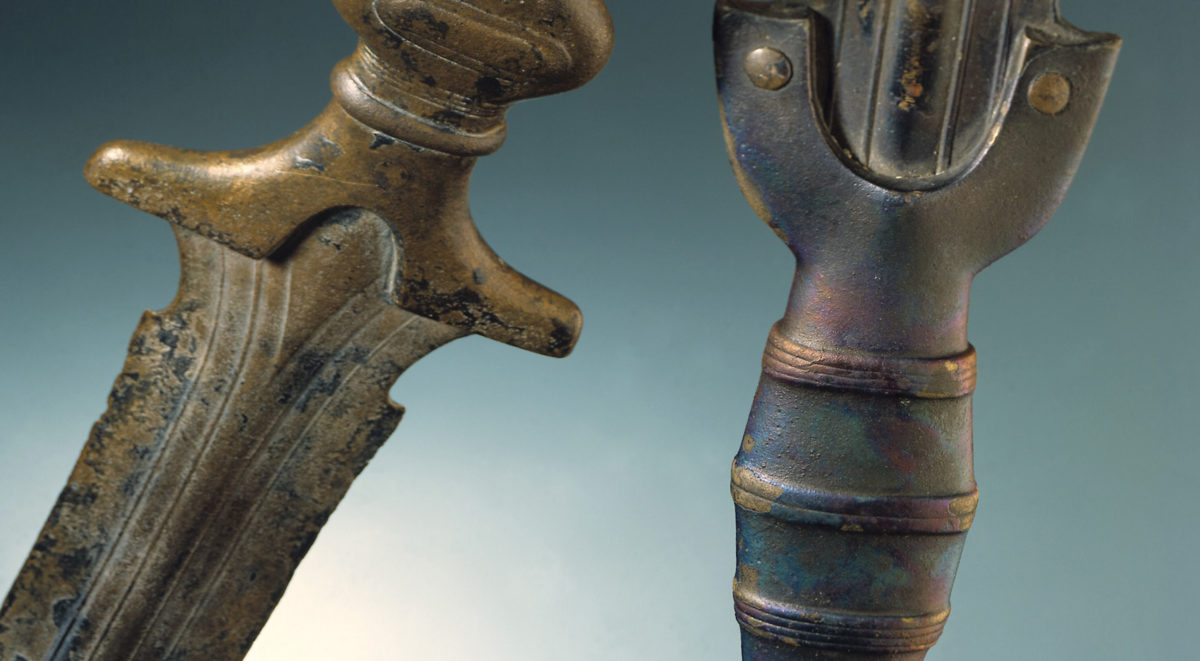 You may already be surprised to hear there are iron objects dating back to the Bronze Age, but their meteorite origin is even more astonishing.

Though meteorites had already been recognized as one source of this metal, the scientific community couldn’t determine whether they accounted for most or simply a few Bronze Age iron artifacts. Albert Jambon, as part of his work at the Institut de minéralogie, de physique des matériaux et de cosmochimie (CNRS / UPMC / IRD / Muséum national d’Histoire naturelle), has demonstrated that iron used during the Bronze Age is always meteoric and he explained how this practice was abandoned during the Iron Age.

The Iron Age began in Anatolia and the Caucasus around 1200 BCE. But nearly 2,000 years earlier, various cultures were already fashioning objects out of iron. These items were extremely rare and always greatly treasured.

Iron ore abounds on the Earth’s surface. So what made these artifacts so valuable? Initial research had shown that some were made with iron from meteorites, which led scientists to wonder how many others were. Albert Jambon gathered the available data and conducted his own nondestructive chemical analyses of samples using a portable X-ray fluorescence spectrometer.

His analyses revealed that each of these Bronze Age artifacts was made with meteoric iron. When large celestial bodies like our planet are forming, nearly all nickel drifts towards the molten iron core. Thus, it is extremely rare to find nickel on the surface. However, some meteorites are created when celestial bodies are shattered. If these meteorites are composed of core material, they mostly contain iron with high levels of nickel and cobalt.

This characteristic makes it possible to identify the source of iron. Meteoric iron is also already in a metal state, ready for use, which explains why it went into all Bronze Age iron artifacts. In contrast, the iron compounds in terrestrial ores must first undergo the process of reduction, which removes bound oxygen to yield the desired metal. This is the basis of smelting in furnaces, a breakthrough that marked the beginning of the Iron Age.