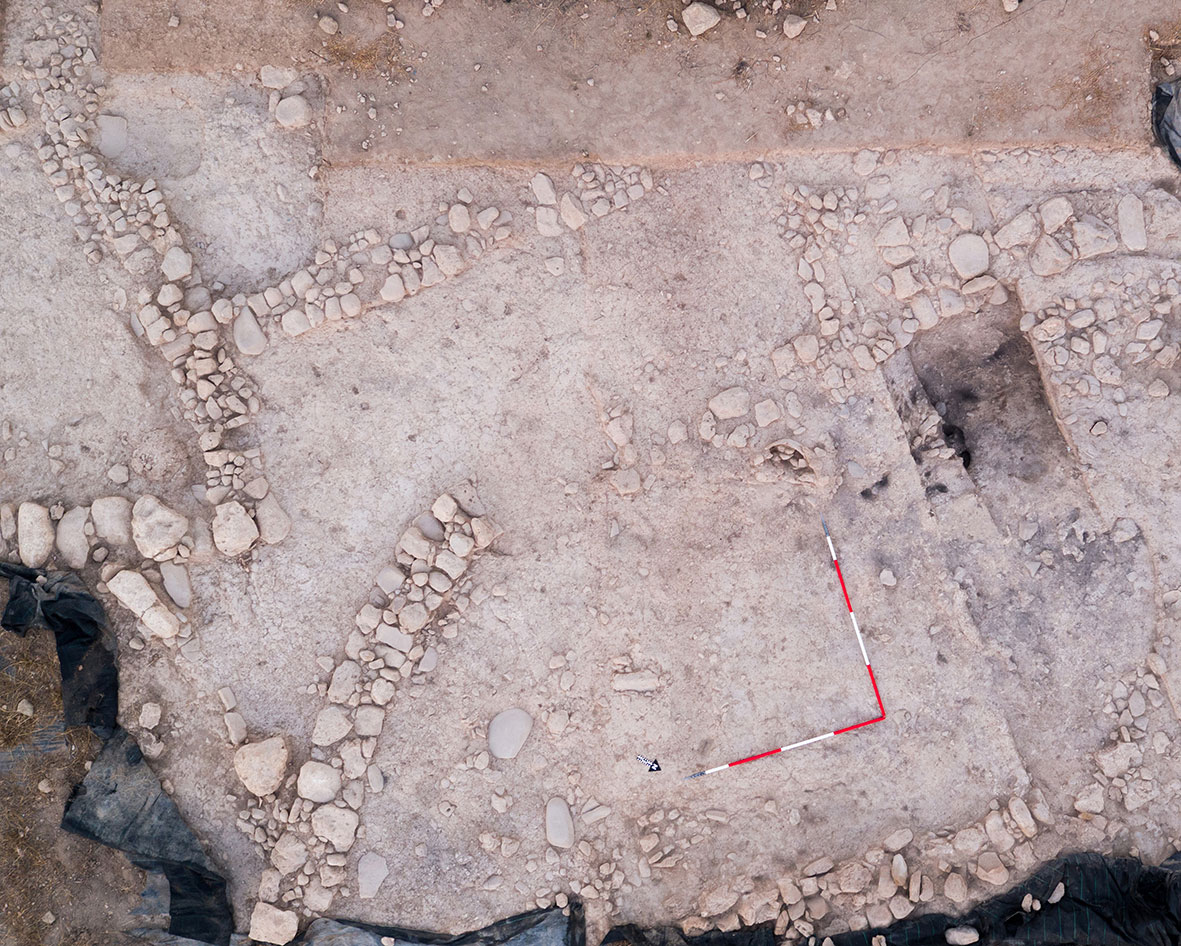 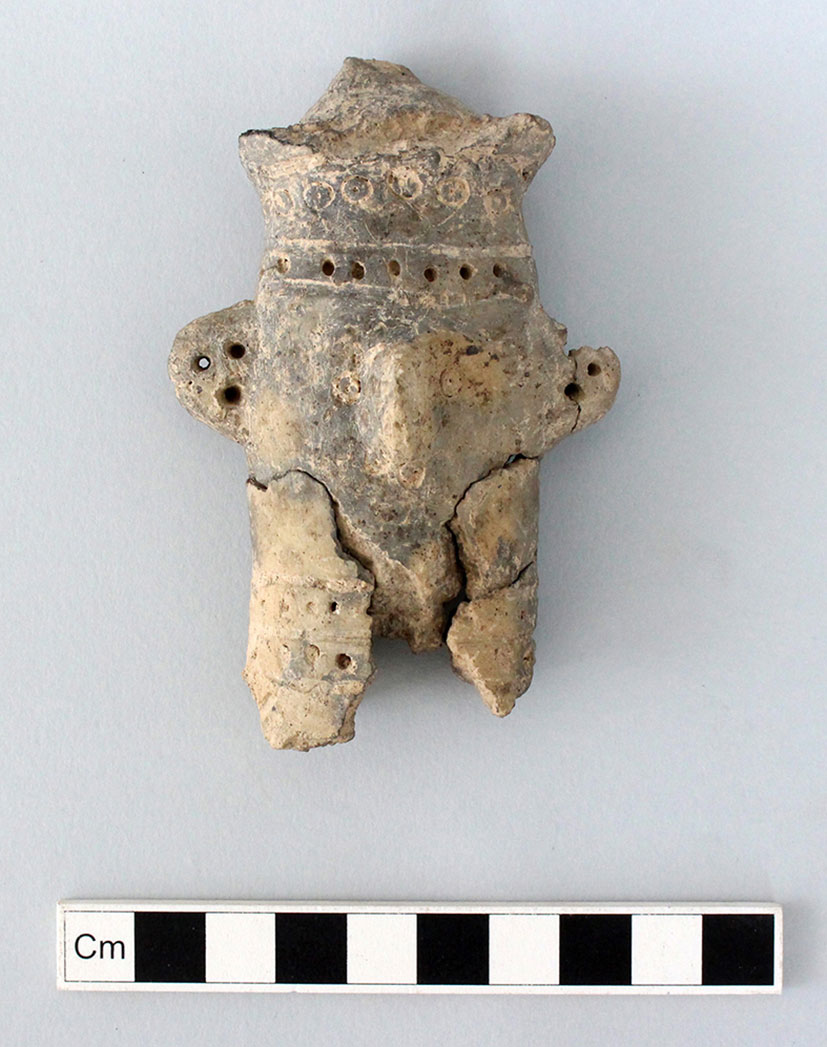 By University of Manchester mission

The Department of Antiquities, Ministry of Transport, Communications and Works, announces the completion of the 2017 season of archaeological excavations at the Bronze Age settlement of Kisonerga-Skalia near Paphos, conducted by a University of Manchester mission, under the direction of Dr Lindy Crewe (Director, Cyprus American Archaeological Research Institute). The site exhibits a long Bronze Age sequence, and earlier Late Chalcolithic occupation, beginning before 2,500 BC until abandonment around 1600 BC.

The aims of the season were to continue to expose the latest phases of occupation preserved at the site. In the north of the area under excavation, the preserved occupation dates to the Chalcolithic period. Here an interesting area of Chalcolithic pit graves was revealed. Although there were no grave goods to securely date the four burials excavated, sherds within the deposits indicate a likely Middle Chalcolithic date. This is important as it was previously thought that the burials at the neighbouring settlement of Kisonerga-Mosphilia were all associated with houses.

Further southwards, a building complex dating to Middle Cypriote III–Late Cypriote IA1 was revealed. There is no later occupation indicated during the Bronze Age. This final phase at the site is characterised by the construction of a large complex of over 1200m2 devoted to industrial activities, including beer production and large-scale cooking or firing. Other activities undertaken include spinning fibres and grinding grain. This complex was built over the ruins of earlier Bronze Age houses and appears to indicate a community-wide effort of construction. This unusually large open space may have been used for gatherings or another unknown function.

In Area P/B2 an area of 55m2 was exposed. Two parallel long walls, seen on upper and lower part of Figure 1, appear to form a contained space. On the interior faces of both walls we have investigated wall tumble and superstructure collapse, suggesting that this area may have been roofed. A sounding dug between the walls revealed an underlying area of destroyed building material and extensive ashy deposits. The sequence of events suggests a deliberate destruction of an earlier Bronze Age built feature.

Further areas of stone wall tumble were associated with the wall seen upper left in fig. 1. The wall tumble was removed to reveal a series of two floor deposits. Lying beneath wall collapse and above the upper surface, the upper portion of a terracotta figurine was retrieved (fig. 2). This figurine is unusual but it is probably of Middle Cypriot date. Very few figurines of this period are known and all have variable characteristics. Its decoration is of local Kissonerga style, comprising impressed circles with a central dot and lines framing a row of dots. The figurine has a very elaborate hat and triple pierced ears.

There are still areas of the final phase complex to be revealed at Kisonerga-Skalia. It is hoped that in future seasons evidence for the nature of the occupation and the activities being undertaken at the site will be revealed. Outstanding questions remain: why was such a large complex constructed and only occupied for maybe one or two generations? What was the function of the large open area and why were so many large-scale heating/burning installations constructed?