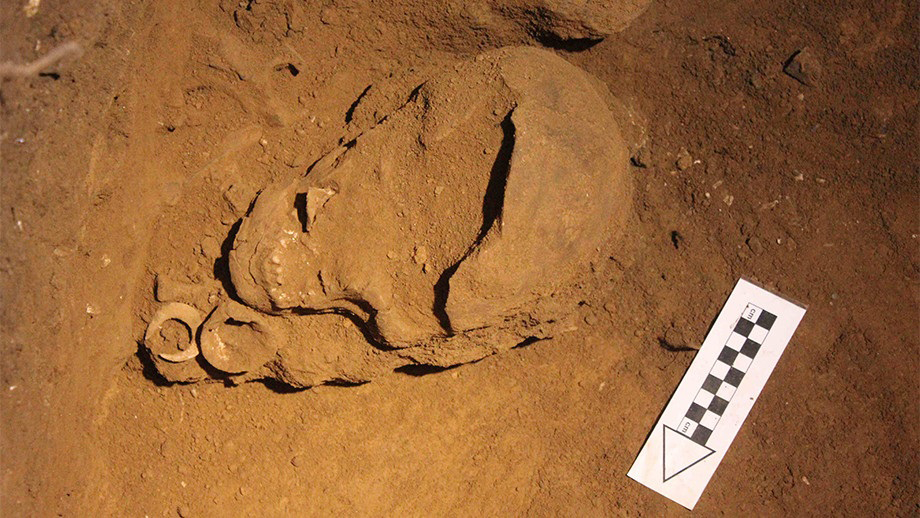 In a female burial

Archaeologists from the Australian National University has discovered five fish hooks dating from the Pleistocene era, approximately 12,000 years ago on Indonesia’s Alor Island.

The hooks, comprising of a shaped hook and four circular rotating hooks fashioned from sea-snail shell were part of a ritual burial, which included several carefully placed grave goods under the chin and around the jaws of a female.

Professor Sue O’Connor from ANU said “the discovery turns on its head the theory that most fishing activities on these islands were carried out by men.

“These are the oldest known fish-hooks associated with mortuary practices from anywhere in the world and perhaps indicate that fishing equipment was viewed as essential for transition to the afterlife in this area,” Professor O’Connor said.

“The discovery shows that in both life and death, the Pleistocene inhabitants of the Alor Island region were intrinsically connected to the sea, and the association of the fish-hooks with a burial denotes the cosmological status of fishing in this island environment.”

The earliest other burial with fish-hooks used as a funerary item date from 9,000 from the Mesolithic era in Siberia’s Ershi cemetery.

Fish hooks have been discovered previously from Japan and Europe dating as far back as 22,000, but these were not related to burial practices.

Professor O’Connor said the appearance of the Alor rotating fish-hooks so early on a disconnected island suggests that several fishing communities developed the same technology separately, rather than learning from each other through contact.

“We argue that the same sort of artefact was developed independently because it was the most fitting form to suit the ecology, rather than through cultural diffusion.”