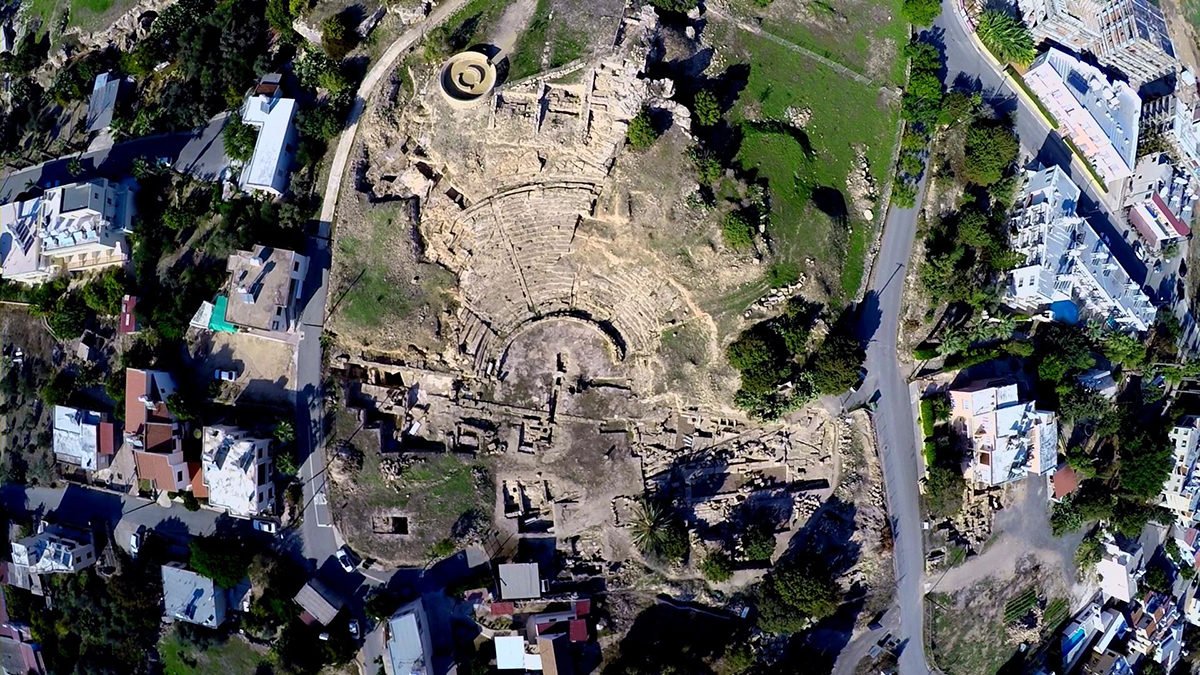 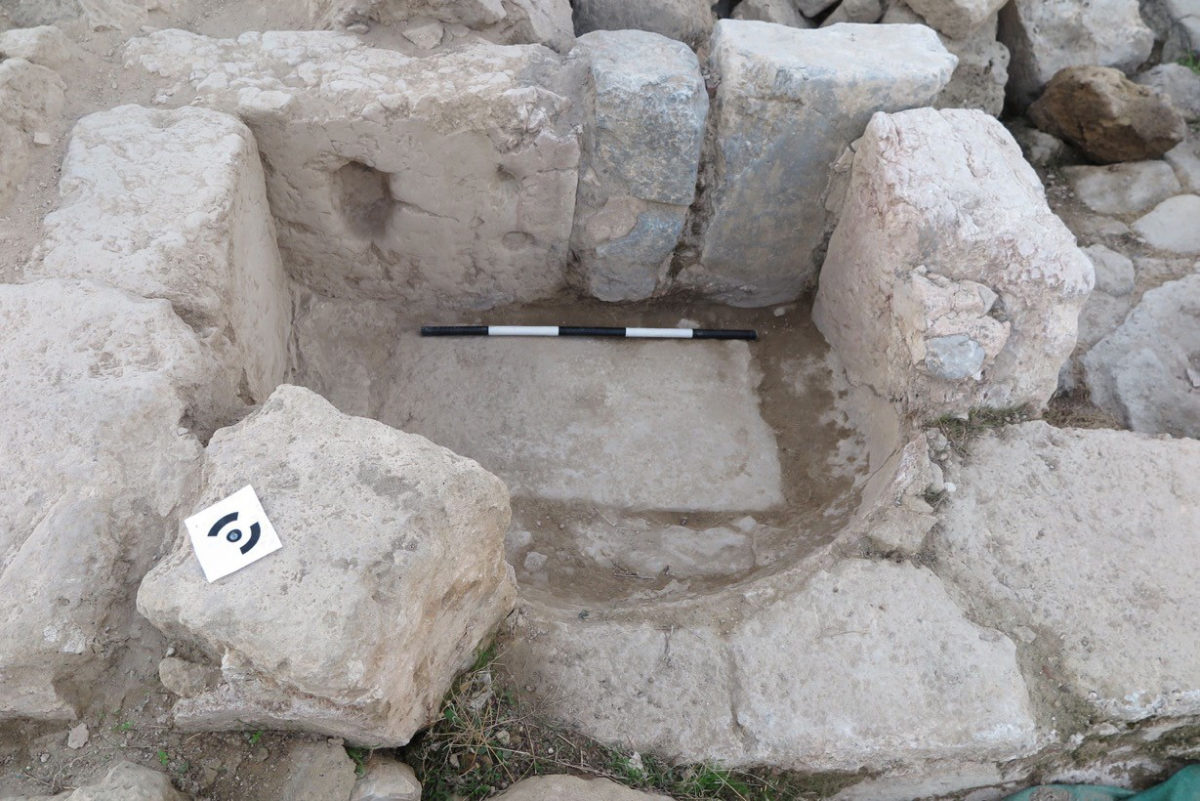 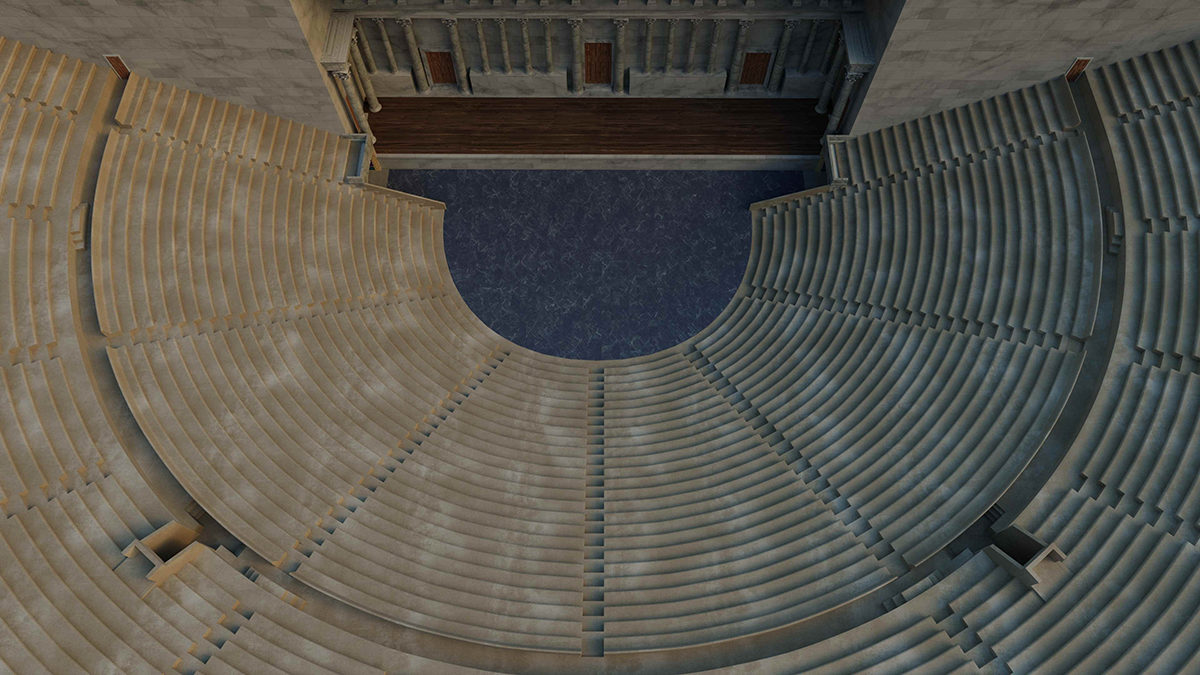 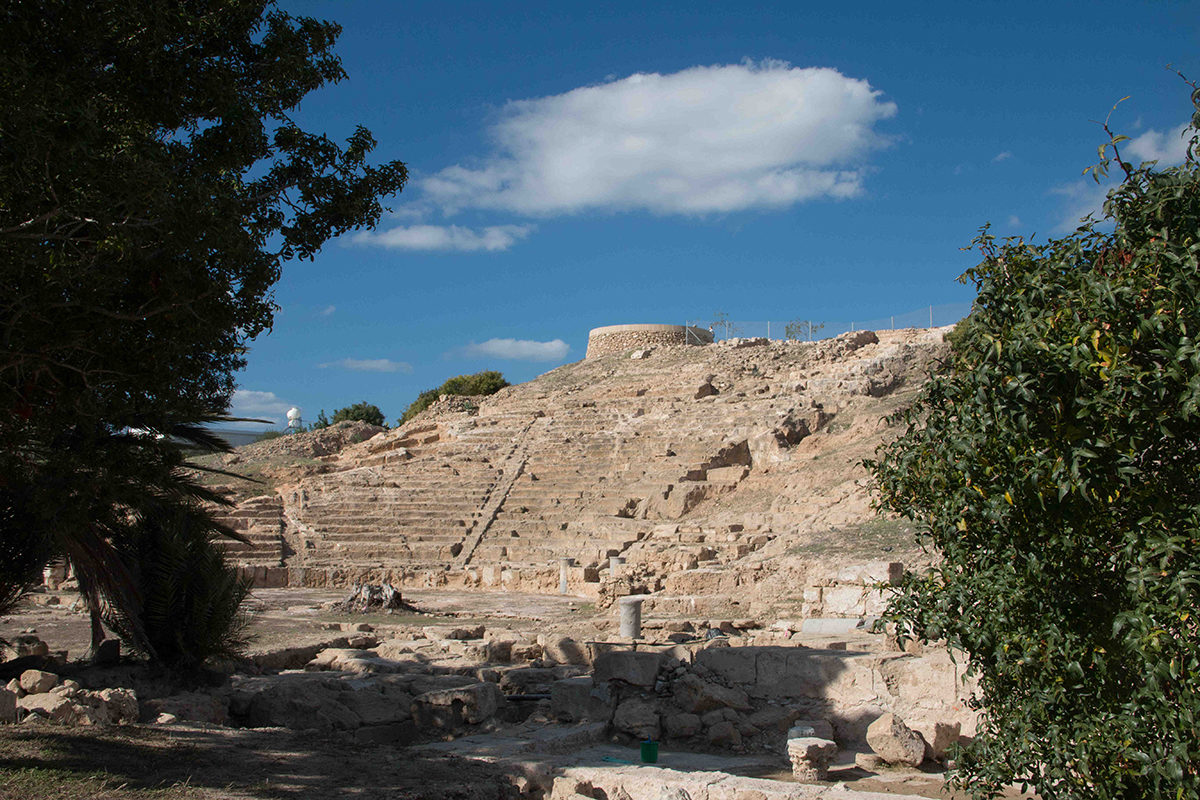 Excavations at the Hellenistic-Roman theatre of Nea Paphos

By the Australian Mission

The Department of Antiquities, of the Ministry of Transport, Communications and Works, announces the completion of the eighteenth season of archaeological investigations (8th October–5th November 2017) of the ancient Hellenistic-Roman theatre and surrounding areas of Nea Paphos.

The site of the theatrical quarter of ancient Nea Pafos is located to the south of Fabrika hill in the north-eastern quarter of the ancient walled city.  The theatre itself was shaped out of the bedrock of the hill and used for performances from the foundation of the ancient city, around 300 BC, until its final destruction by earthquake in the late fourth century AD.  The theatre was at its peak of activity during the reign of the Roman emperors Antoninus Pius and Marcus Aurelius in the middle second century AD when the stage building and ceremonial entranceways were adorned with sculptural and painted decorations.

The Australian excavations have also begun to reveal a complex urban layout around the theatre with a wide paved Roman road due south and a Roman nymphaeum, or water fountain, built to the south east of the theatre.

The Australian’s work in 2017 was concentrated on the south-eastern corner of the site, near the nymphaeum and eastern end of the theatre.  Three trenches were opened by the team in 2017.

Trench 17A was a large open trench over the road with the long term aim of clearing more of the surface of the paving stones.  Although the trench was not completed it, the archaeological team did successfully define the complete front wall of the nymphaeum. The nymphaeum itself is over 20 metres long and 5 metres wide, and the masonry of the structure was considerable with the walls over a metre wide.  Carved into the top of one of the blocks was a gaming board, which could have been used by workmen while building the nymphaeum.  The nymphaeum was constructed in the earlier part of the second century AD and demonstrates Roman ability to control water and create artificial environments. A marble block and plaster-lined basin in front of the nymphaeum would have allowed travellers to refresh with water from the fountain.

A second trench (17B) investigated a wedge of soil between the rear of the nymphaeum and the foundations of the Antonine theatre expansion.  Excavations revealed a series of bedrock cut channels that relate to the control of water supply to and from the theatre and the nymphaeum, and many fragments of a near intact Roman amphora which will be restored next season.

The third trench (17C) was designed to expose the theatre’s Antonine phase exterior wall.  Bedrock cuts indicate that the wall would have over 2.2 metres wide and constructed from massive blocks of stone; these retaining walls had to support seating embankments that were very high and constructed onto artificially created hills.

In addition to the excavation the Australian team in 2017 completed considerable work on the study of finds from previous seasons, including the analysis of hundreds of fragments of Crusader-era glazed ceramics that would have been produced at a kiln built over the remains of the ancient theatre which has yet to be located.  A 3D Virtual Reality model of the ancient theatre has also been constructed which enables viewers to get an idea of the size and scale of the Antonine phase of the building’s history and an understanding of how much the landscape of the site has changed from antiquity to the modern world. This model will be available in a mobile app form in the near future.