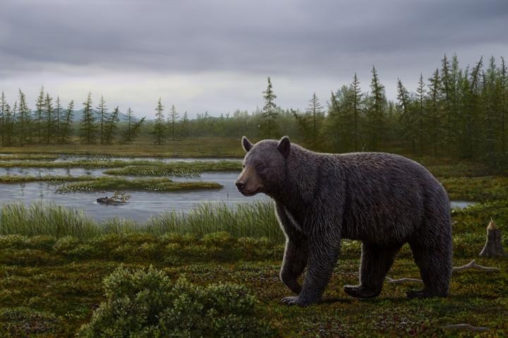 Reconstruction of the mid-Pliocene Protarctos abstrusus in the Beaver Pond site area during the late summer. Credit: Art by Mauricio Antón based on research of this paper and with input on plant community from Alice Telka.
- +
Listen by Archaeology Newsroom
08 01 '18 10:31

Previously only known from a tooth found in Idaho