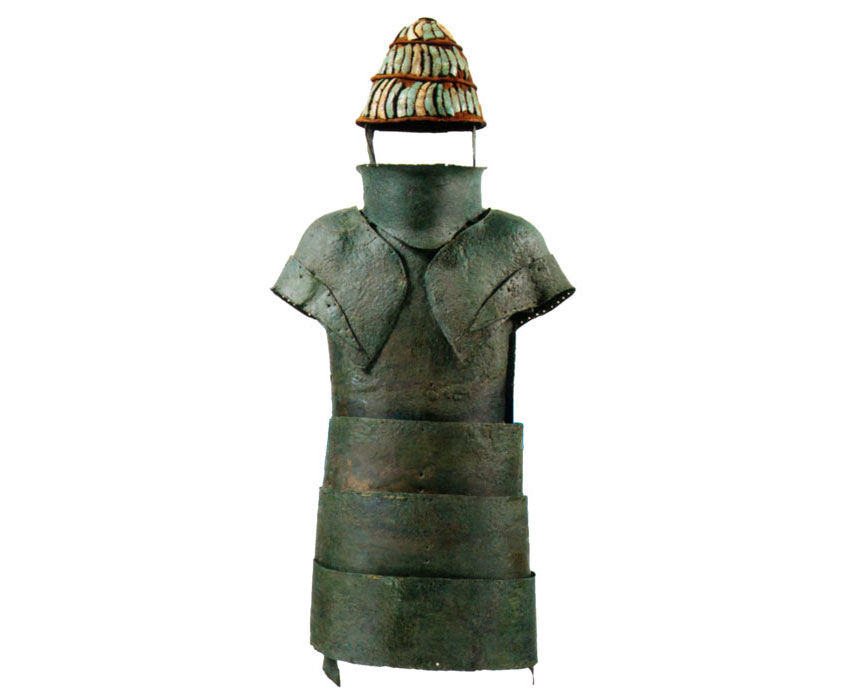 A 3,500-year-old suit of armour… at the service of science

An innovative research programme of the University of Thessaly

An innovative research programme that investigates a new scientific field is being “pursued” by the Department of Physical Education and Sport Science (DPESS) of the University of Thessaly, in collaboration with the internationally renowned archaeologists Diana Wardle and Dr Ken Wardle of Birmingham University, England.

According to Professor Yiannis Koutedakis, former dean of the DPESS, the programme is based on the study of an exact copy of the most ancient suit of armour to be found in the western world, about 3,500 years old, weighing 30 kilos and made entirely of copper. As the professor said to the Athens and Macedonian News Agency, the armour was located in 1959 in the region of “Dendra” near Nafplion by archaeologist N. Verdelis and the scientists of the Swedish Archaeological Institute. It is now on display at the Archaeological Museum of Nafplion. An exact copy of it is in Trikala and was crafted under the supervision of Mrs Wardle a few years ago.

The aim of the scientific research programme is to study the strain inflicted by the armour on the human body under a variety of simulated conditions both of combat and climate. For the programme’s implementation, technologies and high standard equipment are being used, supplied exclusively by the DPESS.

Among other things, resulting information will help create a picture of the physical condition and nutritional habits of our ancestors. Head of the project and of specialized laboratories is Dr Andreas Flouris. Taking part are professors Athanasios Tziamourtas, Giannis Giakas, Ioannis Fatouros, postgraduate students Stavros Petmezas (air force lieutenant) and Panagiotis Asimoglou (police officer) as well as Yiannis Koutedakis, the project’s initiator.

Preliminary findings of the programme have already been presented at a recent international conference held in Australia.

“The scientific synergy between two seemingly disparate scientific areas; in this case that of archaeology and sport science, is not only the first in the world or an opportunity to create a new scientific field, namely Archaeophysiology, but above all it is a message addressed to the world at large that science, evolution, progress and growth have no limits or constrictions, and all they need are open minds and an appetite for work,” concludes Mr. Koutedakis.