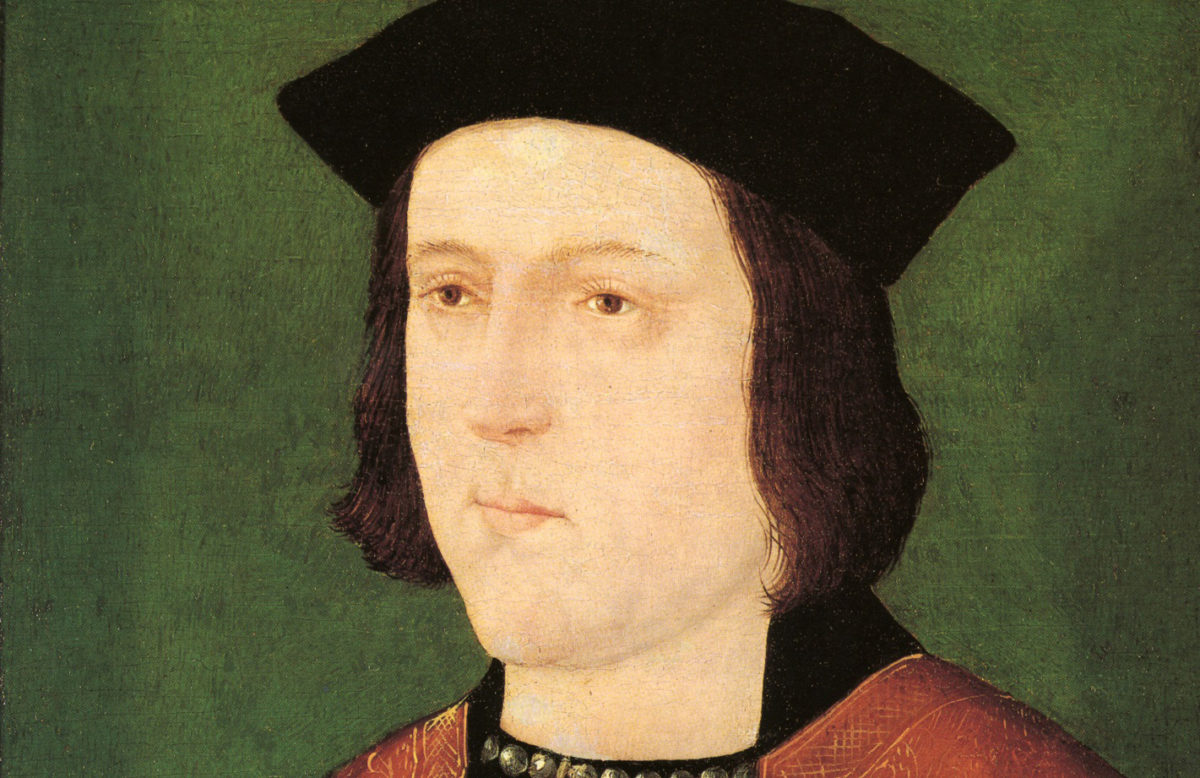 It was a morning in early February 1461 and a freak of meteorology made it appear that there were three suns in the sky. For the 18-year-old Edward, Duke of York, this was a sign that he and his army would prevail when they clashed with a Lancastrian force marching north from Wales.

The future King Edward IV duly gained his victory at the battle known as Mortimer’s Cross, in Herefordshire, near the Welsh border. But where exactly was it fought and has it left any traces? The leading battlefield archaeologist Dr Glenn Foard, based at the University of Huddersfield, is embarking on an investigation that aims to unearth the evidence for an under-researched, but intriguing episode in the Wars of the Roses.

Dr Foard – whose achievements include the discovery of the true location of 1485’s Battle of Bosworth – plays a key role in a three-year project that has seen the Heritage Lottery Fund make an award of £84,400 to the Battlefield Trust. He will assemble a volunteer team and take charge of the Mortimer’s Cross archaeology, including a metal detecting survey, and provide advice on conservation issues.

He will also contribute to a series of workshop weekends taking place on site that aim to provide special training to a wide range of people who will then be equipped to take part in or organise battlefield archaeology projects around the UK.

“Nobody has ever done any archaeological work on Mortimer’s Cross.  We don’t even know exactly where it was fought,” said Dr Foard. “Quite a few medieval battles are like that.”

There is a traditional site for the battle, marked on modern maps close to the A4110 between Kingsland and the village named Mortimer’s Cross, six miles to the north west of Leominster and close to the village of Kingsland.

“So we know roughly where it was but not exactly where in the landscape it was fought, and nobody’s done any work on Mortimer’s Cross, so it’s not on the historic battlefields register.  It’s one of those lesser but influential battles that has passed people by,” said Dr Foard.

Compared to the large area that Dr Foard was confronted with at Bosworth, the smaller scale of the search area at Mortimer’s Cross increases the chances that he and his team can pinpoint the battle site.

On the other hand, the fact that considerably smaller forces were involved probably mean that fewer artefacts such as artillery round-shot are there to be detected, and Dr Foard, despite his successes, knows that the search for medieval battlefields can be frustrating. For example, he has been engaged in a project to discover the exact location the Battle of Barnet, fought by large armies in 1471, but so far no archaeological evidence has come to light.

Dr Foard is shortly to be an adviser for a Heritage Lottery Fund-backed investigation into the Battle of Otterburn, fought in Northumbria in 1388 between the English and the Scots, and he expects that to be equally challenging.

“It’s a classic medieval battle in that we know roughly where it was and a monument was erected, probably centuries later.  So there are local traditions that can help but you need to know exactly how to fit the original accounts of the battle in the landscape as it was and then search for battle archaeology to resolve the problems.”

The challenges and opportunities of battlefield archaeology will be the subject of the training courses that will be an important component of Dr Foard’s contribution to the Mortimer’s Cross project.

Participants could range from professional archaeologists and students to members of communities interested in their local battlefields.  They will hear from leading experts and learn about issues ranging from the techniques of battlefield archaeology to the successful running of Lottery-funded projects.