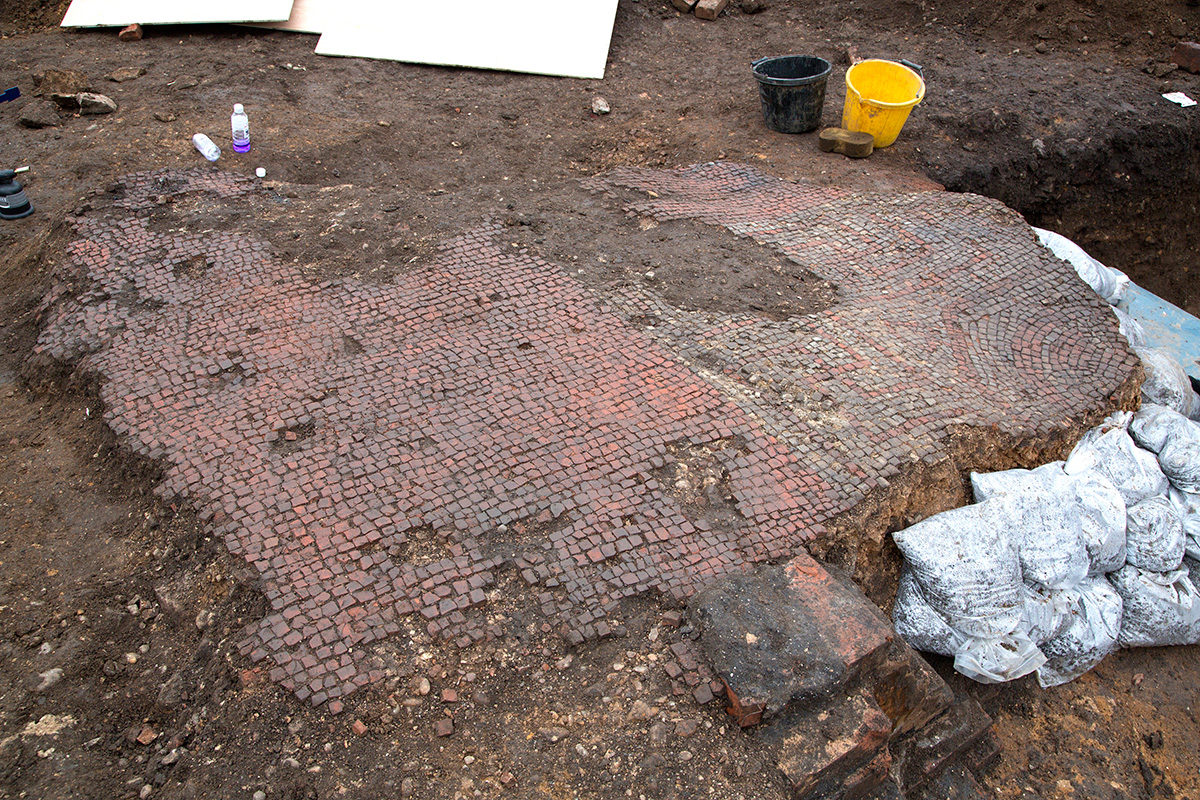 A large but fragile object

A new film produced by the University of Leicester showcases how archaeologists successfully lifted and conserved a Roman mosaic found in Leicester.

During the winter of 2016/17, the archaeologists, from the University of Leicester Archaeological Services (ULAS), excavated a large site in Leicester, on the corner of Highcross Street and Vaughan Way next to the John Lewis car park.

The project uncovered exciting new evidence for Leicester’s Roman past, including the remains of a Roman house which still contained pieces of mosaic floors in three rooms. As part of the project, it was decided that the largest fragment of mosaic would be saved for future display.

Now, a new film by University of Leicester video producer Carl Vivian reveals how a conservator, assisted by archaeologists, was able to successfully lift and conserve such a large but fragile object.

The mosaic was in a very delicate condition. After more than 1,500 years buried in the ground the mortar grouting had decayed away and soil was the only thing holding it together. The archaeological conservator, Theo Sturge, helped by the team from ULAS, had the added challenge of having to lift the mosaic in the less-than-optimal cold and damp weather conditions of winter.

Mathew Morris, Project Officer at ULAS, said: “The mosaic is not of the same high quality as the famous Blackfriars mosaic, which was found in Leicester in the 19th century and is one of the finest mosaics in Britain. Instead, it is likely to be typical of the type of floor more widely affordable to many of the Roman town’s population.

“Lifting it was a huge challenge which was only successfully achieved because of the efforts of the entire team working closely together. The mosaic is made-up of thousands of tiny tesserae. These all had to be lifted and kept in the correct sequence to preserve the pattern on the mosaic. This was done by gluing hessian to the mosaic’s surface to hold it together, then the mortar base into which the tesserae were set was cut away so that thin boards could be slid underneath the mosaic. The mosaic was then carefully lifted in sections and taken to the studio of our conservator, Theo Sturge, who had the challenge of conserving and reassembling it.”

The film is available below: