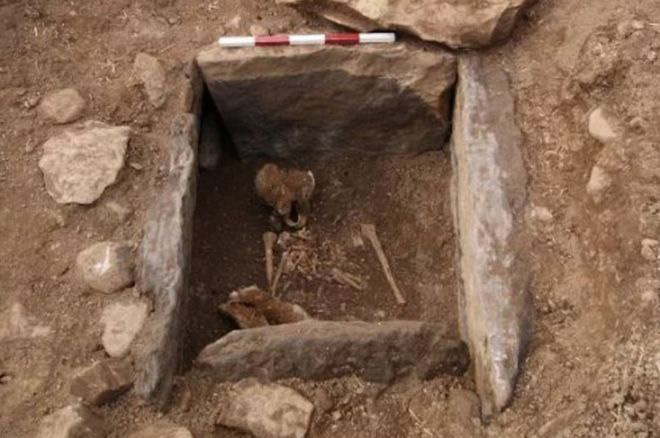 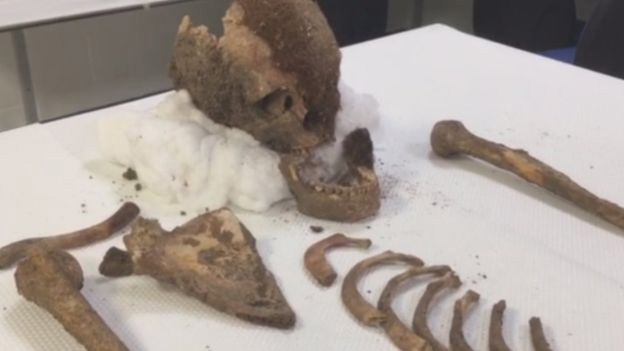 Young, 17 to 20, fairly tall. This would have been a catch for the ladies. The skeleton found is some 3,500 years old, comes from the Bronze Age.

According to Sanita Nezirovic, a lecturer in forensic science at the University of Derby who studied the bones, it is most likely a male, 17 to 21 years old and 175 to 179 cm tall.

The skeleton was found by chance in November 2017 by a farmer who was preparing his field for drainage near Rock, Northumberland.

Experts believe it would have been a handsome chap. “The features are so symmetric and almost perfectly aligned. His teeth seem absolutely beautiful, especially for the age. You think about 3,500 years ago. He has better teeth than most people nowadays almost. It is absolutely stunning,” Sanita Nezirovic says.

Nezirovic has studied hundreds of human remains dating from the Bronze Age to modern times. For each individual she creates a “presumptive profile,” determining data like the age, the sex, the height.

The data is based on the balance of probabilities. Ms Nezirovic could determine that the Nortumberland skeleton was an adult, based on the state of fusion of the skull and various other bones. Later she will determine the age more specifically.

The good preservation state of the bones can be attributed to the fact that the deceased was covered by some form of blanket, possibly horse hair – something used to cover the body when it was buried.