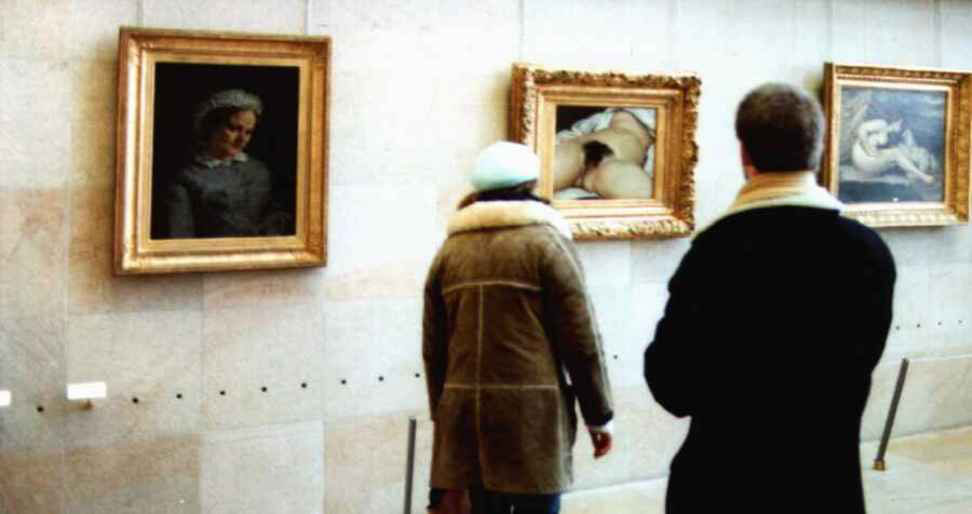 Lawsuit over ‟The Origin of the World”

Is Facebook perhaps confusing art with pornography? Google, the American social network colossus facing the charge of censorship, was summoned on Thursday in front a French court, to apologize for deleting a user’s account who had posted a photograph of Gustave Courbet’s painting “L’origine du monde/ The Origin of the World”.

The case began with a lawsuit filed by a French teacher accusing Facebook of deleting his personal account “without warning or justification” on February 27, 2011.

The account was closed after his posting of a photo, referring to a link with the painting’s story, of the famous Courbet work depicting a woman’s vagina. The teacher published the photo a few days after the Danish artist Frode Steinicke had experienced the same treatment by Facebook. The latter subsequently explained that its operating rules forbid nudity, but eventually proceeded to reactivate the Danish artist’s account, without the picture of the Courbet painting however.

On October 4, 2011, the French teacher went to court, demanding that Facebook reactivate his account in the name of freedom of expression in the social media.

For five years, Facebook has been involved in a legal battle, filing appeals to avoid French justice, its main argument being that since its seat is California, the company can only be tried in the United States.

In February 2016, the Paris Court of Appeals ended the dispute by confirming the competence of French justice to hear the appeal against Facebook.

The court of appeal has upheld a previous court ruling which had judged the exclusive jurisdiction clause signed by all Facebook users as “abusive” and specifies the district court of California as solely responsible for the hearing of lawsuits.

The French teacher’s lawyer Stéphane Cottineau then spoke of a ruling that will set a precedent and will oblige Facebook and all other foreign companies of electronic trade providing such clauses to modify their contract.

Stéphane Cottineau is satisfied that French law is now proceeding with the examination of the case’s particulars, arguing that the work of Gustave Courbet is “a major work of art and part of French cultural heritage.”

While mentioning of course that Facebook’s operational rules prohibit the posting of contents containing nudity, the lawyer notes that this painting is a depiction that is “glorified, made sublime, through the talent of the artist.”

The Origin of the World

Painted in 1866, the work had shocked the bourgeois society of its time. The painting’s commission is attributed to a Turkish diplomat living in Paris who, deep in debt, was obliged to sell it. The work was rarely exhibited in public in those days, it changed many hands and its last owner was psychoanalyst Jacques Lacan.

“Courbet painted many female nudes, sometimes in a very free manner. But in ‘The origin of the world’ he allows himself such a degree of daring and frankness that the painting becomes extremely compelling”, says the note accompanying the painting that is on display at the Musée d’Orsay. “And it is due to Courbet’s great craftsmanship, in his refinement of a range of colours and shades, that ‘The origin of the world’ is exempt from being branded as pornography”.