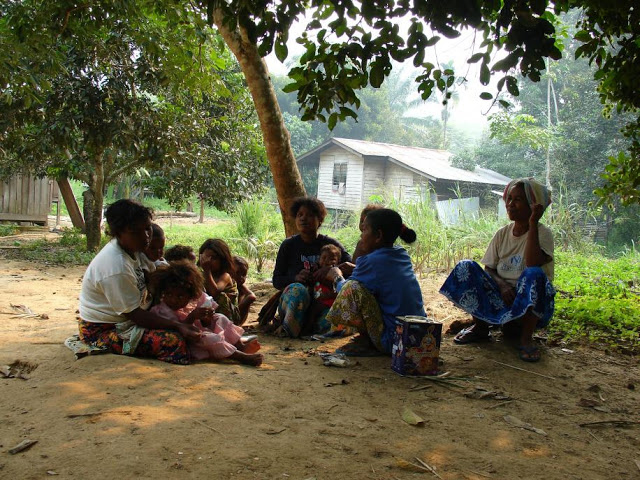 Jedek is an Aslian variety within the Austroasiatic language family

“Documentation of endangered minority languages such as Jedek is important, as it provides new insights into human cognition and culture,” says Joanne Yager, doctoral student at Lund University.

“Jedek is not a language spoken by an unknown tribe in the jungle, as you would perhaps imagine, but in a village previously studied by anthropologists. As linguists, we had a different set of questions and found something that the anthropologists missed,” says Niclas Burenhult, Associate Professor of General Linguistics at Lund University, who collected the first linguistic material from Jedek speakers.

The language is an Aslian variety within the Austroasiatic language family and is spoken by 280 people who are settled hunter-gatherers in northern Peninsular Malaysia.

The researchers discovered the language during a language documentation project, Tongues of the Semang, in which they visited several villages to collect language data from different groups who speak Aslian languages.

The discovery of Jedek was made while they were studying the Jahai language in the same area.

“We realised that a large part of the village spoke a different language. They used words, phonemes and grammatical structures that are not used in Jahai. Some of these words suggested a link with other Aslian languages spoken far away in other parts of the Malay Peninsula,” says Joanne Yager.

The community in which Jedek is spoken is more gender-equal than Western societies, there is almost no interpersonal violence, they consciously encourage their children not to compete, and there are no laws or courts. There are no professions either, rather everyone has the skills that are required in a hunter-gatherer community. This way of life is reflected in the language. There are no indigenous words for occupations or for courts of law, and no indigenous verbs to denote ownership such as borrow, steal, buy or sell, but there is a rich vocabulary of words to describe exchanging and sharing.

“There are so many ways to be human, but all too often our own modern and mainly urban societies are used as the yardstick for what is universally human. We have so much to learn, not least about ourselves, from the largely undocumented and endangered linguistic and cultural riches that are out there,” states Niclas Burenhult.

Joanne Yager and Niclas Burenhult have spent long periods of time working with speakers of Aslian languages. This is necessary in order to systematically study, observe and document the languages — it is not enough to simply conduct interviews.

“This work depends on devoted field workers with a strong passion for discovering more about linguistic diversity,” explains Niclas Burenhult.

The study is published in Linguistic Typology.