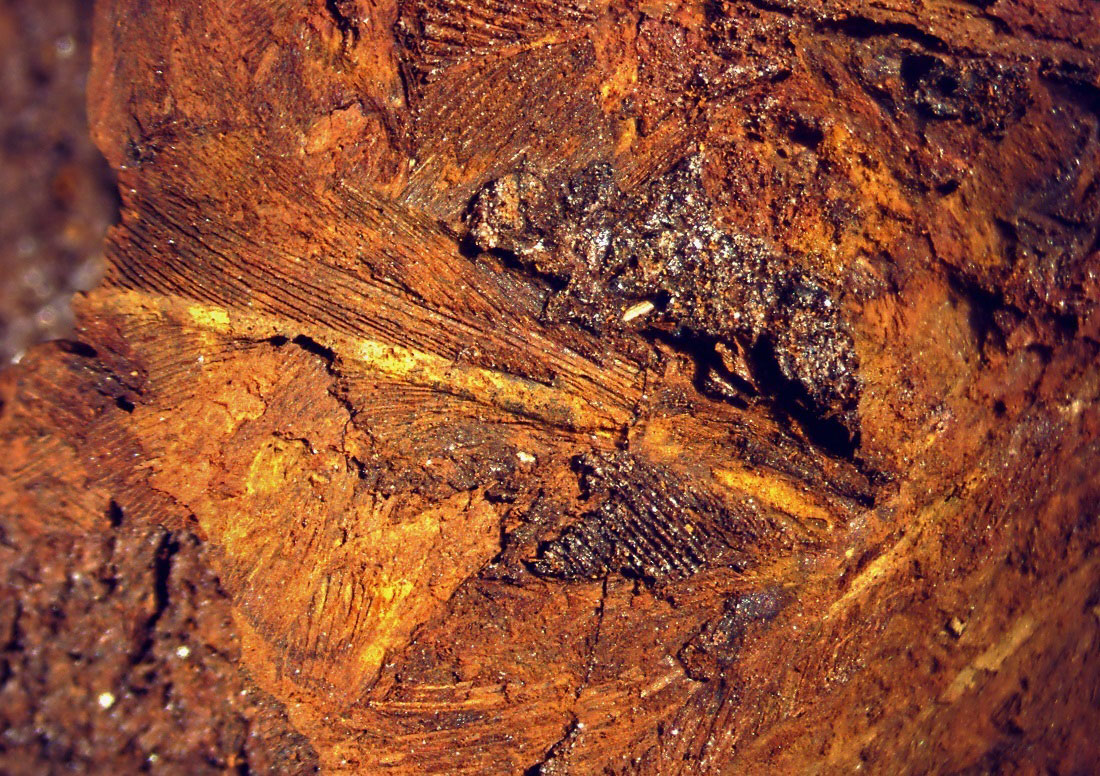 What Vikings really put in their pillows

Not too many people are able to identify birds by examining a single feather. But a number of folks need to know that sort of thing, and it can actually save lives.

Your pillows – if they’re not synthetic – are almost certainly filled with domestic goose or duck feathers. These are the most common types of fill used for this purpose today. But our ancestors weren’t always as discerning.

“Eagle-owls,” says Jørgen Rosvold, a postdoctoral fellow in the Department of Archaeology and Cultural History at the Norwegian University of Science and Technology (NTNU) University Museum.

Rosvold is among a handful of individuals in Norway who can identify birds based solely on their feathers. He examined a pillow from a Viking grave and found feathers from Europe’s largest owl in it, along with feather residues from a variety of other species.

“This shows that the Vikings valued feathers as an important resource,” Rosvold says.

Rosvold is part of an NTNU down project (Dunprosjektet), where one of the goals is to develop methods to identify small bits of feather residue. It’s not always easy to tell what species a feather comes from, especially if only small fragments of feathers remain.

“Sometimes all you can say for sure is that a feather comes from a duck,” says Rosvold.

But not always what kind of duck. Some feathers are just too similar to be certain what species it comes from. You might be able to say whether a feather comes from a game bird or a sparrow, but not always much beyond that.

“It depends on how well preserved the feather is, the kind of feather and whether the species has close relatives,” he says.

Rosvold can identify some feathers down to the specific species. The NTNU University Museum has a large collection, and if he’s able to first determine which family the bird belongs to, he can compare it with specimens from the collection.

As a rule, the underneath, most downy parts of feathers have distinctive features that make it possible to identify the former owner. The smallest branches of a feather, called barbules, are the most useful. Their shape and distribution of different growths, tiny irregularities and the colour can provide clues.

“You can see the pigmentation really well, even after a long time,” says Rosvold.For example, you can see pigmentation in feathers from early Viking times, around 800 CE. Game birds are recognizable by the rings around their barbules. Duck feathers have distinctive triangular growths.

“In some cases, if we’re unable to identify a feather beyond the family level with microscopes, we can make more headway using DNA analyses. The analyses are easier when we’ve narrowed down the range of possible birds,” says Rosvold.

But this is clearly an art for specialists. Conservator Leena Aulikki Airola at the NTNU University Museum is skilled at detecting the impression of feathers in metal, among other things. This can happen when a sword is laid on a feather pillow in a Viking grave, for example. Over the years, the sword corrodes and the feathers in the pillow become covered with the rusty metal.

Cooperation between birds and people

As part of the project, researchers are studying Swedish and Norwegian grave discoveries from the Nordic Iron Age, including the Oseberg grave, to find out which birds the feathers come from.

One of the main goals for the down project is to find out when people established eider farming on the Helgeland coast and in central Norway. These are areas along the coast where people provide nesting shelters for eider ducks to return to year after year.

Eider farmers build nesting boxes and protect the ducks, which in turn leave large amounts of down behind. But we don’t yet know how long this cooperation between birds and people has existed.

“The cooperation goes way back in time. We’ve found a few eider feathers, but also a lot of assorted feathers,” says Rosvold.

For a long time people simply took what they had available to stuff their pillows.The researchers have found feather samples that date as far back as the late Germanic Iron (or Merovingian) Age, from around 570 and through the Viking era. No earlier use of feathers in Norway has been discovered, but that doesn’t mean that it didn’t take place. The Romans used a lot of feathers in their pillows, for example.

Useful for others, too

Archaeologists and biologists aren’t the only ones who may be interested in these results. Identifying birds by their feathers may be important in other fields as well.

Any of us might be curious to find out just what kind of feather we found on our woods walk the other day.

Biologists find it useful to identify feathers from scat and pellets, which are undigested parts of food that are regurgitated by birds, to determine what they’ve been eating. Feathers from bird houses can tell us who lived there.

But knowing your feathers can also potentially solve crimes or save lives, such as for investigators who need to collect evidence. One specialist in the United States works primarily with feathers from birds that have collided with airplanes. Finding out what kind of bird crashed into the plane might enable you to take action to reduce the risks.Those microscopic details could end up being really important.