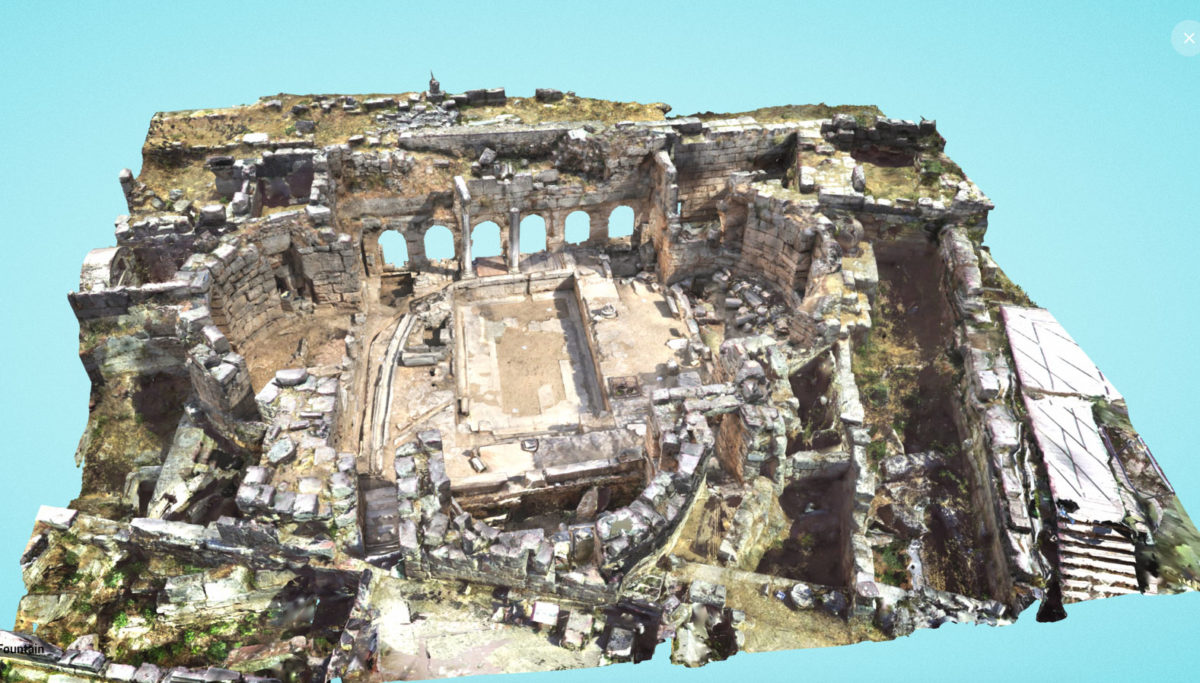 3D representation of Ancient Corinth and other monuments

CyArk and Google Arts & Culture have teamed up

Google Arts & Culture and the non-profit organization CyArk are collaborating to create the biggest 3D online archive of the world’s endangered cultural monuments. The initiative’s aim is to preserve global culture, which in the case of Greece includes the digitization of Ancient Corinth.

In this first stage of the project, high resolution 3D representations of more than 25 monuments from various places on Earth have been released. To capture the detailed 3D representations CyArk uses cutting edge technology: laser scanning, drones, photogrammetry.

The idea started when Ben Kacyra watched the Taliban destroying 1,500-year-old Buddhas in the Bamiyan valley on television and felt he had to do something about it. Kacyra is one of the creators of the world’s first three-dimensional laser scanning systems. He realized that this technology could be used to capture for the generations to come monuments which are in danger of destruction due to natural disasters, human aggression or the passage of time.

This is why he created CyArk, in order to create the most complete 3D digital archive of global monuments. Then, Google Arts & Culture has teamed up with CyArk giving everyone digital access to the monuments.

With the help of modern technologies, the pictures of the digitized monuments feature the highest detail and greatest accuracy ever achieved. These detailed representations can also be used in order to locate sites that have been damaged and to support efforts for their restoration.

Smartphone and computer users can now take a virtual tour through the monuments. Thanks to this new web “exhibition”, users can explore more than 25 historical sites in 18 countries of the world, as the Al Azem Palace in the war-torn Damascus in Syria or the Mayan capital Chichén Itzá in Mexico.

For many of these archaeological monuments, Google has also created complex 3D models which allow users to admire them from every angle by using the new Google Poly 3D viewer in the Google Arts & Culture platform.

From Greece the city of Ancient Corinth has been included, which was massively destroyed by the earthquakes in 365 BC and 375 BC, and later rebuilt. In 856 AD another earthquake killed thousands of people. Until the 1800s the ancient city had been covered by new constructions, while the earthquake of 1858 completely destroyed the city and led to the beginning of the archaeological excavations.

The digitization of the monument, which is regarded as being under constant threat, preserves for the future generations all remains of Greek and Roman architecture in the area. Furthermore, because of the ongoing excavations, some archaeological areas cannot be visited at the moment, which means that the digital representation allows visitors to go there on a virtual tour and thus gives access for the first time to this ancient architectural wonder.

During the last seven years, Google has collaborated with more than 1,500 museum in more than 70 countries to give easy access via the Internet to relics of global culture. The new initiative marks a new chapter in the history of Google Arts & Culture, as it is the first time that the platform hosts cultural heritage works in 3D form.

To look at the 3D digital representation of Ancient Corinth click here.