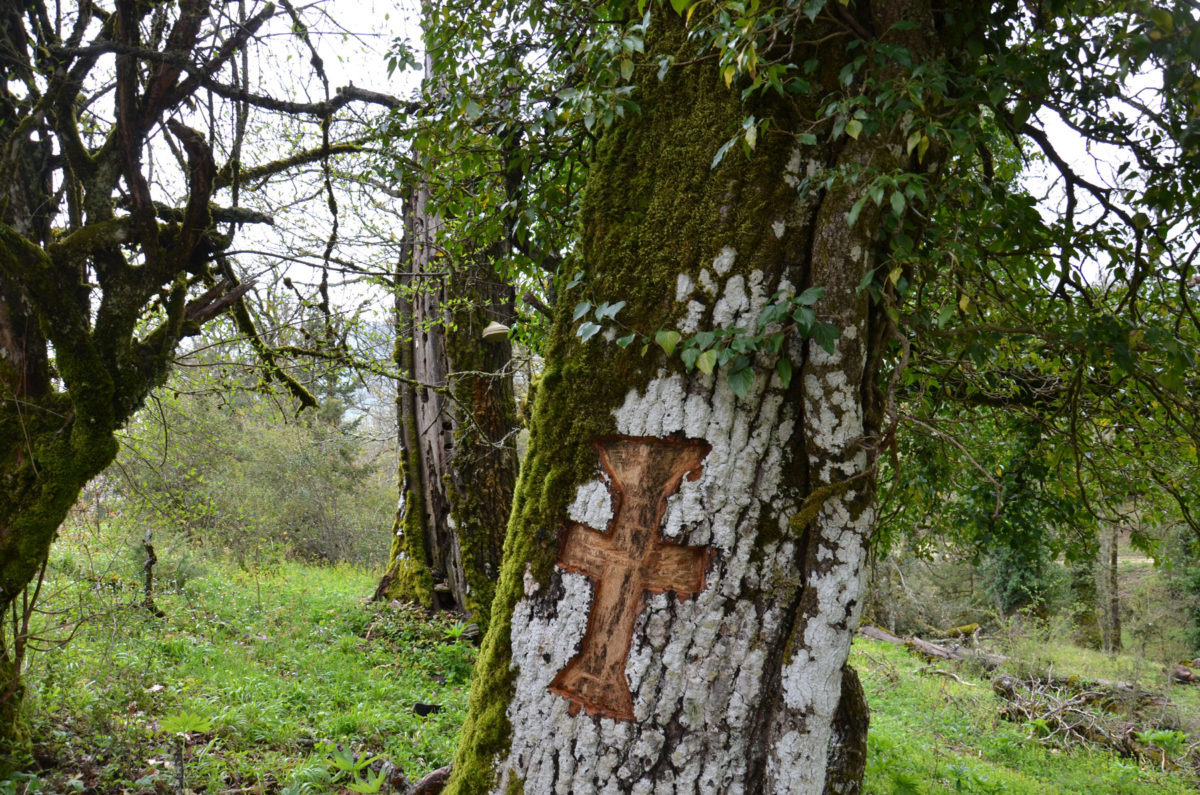 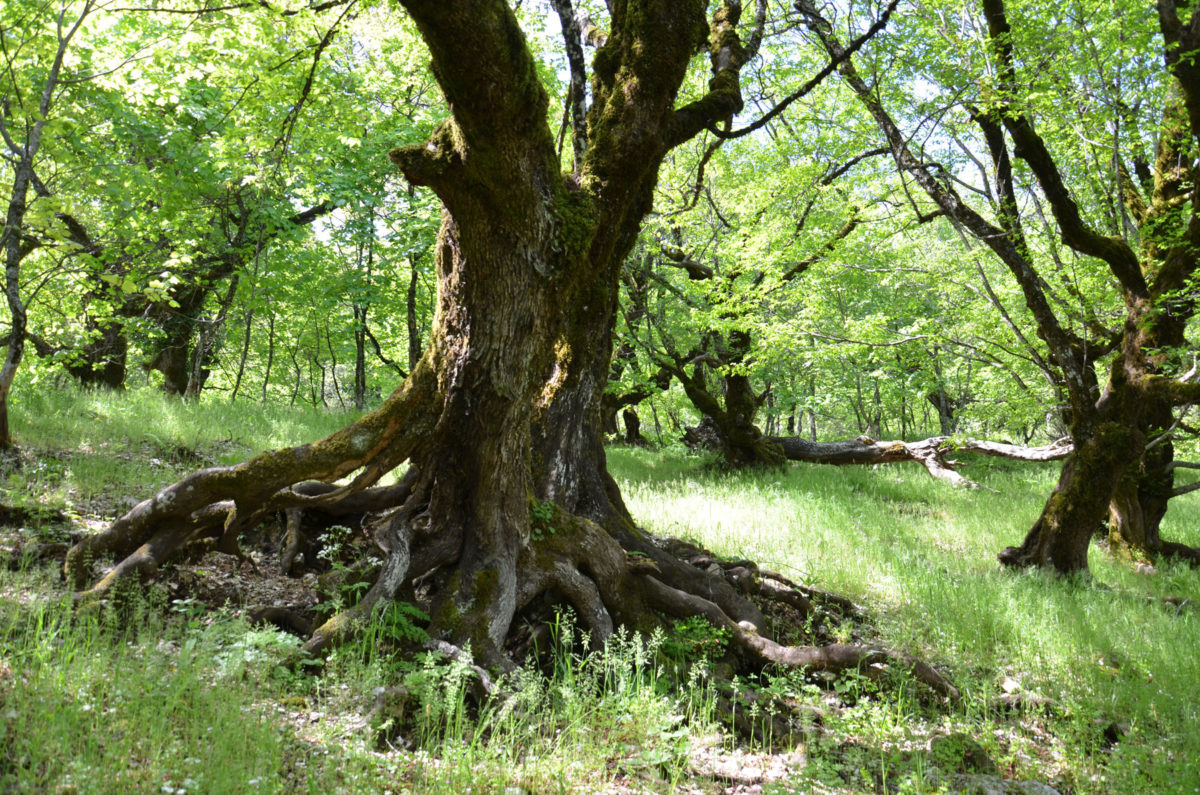 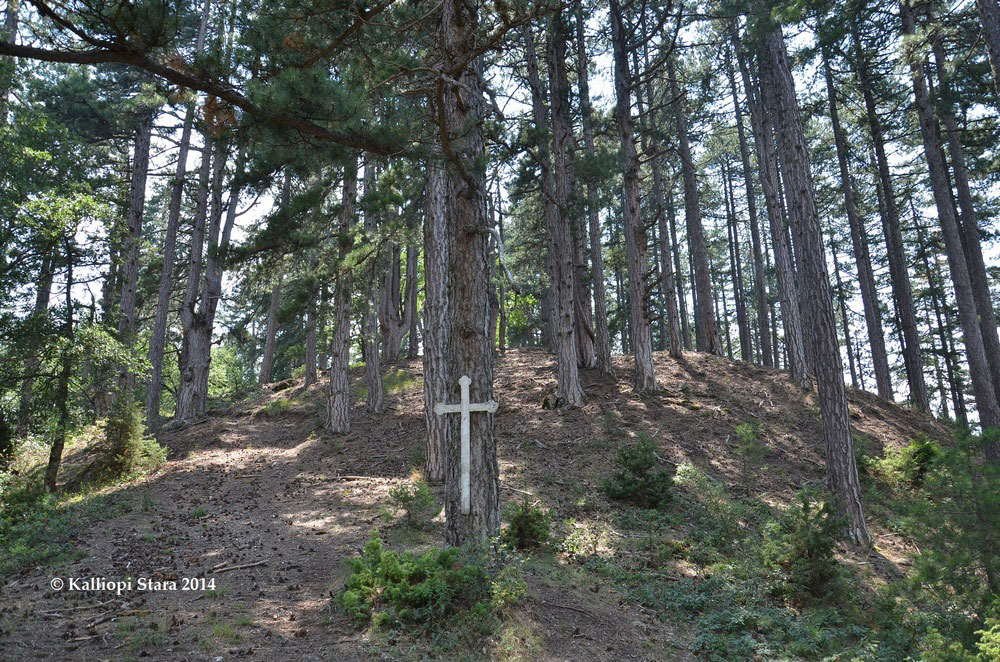 The sacred forests of Zagori and Konitsa

The fear of God’s punishment has “guarded” nature spots

Excommunications, curses and … fear that the wrath of God would fall on them (!) kept the people of Zagori and Konitsa away from the “sacred sites”; the forests or the nature spots given this name because of churches or chapels being close by. Biodiversity has been kept untouched in these parts by centuries old trees, since the villagers in fear of divine punishment never cut wood from there and avoided gathering mushrooms, berries and even herbs and grasses!

The conservation of nature through religion and the “sacred forests” of Epirus was the theme of a big research project, incorporated into the recently completed “Thales” programme of the University of Ioannina with the collaboration of 38 scientists from different universities and specialties. The project’s objective was to systematically record the centuries old forests and trees usually found in places of worship in the region of Zagori and Konitsa and to trace the biological characteristics of each one and the stories and folklore they are associated with. The sacred forests of Zagori and Konitsa were in fact included in the network of the Natural Sacred Sites of the planet and UNESCO’s National Index of Intangible Cultural Heritage as unique examples of successful environmental management through interventions related to religion.

“Our long-term work in mountainous Epirus resulted in our recording wooded areas in practically every settlement of the Zagori and Konitsa municipalities, where specific practices were or were not allowed under conditions jointly agreed on by the Community and the Church. These forests have been preserved either as places dedicated to certain Saints whose church is located in the area or is the main church of the settlement or as desanctified forests” explains Ms Stara, one of the project’s researchers, to the Athens and Macedonian News Agency.

According to Ms Stara, the greatest fear in people’s consciousness was not of the forest warden but of the forest’s supernatural guardian and, even today violation of the rules is believed to result in punishment of a supernatural nature.

“The locals did not cut wood from the sacred woods, because they feared punishment; they believed that the trees, even the grasses and the mushrooms belonged to the Saint of some church” says Ms Stara.

According to the study, such forests are usually referred to locally as church property, vakfs, meadows or desanctified forests. The most important reason for their creation and use, as the locals themselves explained, regards the protection of neighbouring settlements from landslides and avalanches

In addition, some forests have preserved significant natural resources, ensuring their use for all community members. A typical example are the springs or thickets used as “stalls/shady places” for Community flocks. Some forests also function as forest reserves to serve the communities’ needs on regular or special occasions.

As recorded in the study, the preservation of nature through supernatural beliefs and fears prevailed in the years of Ottoman Rule (1479-1913) when the Church was in the unusual position of substituting for political power and the judiciary authorities. At that same period, excommunication as a secular and political weapon at both a preventive and repressive level was quite popular in resolving economic and social issues, such as the theft of objects and the claims of pastures, substituting its political context by acting as a mechanism of fear for Christians of that era regarding the loss of their souls’ salvation.

“They essentially spread fear to create moral dilemmas in people and ultimately to protect the forests” explains Ms Stara.

It should be noted that for the most part the “sacred forests” are not church property but communal or public land. Nevertheless, the people of the communities recognize the Church as their customary manager.

Researchers collected many narratives from locals in which there are frequent references to the consequences they have faced when gathering wood or grasses from a sacred forest.

“They often talk about the appearance of supernatural guardians of the forest or their emissaries such as gigantic snakes in the dreams of the transgressors, but also about punishments that vary from momentary transformation into stone to light or heavy accidents and even delayed serious illnesses or sudden deaths” says Ms Stara.

To date, results from the dating of sacred forests’ trees prove that these are between 250-400 years old, which places them in the era prior to 1750.It is recorded in the research that in those times, excommunications, at least in Zagori, were quite popular for solving issues of an economic or social nature.

Nowadays, oblivion is one of the greatest threats facing the Holy Nature spots. The handful of people who carry on living in the villages of Zagori and Konitsa, and especially the old ones, know about their sacred forests. “But” say the researchers, “let us not forget that according to the latest population census (2011), these are the two most sparsely populated municipalities in the country, and are largely or totally deserted in wintertime.”

“The old people, and especially those who lived in the village, tell stories that speak of the wrath of God as a reaction to the desecration of their holy site, but often, the locals who have lived in the cities and return as pensioners or those who are educated, dismiss the fear of supernatural punishment as superstition. The latter, like the younger villagers, when aware of these forests’ existence, speak of the need to preserve them, no longer out of fear of supernatural powers,  but rather from respect for nature and the history of their land”, the researchers conclude.