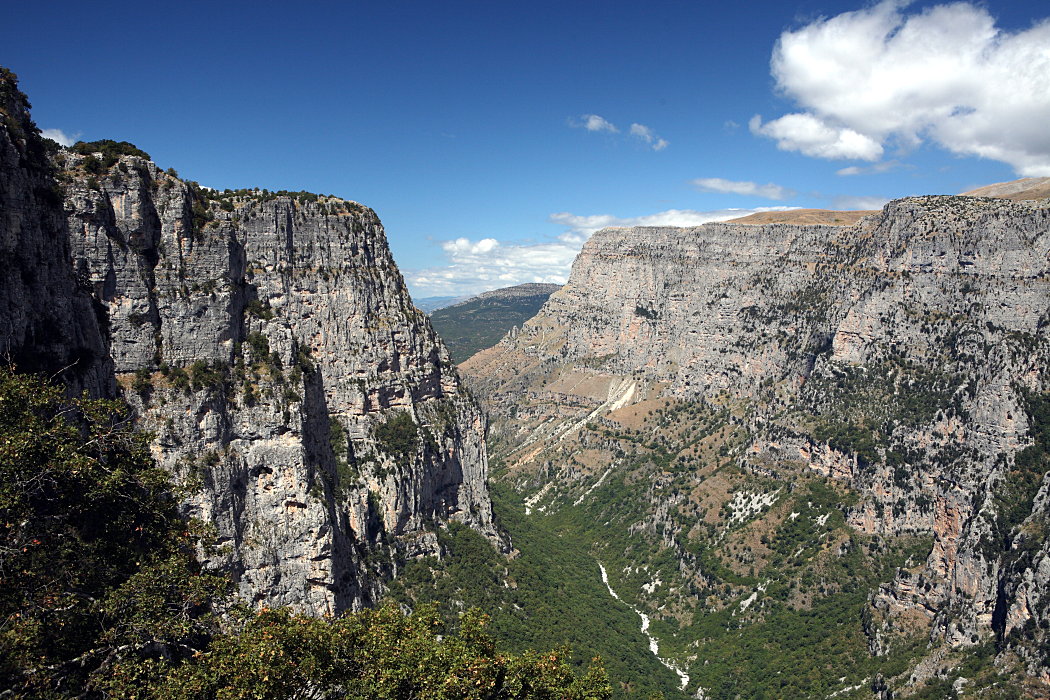 Zagori to be proposed for UNESCO’s World Heritage list

As a "cultural landscape"

To be selected for the World Heritage list a cultural landscape should: represent a masterpiece of human creative genius, exhibit an important interchange of human values on developments in architecture or technology, monumental arts, town-planning or landscape design, bear a unique or at least exceptional testimony to a cultural tradition which is living ot which has disappeared, be directly or tangibly associated with events, traditions, ideas, beliefs or works of outstanding universal significance etc.

Protection of cultural landscapes can contribute to modern techniques of sustainable land-use and can also maintain or enhance natural values in the landscapes. It is also helpful in maintaining biological diversity.

Zagorochoria have been on the UNESCO Tentative List for the last two years – which is one of the conditions for inclusion to the World Heritage list.

“It is with great joy that the Ministry of Culture and Sports announces its decision to finalise its proposal for the inclusion of Zagori in the UNESCO World Heritage Monuments List,” said Culture and Sports Minister Kostas Tassoulas last Wednesday.

The place behind the mountains

Zagori (“the place behind the mountains”, from the Slavic za “behind” and gora “mountain”) constitutes a distinctive geographic and cultural unit of great architectural and environmental interest.

The villages of Zagori are an important example of a well-preserved natural and cultural environment. The ecological and geophysical conditions on the one hand, and the historical circumstances -particularly of the Ottoman period- on the other, might give the impression of a closed and impregnable cultural unit; however, this could not be further from the truth.

The famous Zagorisian taksidiotismos (emigration and love of travel) originated from the special relationship of the area with the Ottoman administration. Zagorisian emigration, whose dramatic character is so eloquently reflected in the local folksongs (demotika tragoudia) and oral tradition, was linked to complex historical circumstances (concentration of land, heavy taxation, etc.). Gradually, emigration brought Zagori great wealth, which was invested not only in the exceptional examples of vernacular architecture (houses, bridges, churches, etc.) but also in the cultivation of letters and intellectual creativity in general.

The multifarious influences from the Balkans, Central Europe and the Mediterranean, as well as Constantinople, Asia Minor and the Black Sea, were creatively assimilated and led to the shaping of the unique Zagorisian cultural identity, which is imprinted in the architectural vernacular of Zagori and in the rich oral, musical and dance tradition of its people. Their autonomous establishment and development through time, together with rich intangible cultural heritage that has evolved and been preserved in the area to the present day, make the Zagorochoria a unique example of combined cultural heritage (their particular vernacular architecture and oral traditions) and intact natural environment of universal value.

As a mixed cultural and natural heritage site, the Zagorochoria meet the required authenticity and integrity criteria. Many Zagori villages have been designated by the Ministry of Culture and Sports as monuments, due to their historical and architectural value, and as traditional villages by the Ministry of the Environment, which also protects natural landscapes. Individual buildings are also listed monuments. The monuments of the area are preserved in very good condition and the villages retain the form they assumed during the peak of traditional society in Epirus (mid 18th century).