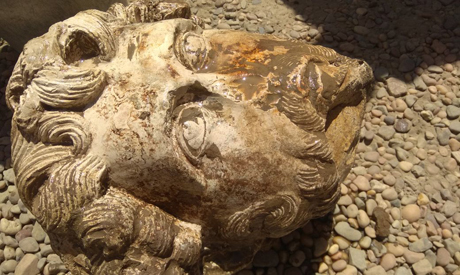 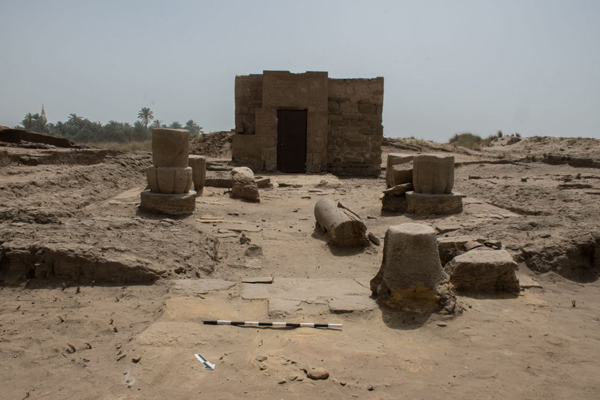 Two discoveries in Luxor and Aswan

An Archaeological Egyptian Mission from the Ministry of Antiquities working at the south part of Karnak Temples’ 10th pylon, has uncovered architectural elements of god
Osiris-Ptah-Neb shrine.

Dr. Ayman Ashmawy, Head of the Ancient Egyptian Antiquities Sector at the Ministry of Antiquities announced and pointed out that the shrine is one of the most important shrines to be constructed for god Osiris inside the temples of Karnak during the late period because it is located at the southern side of god Amun-Re Temple and not to the east or north side as known in the ancient Egyptian belief.

The shrine is located to the south of the 10th  pylon of god Amun-Re temple, in the area between both temples of Amun and Mut to the east of the Avenu of Sphinxes.
Essam Nagy, Head of the Mission explains that the shrine dates back to the late 25th Dynasty, when the importance god Osiris appears was linked to the Avenue of Sphinxes and Mut temple.

The architectural lso nts [sic] uncovered by the mission consist of the entrance of the shrine, columns and inner walls, as well as  remains of a third chamber, foundations
stones and the shrine’s floor.

Nagy said that the discovery includes also a collection of Pottery, the lower part of a siting statue, part of a stone panel depicting an offering table filled with a ram and a goose, which are symbols of god Amun the master of Karnak temples. On top of the panel there is the winged sun-disk.

The shrine depicts the names of Kings Taharka and Tanout Amun, the last king of the 25th Dynasty.

In Aswan, another Egyptian mission discovered a head of the Roman Emperor Marcus Aurelius with a wavy hair and beard. Dr. Ashmawy describes the head as unique because
it is rarely to find statues that belong to such emperor.