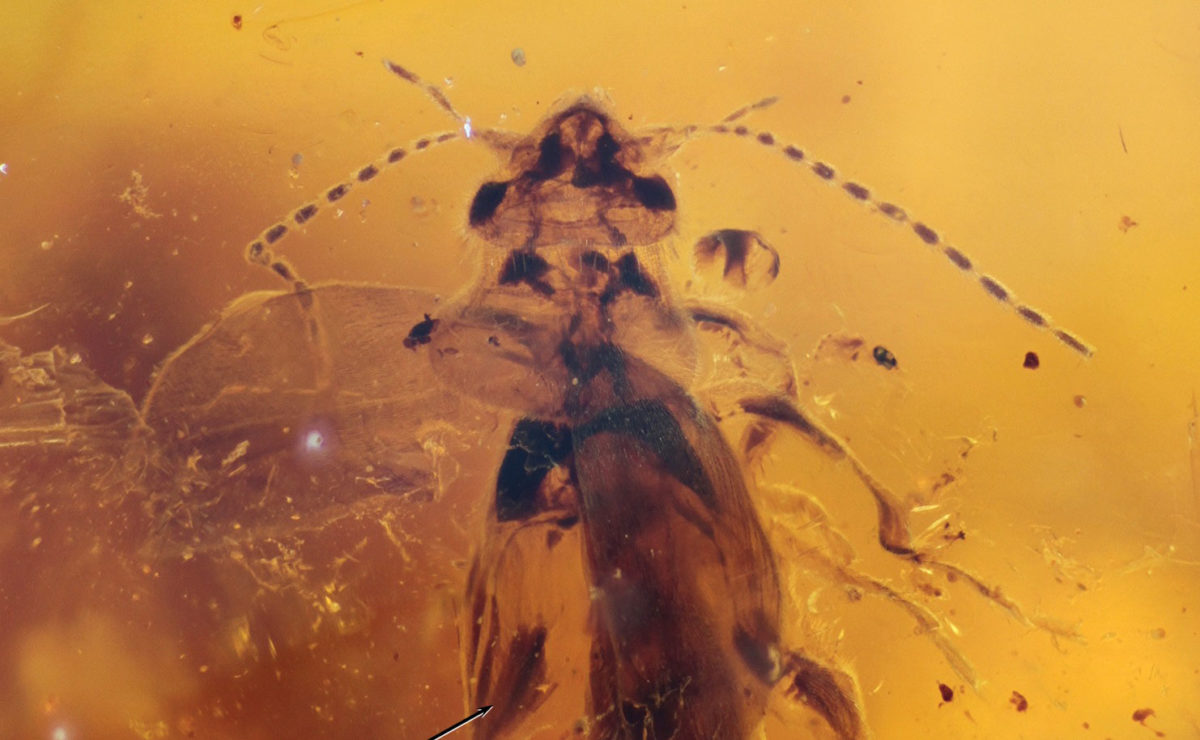 Can amber record the biodiversity of terrestrial ecosystems that disappeared long ago?

When we see a ring or glassware made of amber, most of the times we think about its aesthetic or economic value. Scientists see these fossil resin pieces –able to keep trapped insects from millions of years ago– as an open window to debate on the biodiversity of the planet from millions of years ago. However, can amber record the biodiversity of terrestrial ecosystems that disappeared long ago?

Amber pieces cannot represent the complexity of the community of arthropods from old forests, according to a study published in the journal Proceedings of the National Academy of Sciences (PNAS), carried out in the forests in Madagascar. This study, conducted by eight researchers from Spain, Germany and the United States, counts on the participation of Xavier Delclòs, from the Faculty of Earth Sciences and the Biodiversity Research Institute of the University of Barcelona (IRbio); Mónica M. Solórzano Kraemer, from the Seckenberg Research Institute Frankfurt (Germany), and Enrique Peñalver, from the Geological and Mining Institute of Spain (IGME), among others.

Studying the past with phenomena from the present

It is important to observe the present in order to study the past. The principle of uniformitarianism –established by the naturalist Charles Lyell, well-known among modern geology- considers natural process that acted in the past to be the same ones acting in the present and doing so with the same intensity. Under this perspective, the scientific team studied in situ the entrapment process of arthropods by resin from the plant Hymenaea verrucosa, a resinous leguminous angiosperm found in Madagascar lowland forests.

According to Mónica Solórzano, first signer of the article, “conservation of plant and arthropod remains –mainly insects and spiders– in amber is unique. Many times we can find arthropods interacting between them or showing one of their vital behaviours in the fossil”.

Amber is an open window to past forests, “but it has always been said that whatever we see through amber in order to reconstruct species and the ecological features was quite incomplete. Trying to find this out with rigorous data in our hands took us to Madagascar”, says the researcher Enrique Peñalver (IGME).

According to Xavier Delclòs (UB-IRBio), “it was not easy to find areas with resinous areas to collect resin with trapped organisms and place different insect traps. When arriving to the Madagascan, it was exciting to see the same process that took place in the Dominican Republic and in Mexico about 15 and 22 million years ago. Lost around Madagascar, we could see the first phases of the origins of materials with gemmological value with many scientific data on the evolution of arthropods”.

What if amber is tricky?

Since 2013, this team has been collecting resin samples of these trees and trapped insects, arachnids, myriapoda, and related terrestrial crustacean. They gathered a total of 20,000 samples of arthropods from Madagascan forests. The final aim was to compare what resin had trapped with the abundant organisms of the environment. “We were aware that we had travelled back in time, but the main objective was to get a lot of data to compare statistically to solve this doubt: if amber is tricky in some aspects, let’s see how it tricks us so that we can correct our view of the past”, says Enrique Peñalver (IGME).

A forest displays many diverse environments and the forest ecosystem is not a pile up of each thing that happens in a tree. According to Xavier Delclòs (UB-IRBio), “the main results of the study show that we can only see whatever happened in the tree through the “window” the amber represents –from the floor and through the trunk– but we do not get any representation of the community of arthropods of that forest as a whole. It’s like the trees didn’t let us see the forest”.

New perspectives for a better understanding of amber fossil records

Interpretation of the past –or the fossils it left us- is not an easy task and it usually takes a lot of complex analysis out of big databases. The new study reveals the limitations of information that comes from amber. The article in the journal PNAS opens new perspectives for a better understanding of the amber fossil records which are older and caused by gymnosperms (for instance, Spain’s amber from 105 million years ago or the amber in the Baltics from 44 million years ago).

According to Mónica Solórzano, “these results are not discouraging but instead they represent an opportunity to improve studies that were conducted on amber. There are other data resources –paleoclimatology, fossilized pollen in rocks with amber– that we should add to see the forest”.

The new study was funded by the Ministry of the Spanish Economy, Industry and Competitiveness, National Geographic group and Volkswagen Foundation.