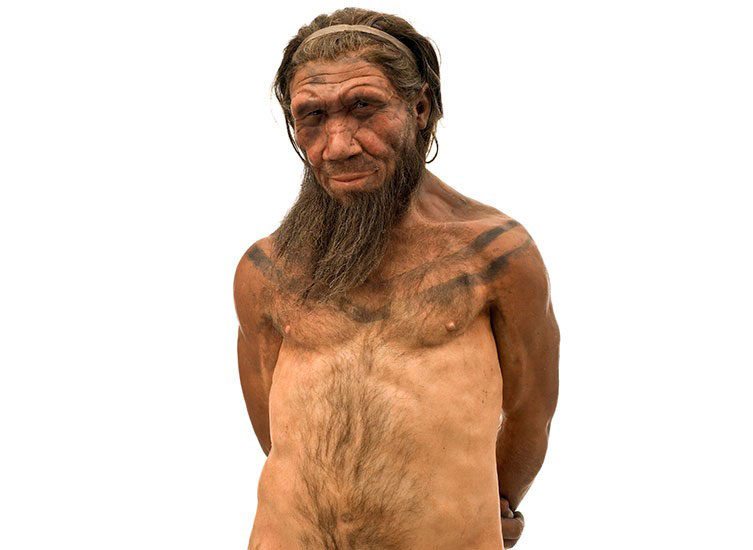 The age old seafarers of the Aegean

Homer’s Odysseus is the epitome of the wandering traveller and seafarer. But it now seems more and more likely that he had predecessors and much older ones in fact who “ploughed” the Aegean and other seas of the Eastern Mediterranean many tens of thousands of years earlier.

Almost ten years ago, when scientists announced for the first time that they had found stone tools on Crete at least 130,000 years old, this impressive claim was treated with skepticism.

Since then however new data has accumulated, reinforcing the certainty that tens of thousands of years ago daring travellers had crossed the sea and arrived at Crete and other islands. In fact it cannot be ruled out that these were Neanderthals, the “cousins” of modern man/Homo sapiens, according to a publication in Science, a top scientific journal.

In his presentation in April at the Society for American Archaeology, archaeologist Alan Simmons of the University of Nevada in Las Vegas mentioned that the new finds suggest that the impetus for sea travel as well as the know-how required for this, is much older than what is usually believed.

“Till very recently, the orthodox view was that there were no seafarers till the Early Bronze Age. We are now talking about Neanderthal sailors. This is a dramatic change”, added archaeologist John Cherry of Brown University, Rhode Island.

For many years, the dominant scientific view was that the ability to construct a boat and then navigate to a distant destination only became possible after the appearance of agriculture, the domestication of animals, cities and culture. The oldest known boat in the world that has been found in the Netherlands dates from approximately 10,000 years ago, a date that seems to confirm the dominant theory regarding sea travel.

Likewise, the most ancient convincing evidence of travel by sailing boat comes from the Old Kingdom of Egypt around 2500 BC, while the oldest evidence of crossing the ocean between India and Arabia dates from about 2000 BC.

Gradually, however, a new scientific “narrative” begins to surface and it directly concerns the seas of the region later called Greece. Stone tools, bones and other scattered objects slowly tell a very different story, although naturally it is almost impossible for wooden boats to have survived down to our times.

The beginnings were in East Asia. It seems that ancestors of ours who belonged to the species “Homo erectus” crossed several kilometres of deep seas, before at least one million years, going from one island of Indonesia to another. Moreover, about 65,000 year ago, our “Homo sapiens” ancestors reached Australia by sea.

In both cases, there is however a scientific counter argument that these were most likely accidental travels. For example, a tsunami may have swept some people into the sea –preferably with some big piece of wood they could clamber on to – and then helped by currents they ended up on some distant islands.

On the contrary, in the case of the Aegean and the Eastern Mediterranean, recent evidence points towards proper navigation. There was always a question as to how Crete was inhabited, having been an island for over five million years.

Between 2008 and 2009 a Greek-American scientific team found hundreds of stone tools in the southern coastal region of Plakias. These tools had great similarities with ones used by the Homo erectus at least one million years earlier, and likewise by the Neanderthal 130.000 years ago.

One of the researchers, Thomas Strasser of Providence College, Rhode Island, argued that the said tools were evidence of sea migrations by the Neanderthal from the Near and Middle East towards Europe. An attempt to date the tools lead them to being estimated as at least 130,000 years old, but doubts remained about their age, which did not help break the skepticism of other scientists regarding such a daring theory.

Subsequently however, there were other finds possibly of Neanderthal origin, as for example in Stelida, Naxos, which even during the last ice age, when the level of the waters was lower, is believed to have been only accessible by sea. It was there that another Greek –Canadian team with the collaboration of Tristan Carter of McMaster University, discovered in a flint quarry hundreds of stone tools (more advanced in their method of construction than those in Crete). Among them were hand axes that look like tools crafted both by the Neanderthal and the Homo sapiens between 50,0000 and 200,000 years ago.

The dating of these tools is still in progress and the results are anticipated with interest. This may very well confirm their great age and thus give fresh “points″ to the scenario regarding ancient seafarers in the Aegean.

More Paleolithic tools have also been discovered in the Ionian Islands, mainly on Zakynthos and Cephalonia. This, according to Simmons, indicates that “humans had come and gone from the islands at a far earlier date than we had thought”.

But for some islands there were doubts as to exactly when they were cut off from the mainland and became islands. Such, for example, is the case of Limnos, where archaeologist Nikos Efstratiou from the Aristotle University of Thessaloniki believes he has found a Palaeolithic hunting shelter over 10,000 years old.

Whatever the case, it is certain that over the next few years more facts will come to light about all the Ulysses that came before Ulysses and then a new Homer will be needed so as to write their epic!