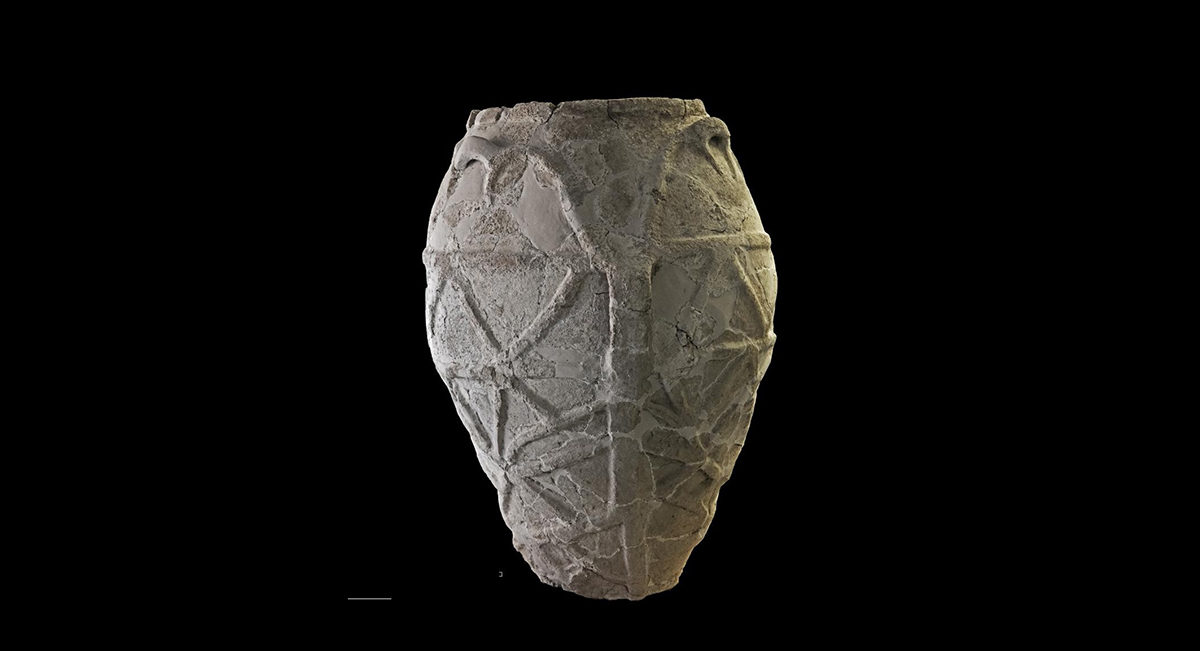 Identification of its chemical signatures

Olive oil is a staple of Italian cuisine. It’s been that way for thousands of years. And new chemical analysis conducted on ancient pottery proves the liquid gold has existed in Italy hundreds of years longer than what anthropologists have previously recorded.

A team of researchers lead by Davide Tanasi, PhD, assistant professor of history at the University of South Florida, carried out chemical analyses to identify the content of a large jar, found in the 90s by Giuseppe Voza during the excavations at the site of Castelluccio. Conservators at the Archaeological Museum of Siracusa restored and reassembled 400 ceramic fragments, resulting in an egg-shaped 3 ½ foot storage container adorned with rope bands and three vertical handles on each side. At the same architectural site in Castelluccio in Sicily, researchers found two fragmented basins with an internal septum, indicating it was used to keep multiple substances together, but separate, along with a large terracotta cooking plate.

“The shape of this storage container and the nearby septum was like nothing else Voza found at the site in Castelluccio,” said Dr. Tanasi. “It had the signature of Sicilian tableware dated to the end of the 3rd and beginning of the 2nd millennium BCE (Early Bronze Age). We wanted to learn how it was used, so we conducted chemical analysis on organic residues found inside.”

In the study published in Analytical Methods, Dr. Tanasi tested the three artifacts using techniques traditionally and successfully used on archaeological pottery: Gas Chromatography, Mass Spectrometry and Nuclear Magnetic Resonance. His team found organic residue from all three samples contained oleic and linoleic acids, signatures of olive oil. They conclude the artifacts are from the Sicilian Early Bronze Age due to their location and peculiar shapes.

“The results obtained with the three samples from Castelluccio become the first chemical evidence of the oldest olive oil in Italian prehistory, pushing back the hands of the clock for the systematic olive oil production by at least 700 years,” said Tanasi.

The only known identification of chemical signatures of olive oil are from storage jars discovered in southern Italy in Cosenza and Lecce believed to be from the 12th and 11th century BCE (Copper Age).