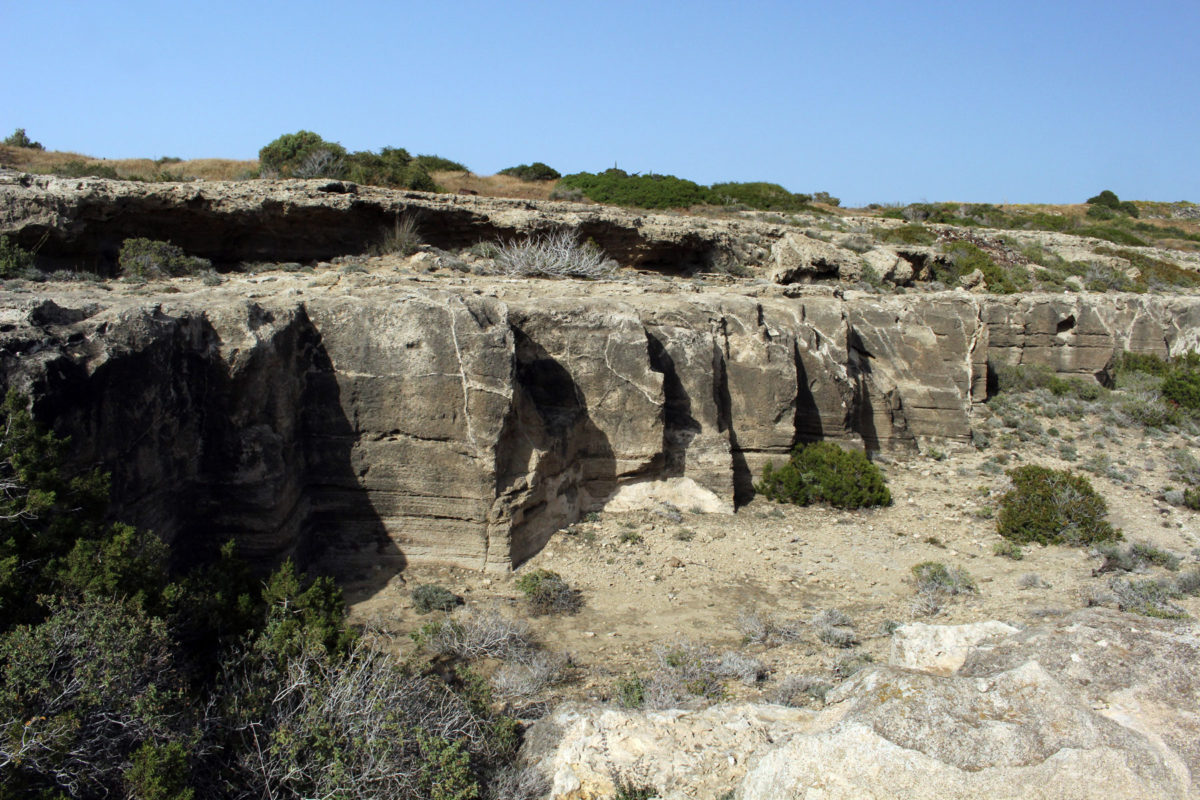 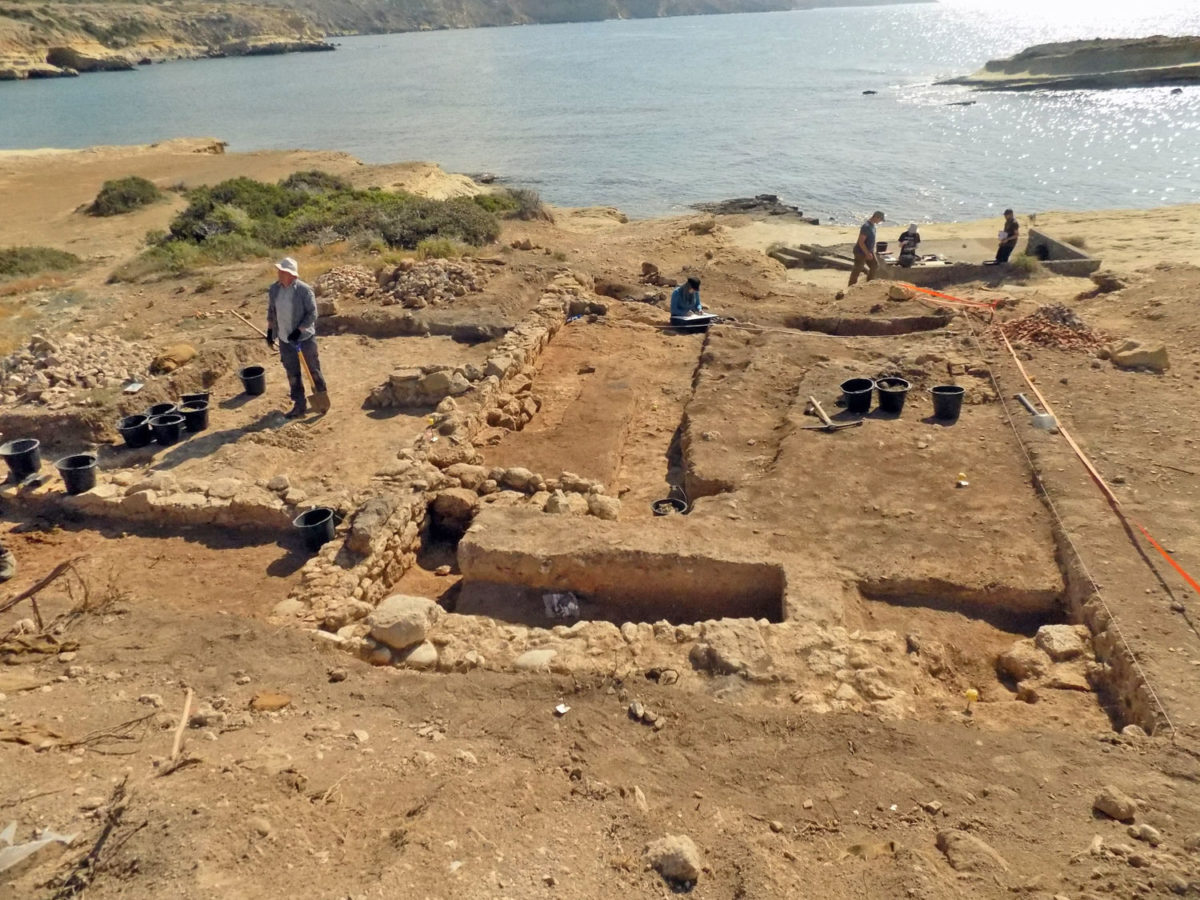 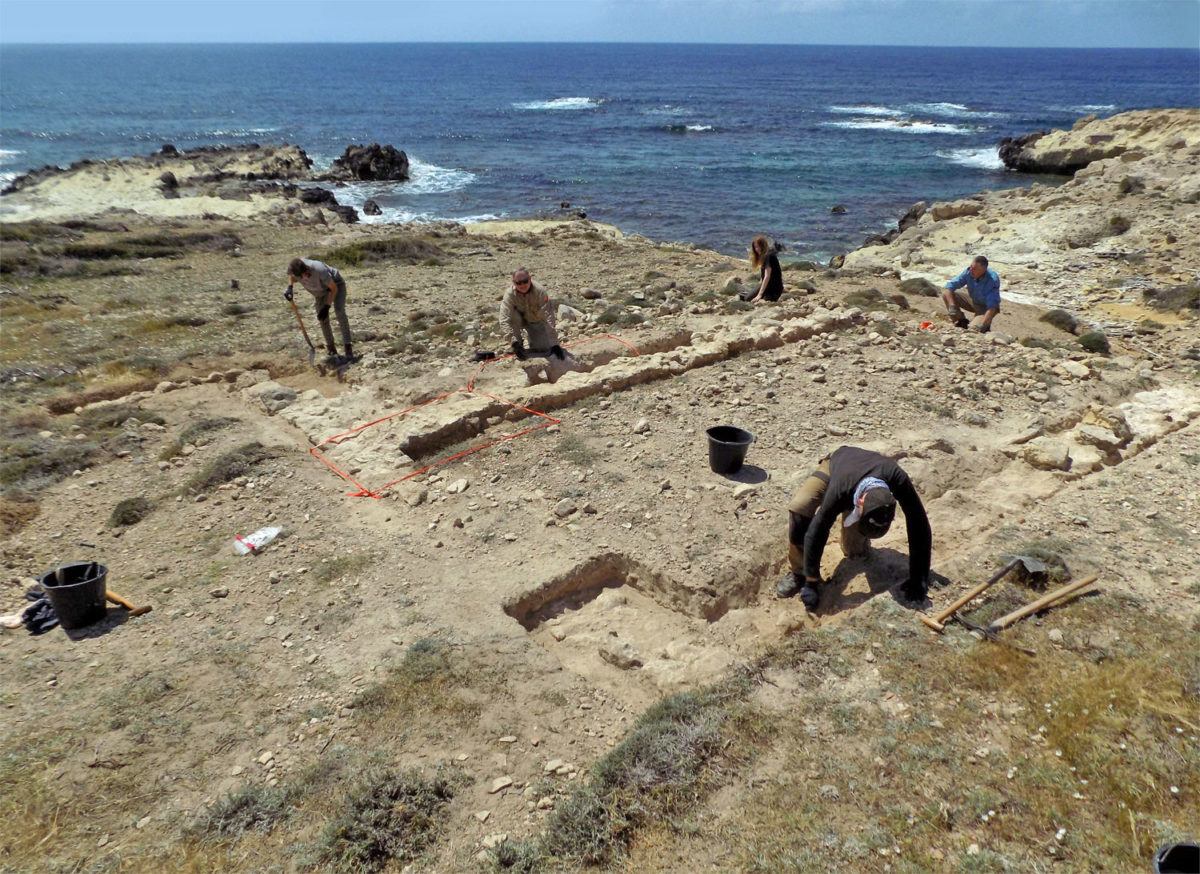 Akrotiri-Dreamer’s Bay: One of the best preserved ports in the Mediterranean?

The Department of Antiquities, Ministry of Transport, Communications and Works announces the completion of the 2018 archaeological mission of the University of Leicester at Akrotiri-Dreamer’s Bay, in the Limassol District. The team, under the direction of Prof. Simon James, consisted of professional excavation staff and undergraduate students of the University of Leicester’s School of Archaeology & Ancient History, assisted by graduate students from the University of Cyprus. It was conducted with the permission of the Cyprus Department of Antiquities and the UK Sovereign Base Areas Administration, and with the support and assistance of RAF Akrotiri, the Defence Infrastructure Organisation, and the Western Sovereign Base Area Archaeological Society. It was generously funded by the Honor Frost Foundation.

The excavations were conducted between 30 March and 16 April 2018, at and around the locality of Dreamers Bay (Nisarouin) on the southern shores of the Akrotiri peninsula, Cyprus.

As in 2015, 2016 and 2017, excavation focused on remains of stone buildings of apparent Roman/Early Byzantine date close to the shoreline, partly exposed by marine erosion. This year’s excavation was supplemented by geophysical survey (conducted in January when vegetation and soil conditions were most favourable) to explore the extent of the still part buried ancient buildings, and surface geological and archaeological survey of ancient cliff-top quarries to the east. All the archaeological remains on land are apparently linked to an ancient harbour in the bay below. Taken together, these remains appear to represent one of the best preserved ancient port sites in the Mediterranean.

Some years ago, the buildings, spread along c.0.5km of relatively low shoreline—the only low ground on an otherwise cliff-bound coast—underwent initial investigations by the University of Buffalo, and were believed to comprise elements of a late Roman/early Byzantine (4th -7 th century AD) port facility, perhaps serving the major Greco-Roman city of Kourion c.13km to the north. Connections between these onshore structures and submerged archaeological remains in the bay to the east, including a masonry breakwater, remain to be investigated. The present programme of work is conducted by the University of Leicester-led Ancient Akrotiri Project. It is planned to last five years and is intended to document and record the endangered shoreline structures, to establish their nature and date, and to characterize and date other apparently associated ancient remains, including a building complex on the hill overlooking the shoreline, the nearby quarries, and the submerged remains. The dry-land fieldwork forms part of a wider collaborative effort with the University of Southampton working on the marine and geomorphological aspects, and with Cypriot colleagues from the Universities of Cyprus and Athens. The overall objective is to build up a fuller picture of the ancient port as part of the ancient settlement landscape of the Akrotiri peninsula, in the context of the southern coast of Cyprus and eastern Mediterranean seaways.

The shoreline structures had been found to be more extensive and more complex than the simple rectangular ‘warehouses’ hitherto presumed. Several are now seen to have internal subdivisions, and/or to possess adjacent walled courtyards containing evidence of activity in the form of pits containing burned deposits, perhaps indicating industrial processes. The structures also broadly share a common orientation, the entire layout giving the impression of a single, short, planned episode of layout and construction.

Provisional assessment of the sealed pottery groups recovered from the shoreline buildings, kindly undertaken by Dr. Stella Demesticha of the University of Cyprus, indicates that they were constructed far earlier than hitherto assumed from scatters of ceramics on the surface. They were in use perhaps during the second century, and certainly during the third and fourth centuries AD, most appearing to have been destroyed by the earthquake which devastated nearby Kourion around the 360s.

In 2018 excavations were resumed in Area 8 at the western end of the known extent of shoreline structures, and in Area 4 at the eastern end facing the Dreamer’s Bay harbour where complex stratigraphy had been initially explored in 2015-17. In between, several test pits were opened to ground-truth geophysical anomalies.

Area 8 revealed the southern end of another long, subdivided building with a courtyard to its east. Unfortunately, it was eroded to below floor level, but ceramics which had washed down-slope were sampled for analysis. To the east of this complex, a test-pit over a geophysical anomaly and other surface indications confirm existence of another long, subdivided building on an east-west orientation, probably with a courtyard on the south side, now largely lost to the sea.

In area 2 midway along the shoreline, further test pitting of geophysical anomalies showed that the previously-investigated structure 5 was considerably longer than hitherto realised, apparently running for c.50m and apparently joining a second structure making it part of a large complex in this area.

In the east, Area 4 comprised a complex pattern of walls, occupation levels and burnt deposits. In contrast to other explored structures, Area 4 is now seen to contain probably three phases of activity, beginning with a rock-cut ditch, succeeded by a stone-founded building attested by truncated foundations, some of which had been robbed out; one resulting trench contained on excavation in 2017 c.250kg of freshly broken pottery, largely amphorae. This material is provisionally interpreted as representing clearance of the site following destruction by the postulated earthquake which seemingly led to abandonment of the other buildings. However, in Area 4, significantly the part of the shoreline complex closest to the harbour, the debris was cleared for rebuilding on the same orientation, but to a different layout. The pattern of new wall foundations now seen would therefore represent a post-earthquake phase, belonging to the later fourth century AD. After abandonment of this later building, surface scatters of ceramics apparently indicate continued use of the area for movement of goods down to c.AD600.

The ancient cliff-top quarries apparently associated with the port were also surveyed this year. These exploited marine conglomerates of various grades, some cut as squared blocks presumably for constructional purposes, others for millstones. Associated features including buildings and what seems to be a ceramic-piped water channel suggest that at least some of this quarrying activity is Roman, but confirmation must await planned excavation and if possible scientific dating in 2019.