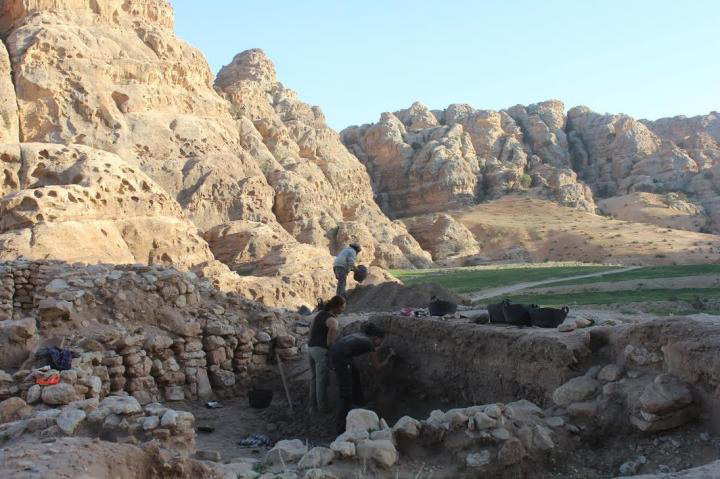 The advent of food production took place in the Near East over 10,000 years and sparked profound changes in the ways human societies were organized. A new study, published in the journal PloS One by Prof. Cheryl Makarewicz of Kiel University and Prof. Bill Finlayson of the University of Reading, demonstrates that specialized buildings regularly featured in the world’s earliest agricultural villages and were key to maintaining and enhancing community cohesion. Drawing from new archaeological data recovered during excavations at the Pre-Pottery Neolithic B settlement of Beidha, nestled within the same mountains as the UNESCO World Heritage site of Petra, the study shows how the very architectural fabric of early farming villages helped shape human interaction during a period when new social stresses associated with first farming and animal herding emerged.

“These buildings provided a focal point for the community, a place where everyday mundane activities such as preparing food and making tools could have been undertaken by several people simultaneously,” says Makarewicz. “Moreover, these spaces were also important in that they provided a place where community members could drop by and have a chat with their neighbors—this informal, but highly regular activity may have been all the more important in this context of increasingly large and settled populations. Community members knew information was being passed along and there was a central place to catch up on the news.”

“What we are also seeing here at Beidha is a really interesting example of how societies deal with managing new issues of how to access and control ownership of plant and animal resources, which might have become more contested within these increasingly populous settlements. Also interesting is that people at Beidha dealt with these new social tensions very differently from their contemporaries to the west across the Jordan Valley. There, rather than building communal architecture, they engaged in elaborate and multi-stage mortuary practices that involved the removal of skulls from interred individuals some time after their burial, caching those skulls and then plastering them, perhaps collectively, to give them new faces. We think, along with many of our colleagues, that this ritualized treatment of skulls during the early Neolithic was another means to social cohesion, but it did so in a very different way than communal buildings like those at Beidha.”

The researchers suggest that in southern Jordan, a distinctive social cohesion pathway developed which engaged community daily practice within non-residential buildings to maintain and strengthen social structures, rather than occasional and dramatic ritual and mortuary practices used elsewhere in the southern Levant. Both Makarewicz and Finlayson note that “there is a long history of using special-purpose architecture in the south of Jordan to structure the community, and this way of using the built environment for more than just shelter goes right back to the start of the Neolithic here. The continuation of this practice illustrates a strongly local continuity in pathways through the Neolithic revolution.”