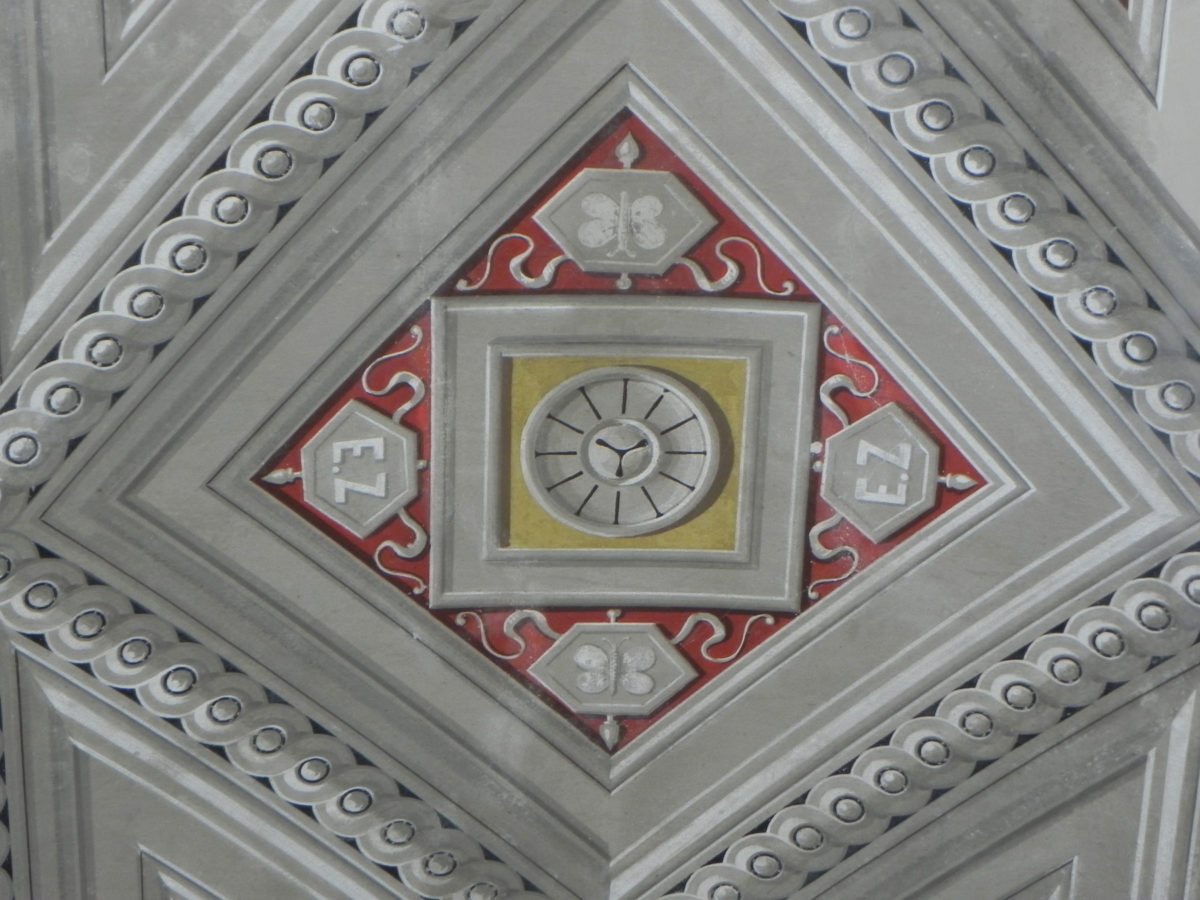 Ernst Ziller’s private residence, on 6 Mavromichalis street will be open to the public as of February 2019. The complicated work of conserving and restoring the neglected building will be completed in six months and handed over after having been abandoned for years.

“We aim to open it to the public and subsequently, with the completion of the museum studies, to house the D. Loverdos Byzantine collection on the premises” said the Minister for Culture Lydia Koniordou at the end of the press tour of the impressive Ziller-Loverdos Mansion.

The three storey mansion was built by the famous German architect in 1885 and he resided there with his family till 1912.

The restoration was begun in 2012 by the Directorates of Conservation and Restoration and revealed documents of the house’s authenticity in an exemplary manner: A pencil drawing has been found of the house’s facade done by the famous German architect on the wall of the room he may have used as his office.

On the ceiling of his wife’s bedroom is her monogramme with the initials SEZ (Sophia Ernst Ziller). There are wonderful ceiling paintings with floral motifs which for years had been covered by plaster decorative reliefs, added by the mansion’s next owner the Cephalonian banker Dionysios Loverdos, founder of the Ionian and Popular Bank of Greece. He bought it at an auction in 1912 and used it as his residence with additions to the original building. The additional 500 m2 were used by Loverdos to built a chapel on the building’s ground floor, where today, after its restoration, the impressive mosaic dome is shown to good advantage. It was here that D. Loverdos housed his collection of Byzantine icons, which his heirs donated to the Byzantine and Christian Museum in 1979.

The objective in restoring the 1.100 m2 historical building was to highlight both phases of its life. The building suffered from fire, floods and neglect and in the early 1980s it even housed the wardrobe of the Greek National Opera. It was pronounced a listed building in 1981 and donated to the Greek State in 1992.

The hidden secrets of the historical building were revealed by experts of the Directorates of Conservation and Restoration of the Ministry for Culture. It will open to visitors in six months time for them to admire among other things, the particularly impressive “Pompeian drawing room,” a huge hall with wall paintings on a white back ground, inspired by depictions of buildings in Pompey. They had been almost entirely destroyed by the fatal fire.

“Only those who worked and oversaw the project are aware of the great difficulties and risks they encountered during the restoration work. I think they have been justified by the result,” said Secretary General of the Ministry for Culture, Maria Vlazaki.