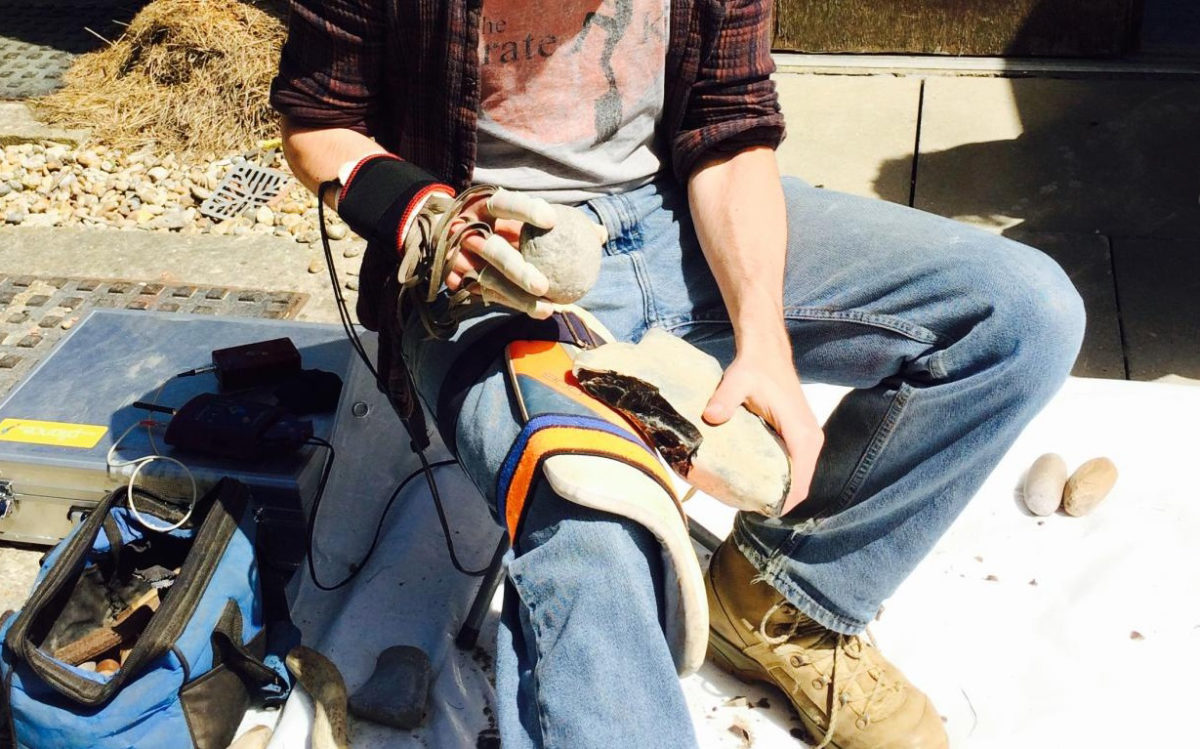 Article in The Journal of Human Evolution

The strength required to access the high calorie content of bone marrow may have played a key role in the evolution of the human hand and explain why primates hands are not like ours, research at the University of Kent has found.

In an article in The Journal of Human Evolution, a team lead by Professor Tracy Kivell of Kent’s School of Anthropology and Conservation concludes that although stone tool making has always been considered a key influence on the evolution of the human hand, accessing bone marrow generally has not.

It is widely accepted that the unique dexterity of the human hand evolved, at least in part, in response to stone tool use during our evolutionary history.

Archaeological evidence suggests that early hominins participated in a variety of tool-related activities, such as nut-cracking, cutting flesh, smashing bone to access marrow, as well as making stone tools. However, it is unlikely that all these behaviours equally influenced modern human hand anatomy.

To understand the impact these different actions may have had on the evolution of human hands, researchers measured the force experienced by the hand of 39 individuals during different stone tool behaviours – nut-cracking, marrow acquisition with a hammerstone, flake production with a hammerstone, and handaxe and stone tool (i.e. a flake) – to see which digits were most important for manipulating the tool.

Professor Kivell says this suggests that nut-cracking force may not be high enough to elicit changes in the formation of the human hand, which may be why other primates are adept nut-crackers without having a human-like hand.

In contrast, making stone flakes and accessing marrow may have been key influences on our hand anatomy due to the high stress they cause on our hands. The researchers concluded that eating marrow, given its additional benefit of high calorific value, may have also played a key role in evolution of human dexterity.

The manual pressures of stone tool behaviors and their implications for the evolution of the human hand by Erin Marie Williams-Hatala, Kevin G. Hatala, McKenzie Gordon and Margaret Kasper, all Chatham University, Pittsburgh, USA and Alastair Key and Tracy Kivell, University of Kent is published in the Journal of Human Evolution.