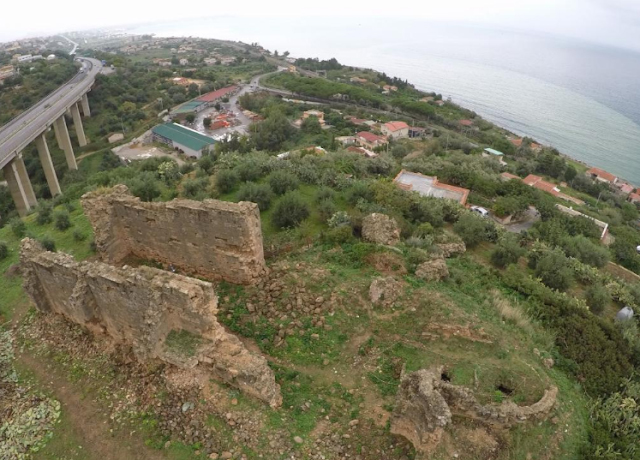 Belonging to descendants of the Vikings

Polish archaeologists have discovered over 800 years old burials during excavations near the medieval church of San Michele del Golfo near Palermo in Sicily. According to the scientists, the graves could belong to the Normans, descendants of the Vikings.

“Some of the dead buried in the cemetery were undoubtedly members of the elites or the clergy, as the form of some of the graves indicates”, says head of excavations Prof. Sławomir Moździoch from the Institute of Archaeology and Ethnology of the Polish Academy of Sciences in Wroclaw.

This year, archaeologists found a total of 10 burials, including three graves of women and two graves of children. The remaining skeletons were difficult to identify. According to the discoverers, the cemetery was associated with the church hospital mentioned in a document from the 12th century. Unfortunately, no equipment was found in any of the graves.

Researchers were able to determine the origin of the dead – there are many indications that they came from western Europe (northern France) – they were Normans, descendants of the Vikings.

“According to the local anthropologist, the tallness and massive build of skeletons of people buried here indicate this origin”, the scientist says. This is not a surprise for researchers.

“In the second half of the 11th century, the island was recaptured from the Arabs by a Norman nobleman, Roger de Hauteville”, explains the scientist. Interestingly, the construction of the fortified church started before the nearby city of Palermo was recaptured from the Muslims. That`s why the church was built on a hill, in a strategic place. It was a 3-apse building with one nave, erected on a cruciform plan.

This is not the first research season of Polish archaeologists in Sicily. During the last year`s work they also found burials. Researchers have the results of the first DNA analyses made by Prof. Wojciech Branicki from the Jagiellonian University. “These findings are consistent with our concept of the ‘northern’ pedigree of the church and the deceased buried here, because they show that the deceased had lighter shade of skin, hair and eyes compared to the then dominant communities in Sicily”, explains Prof. Moździoch.

Excavations were also carried out within the ruins of the medieval church. “The Western European form of the church, its architecture, but also discovered coins minted in Champagne and Lucca, indicate that its builders and users could have come from Normandy and the north of the Apennine peninsula”, the head of excavations believes. Research results confirm the earlier conclusions of researchers that the temple was built in the 12th century

“Our research has changed the previous theories concerning the church structure. It indicates that its form referred more to the western European churches of the 11th and 12th centuries than to the buildings of this type erected in Sicily during that period. To put it simply, the concept of construction was directly transferred from the north by the craftsmen brought from there”, concludes Prof. Moździoch.