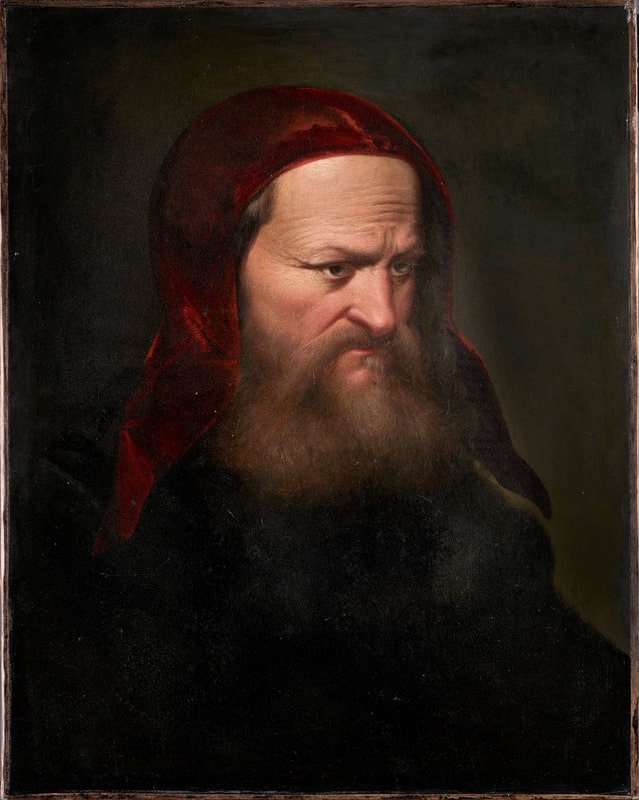 In 2005 the artworld buzzed with the news of a monumental discovery. The only known painting by Benvenuto Cellini, a 16th century Italian genius Renaissance man who equaled Leonardo da Vinci and Michelangelo Buonarroti, was found in a private collection.

Since then, the owner slowly and methodically undertook a colossal task to secure, research, verify and evaluate this incredible find. A process, that took several years and over €200 thousand of his own money. It involved many recognized experts and organizations, such as the Tamoikin Art Fund, which has been recently appointed as an exclusive custodian of Cellini’s self-portrait.

After completing a thorough investigation, the fund, for the first time, was able to scientifically determine the value of this rare historic artwork. The self-portrait of Benvenuto Cellini is worth no less than €107 million; a conservative evaluation in the opinion of many. Now, at the request of the owner, the Tamoikin Art Fund is preparing to launch an international campaign to present this world heritage artifact to the entire world.

Who is Cellini? To understand this great man, we must look at his life and work. Benvenuto Cellini (1500 – 1571) was born in Florence, present-day Italy. Over the course of his long life he became a renowned and highly paid writer, painter, sculptor, draftsman, musician, goldsmith, inventor and soldier. Benvenuto wrote important literary works and treatises that are read and cited to this day. His magnificent bronze sculptures, often with hidden messages, decorate the most prominent streets of Italy.

Rolex chose to name their line of precious metal dress watches after Cellini, with the Rolex Cellini Collection beginning in 1928 and continuing today. Ian Fleming mentions Cellini multiple times in his James Bond novels. The life of Cellini inspired the French historical novelist Alexandre Dumas. Cellini’s life is an occasional point of reference in the writings of Mark Twain. The Surrealist artist Salvador Dalí was also highly influenced by the life of Cellini, centering many etchings and sketches around his stories and passions.

So, to say that Benvenuto Cellini was a significant historical figure is to say nothing at all. He was a true Renaissance man, a polymath with extraordinary abilities, a great visionary that changed the course of history.

That is why the discovery and public presentation of the only known painting by Benvenuto Cellini is an international cultural phenomenon.

What is known about the portrait? It is a medium size artwork (61 x 48 cm), painted with oil on a 16th century unique silk-wool paper that is glued on a canvas. It is a very detailed and proportional self-portrait, thus is the most accurate depiction of Benvenuto Cellini anywhere to date. The portrait is privately owned by an art collector who wishes to remain anonymous for the time being. The fact that it is privately owned is of immense importance as very few of such world class artworks are. What is even more amazing is that despite hundreds of years, this painting has survived in exceptionally good condition and with virtually no restoration. In contrast, the recently sold Leonardo da Vinci’s “Salvator Mundi” painting, for $450 million, received ‘extensive restoration’ after it was ‘aggressively cleaned and over-painted’. Furthermore there are over twenty-five known paintings by Leonardo and only one by Cellini. This is all to say that finding an artwork of such significance and rarity in such good condition is extremely rare. Undoubtedly all new developments around this self-portrait are ‘breaking-new’ events.

Tamoikin Art Fund, an organization that evaluated and, through an exclusive record-breaking $5 million sale, returned the Solovetsky Iconostasis back to Russia, is committing significant resources to present this culturally important artifact to the entire world.