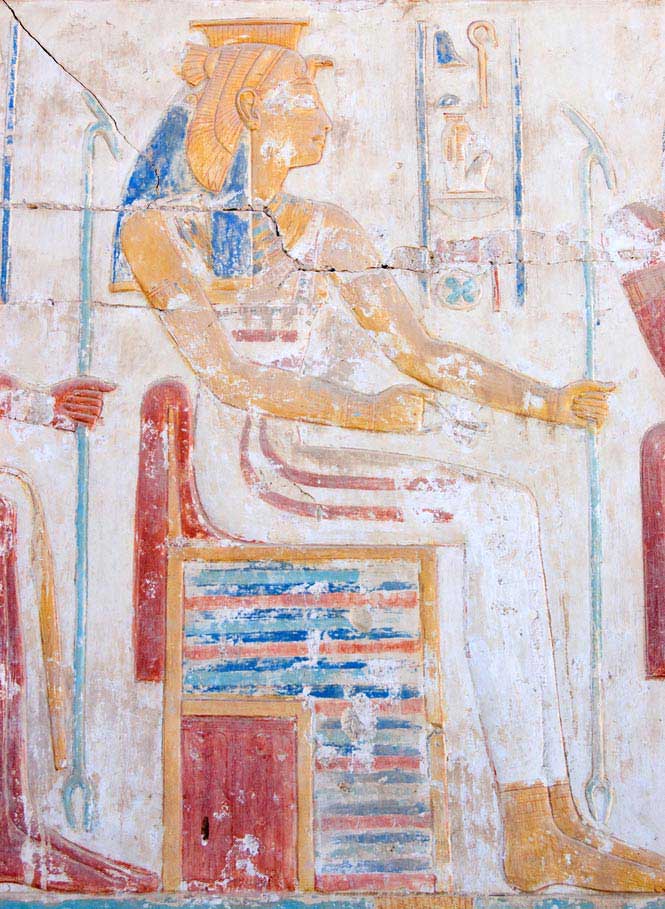 A recently deciphered Egyptian papyrus from around 1,900 years ago tells a fictional story that includes drinking, singing, feasting and ritual sex, all in the name of the goddess Mut.

Researchers believe that a priest wrote the blush-worthy tale, as a way to discuss controversial ritual sex acts with other priests.

“Our text may represent a new and hitherto unrecognized Egyptian literary genre: ‘cult’ fiction, the purpose of which was to allow controversial or contentious matters pertaining to the divine cult to be scrutinized in this way,” wrote professors Richard Jasnow and Mark Smith, who published their translation and analysis of the papyrus in the most recent edition of the journal Enchoria.

Jasnow, from Johns Hopkins University, and Smith, from Oxford, write that evidence of ritual sex is rare in ancient Egypt and the act probably would have been controversial. “There is surprisingly little unequivocal Egyptian evidence for the performance of the sex act as such in ritual contexts,” Jasnow and Smith wrote.

They added that the Egyptians were known to discuss other controversial matters using fictional stories.

Containing writing in a form of ancient Egyptian known as Demotic, the papyrus is likely to have originated in the Fayum village of Tebtunis at a time when the Romans controlled Egypt. It is currently in Florence, Italy, in the Istituto Papirologico “G. Vitelli.”

The newly deciphered tale refers several times to having sex. At one point a speaker implores a person to “drink truly. Eat truly. Sing” and to “don clothing, anoint (yourself), adorn the eyes, and enjoy sexual bliss.” The speaker adds that Mut will not let you “be distant from drunkenness on any day. She will not allow you to be lacking in any (manner).”

The speaker defends his views by saying, “As for those who have called me evil, Mut will ‘call’ them evil.”

Researchers know the story is fictional because it employs an Egyptian noun used only in fiction to mark separate sections of a story.

Reconstructing the overall plot narrative of the papyrus is tricky. The text is fragmentary, and researchers cannot be certain how the full story unfolded.

“Conceivably, we have here the remains of an account of how an adherent of the goddess Mut persuaded another individual to devote himself to her worship or join in her rites,” the researchers write.

This “cult fiction” interpretation of the papyrus is backed up by the Greek writer Herodotus, who lived more than 2,400 years ago. He wrote that “it was the Egyptians who first made it a matter of religious observance not to have intercourse with women in temples, nor enter a temple after such intercourse without washing.” (That translation is from “Herodotus Volume 1,” Harvard University Press, 1990.)

For some ancient Egyptians, the idea of mixing sex and religion may have been extreme, a problem priests discussed by way of a fictional story.

Smith declined an interview request, telling LiveScience that everything the researchers wanted to say is in the journal article. He did add that new fragments of the papyrus recently were discovered, and they may allow for more of the story to be deciphered.