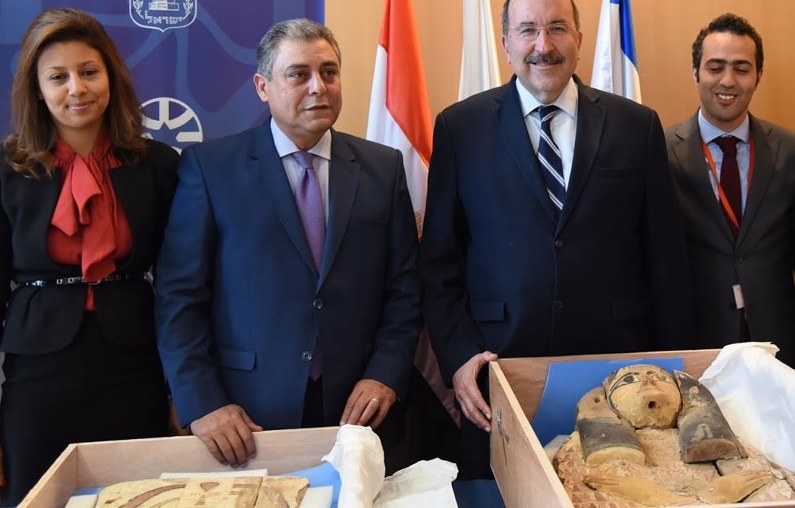 The two items had been smuggled by a third country

Yesterday, May 22, 2016, the Israeli Ministry of Foreign Affairs handed over two ancient relics from Pharaonic times, which had reached Israel illegally, to the Ambassador of Egypt.

The two artifacts are covers of Egyptian sarcophagi. One of the covers dates back to the period between the 10th and 8th centuries BCE and the other to between the 16th and 14th centuries BCE. The items had been smuggled from Egypt through a third country before they arrived in Israel, where eventually, they were confiscated by the Israel Antiquities Authority. Subsequently, the sarcophagus covers were held under climate-controlled conditions, in the laboratories of the Israel Antiquities Authority.

The transfer was made possible in the framework of the longstanding peace treaty between the countries, and thanks to the strengthening dialogue between the Ministry of Foreign Affairs and the Embassy of Egypt in Israel.

MFA Director General Dr. Dore Gold expressed the hope that the handing over of these ancient items can be a precursor to further bilateral cooperation in the field of historical heritage, as well as in other fields of mutual interest, to the benefit of both countries.