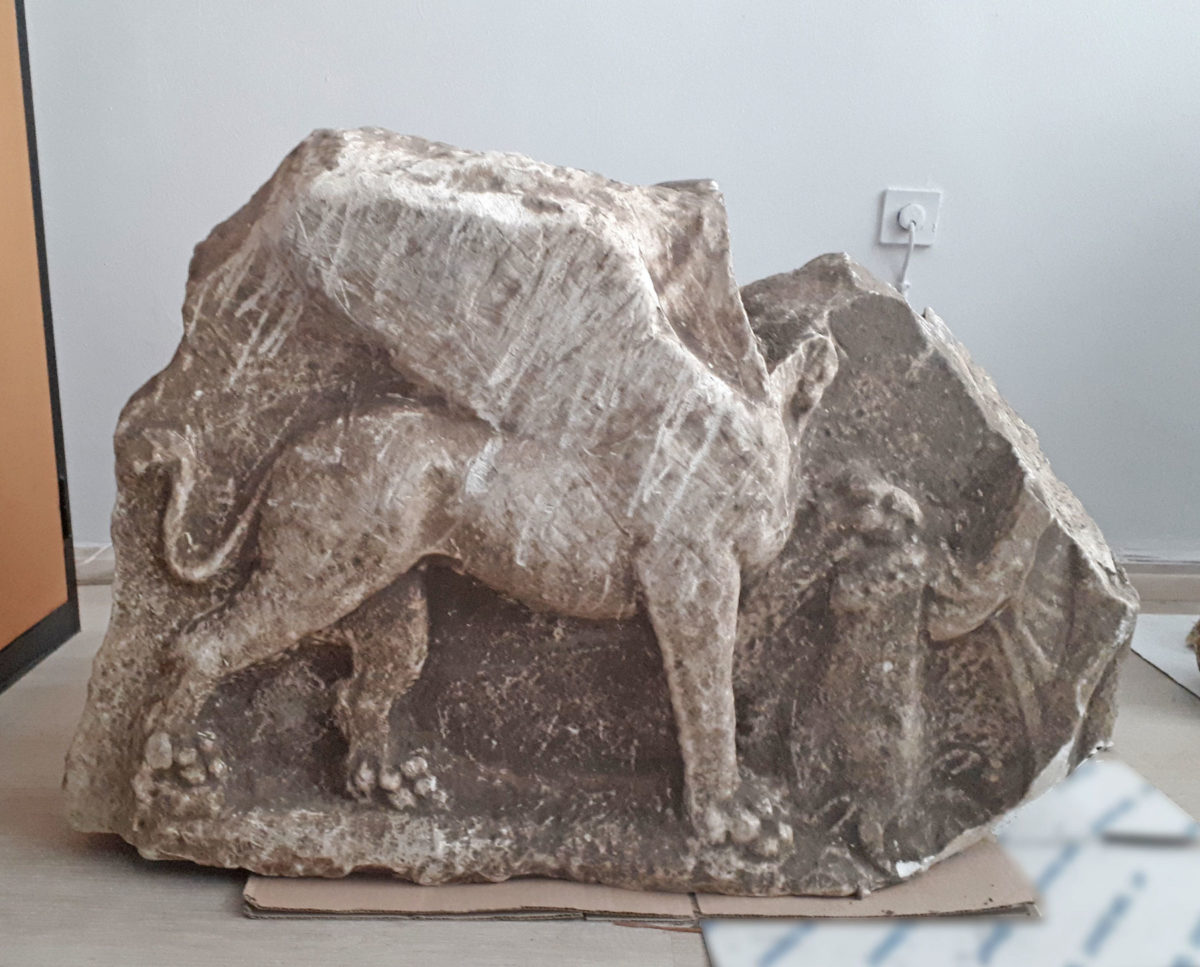 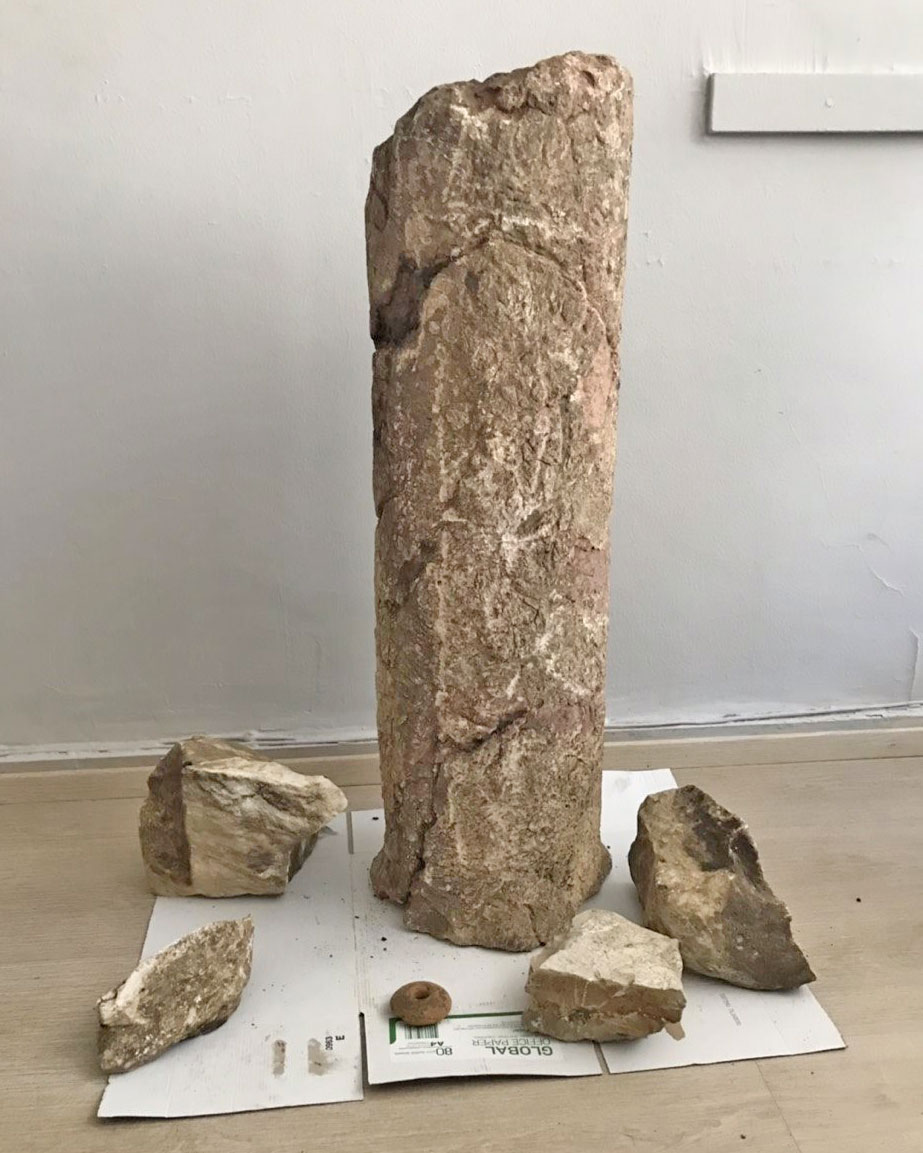 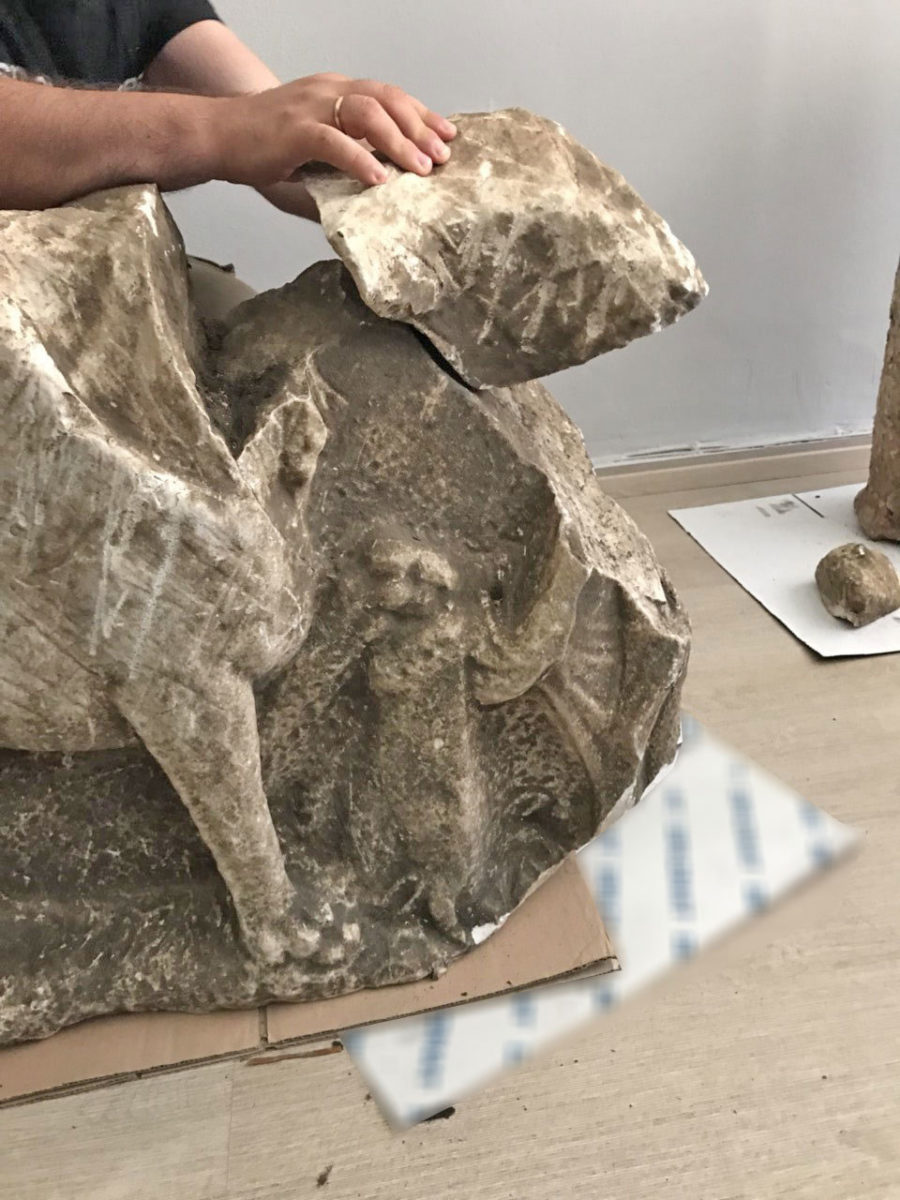 Arrest for possession of ancient artefacts

A 34-year-old who was hiding priceless antiquities on his land and in his house was arrested in the morning hours of Saturday, July 14, in Mytikas, Preveza by police officers of the Security Subdivision of Ioannina. He was charged with violating legislation regarding antiquities and cultural heritage in general.

Specifically, after a proper evaluation of data, the police officers conducted an investigation on the plot of land owned by the 34-year-old, where they found and confiscated the following artefacts hidden under cane fences and reeds:

– Part of the narrow side of a sarcophagus in marble relief (measuring 90 cm wide, 66 cm high and 20 cm thick), depicting a mythological creature with the body of a lion and the wings of a headless bird (probably a griffin). The sarcophagus dates from the Roman period and more specifically from between the 2nd and 3rd century AD.

– Part of a marble column (measuring 90cm high and 26cm in diameter) dating from between the 2nd and 5th century AD.

– Four small marble fragments of which the largest (measuring 20x25cm) is part of a sarcophagus in marble relief dating to the Roman period and specifically from between the 2nd and 3rd century AD.

In addition, a round ceramic loom weight that cannot be accurately dated was found and confiscated from the house of the 34 year old.

According to archaeologist George Riginos of the Ephorate of Antiquities of Preveza and Head of the Department of Prehistoric and Classical Antiquities and Museums, these are artefacts of immense archaeological value.

As Mr. Riginos stated during the case’s official presentation: “The most important piece and the smaller ones belonging to it come from a marble sarcophagus of the Roman era. This ancient artifact is of exceptional quality, it dates from the 2nd to 3rd century AD and is perhaps the work of a Neo-Attic workshop which is something quite usual in this period (i.e. works were made in Athens and then exported throughout the known world of the time).

”An evaluation committee will be set up by the Ministry of Culture which will include employees from the Ephorate of Antiquities of Preveza, to assess the commercial and monetary value of the artefacts over the next few days and then the case will be taken up by the legal system.

”The artefacts will be handed over to the Museum of Preveza to be conserved and seen by visitors. For us, their archaeological value is inestimable because each one of them has a history. If they had been found untouched and in place they could give us particularly significant information, part of which has certainly been lost forever because of the way the illegal excavation was conducted. We have the actual artefact but we have lost the accompanying finds, the artefact’s history and whatever else it could offer us”.