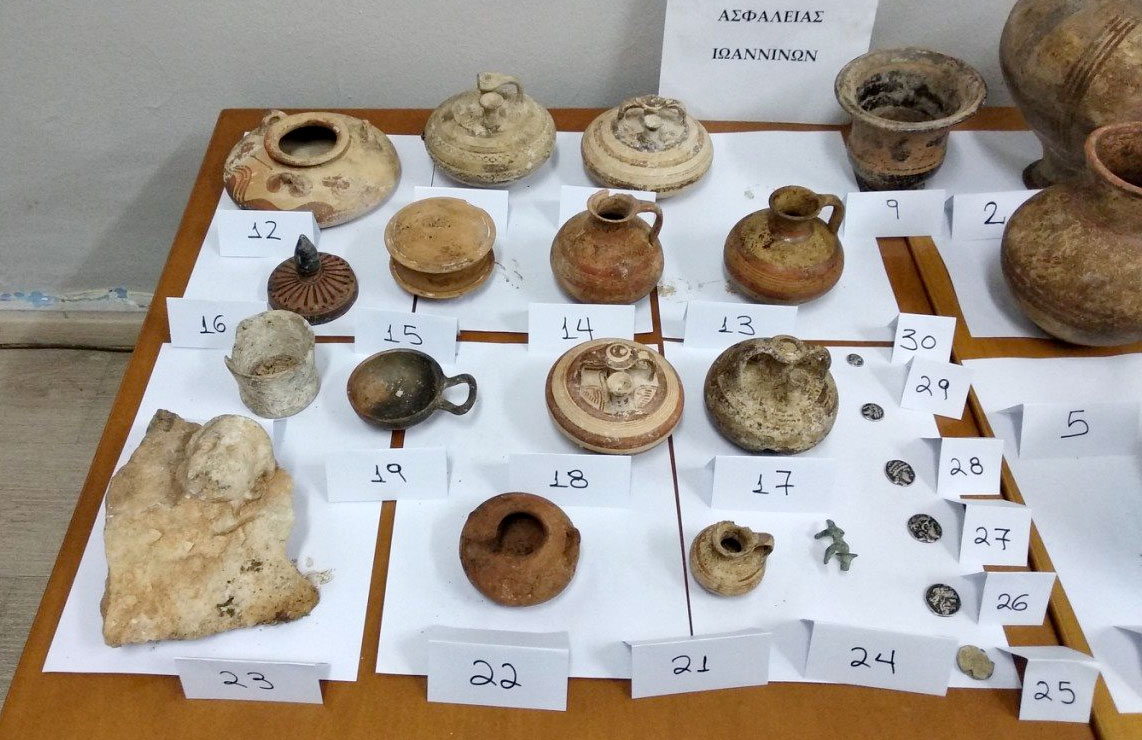 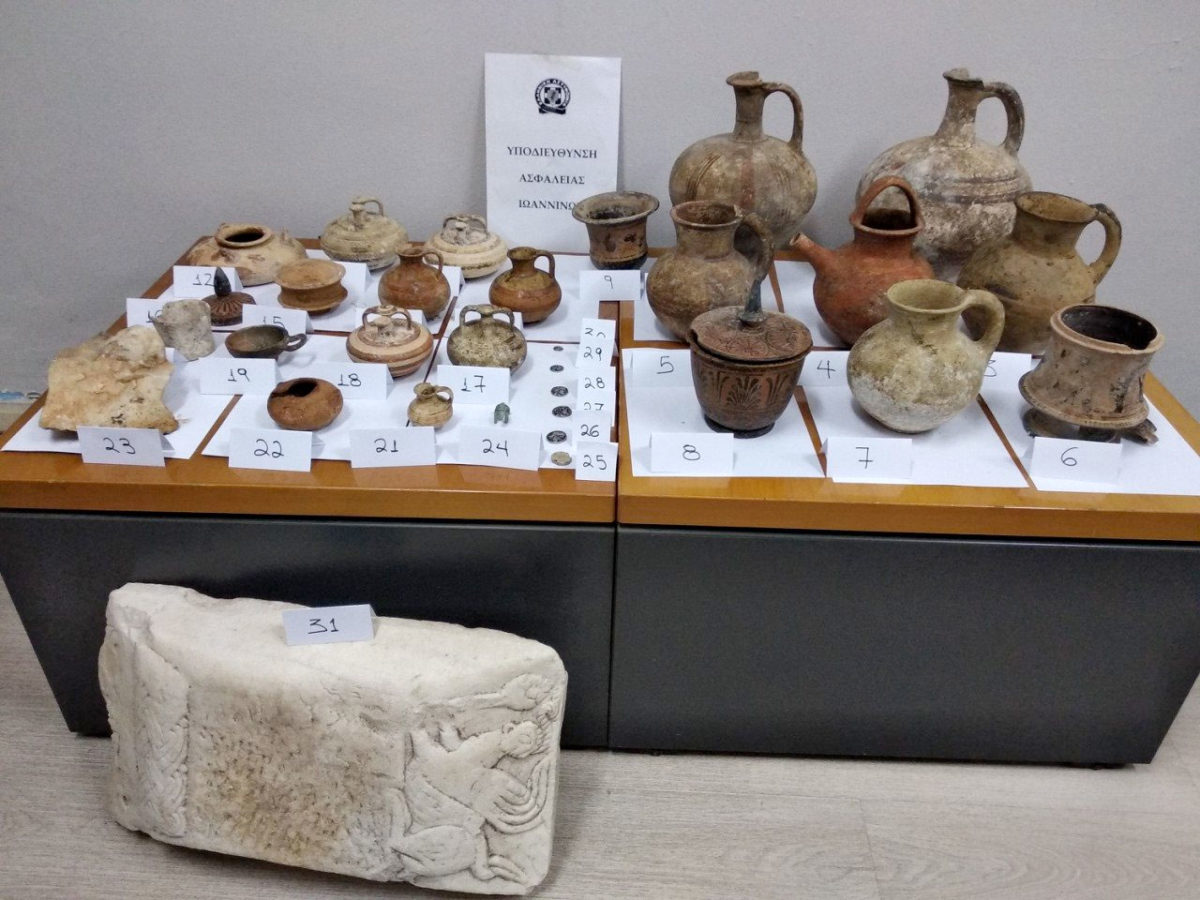 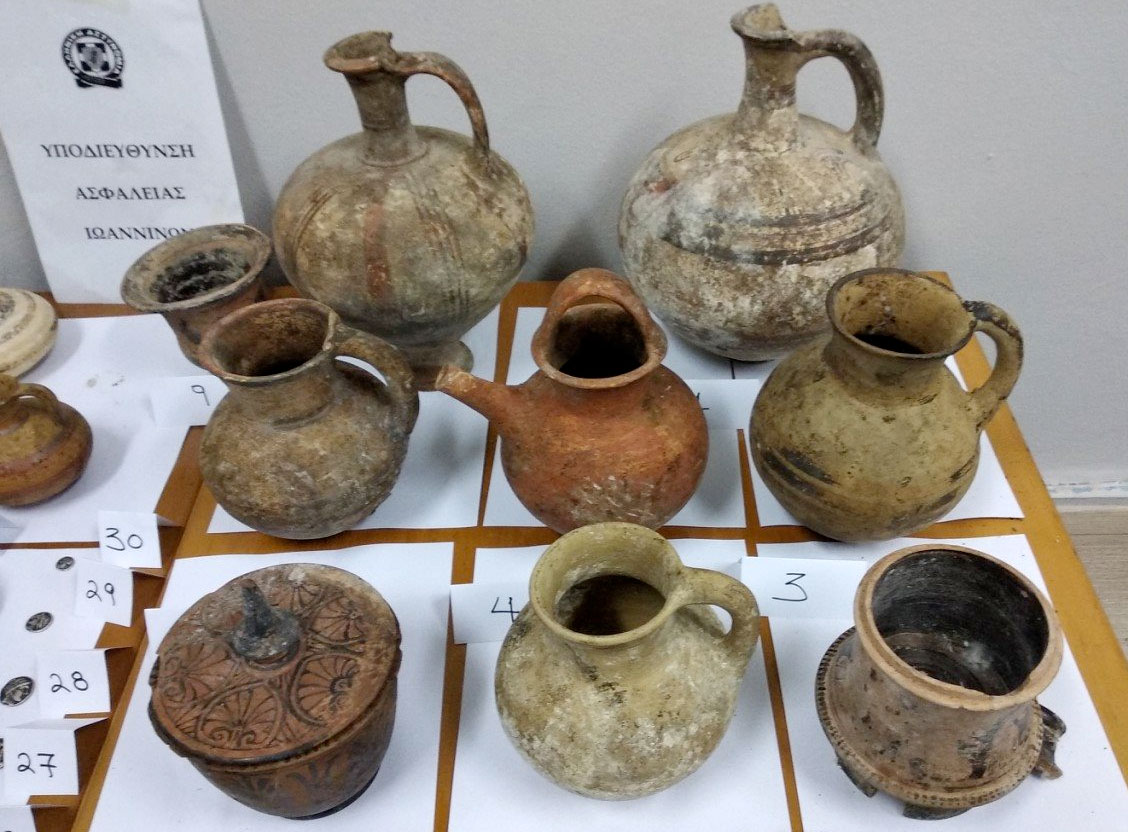 Corinth: Ancient artefacts hidden in a field were confiscated

Operation by the Ioannina Police Department

A large number of antiquities were found and seized last Thursday in a village in Corinth as part of a police operation organized by the Ioannina Security Directorate, and a 40-year-old man was arrested for violating legislation for antiquities and cultural heritage in general.

Following a proper assessment and forensic analysis, officers arrived in Corinth and conducted a search of a field owned by the detainee, where antiquities were found and seized to be evaluated by an archaeologist summoned by the police.

Investigations are under way to find out the manner and time of acquisition of the confiscated artifacts which, according to an archaeologist of the Ioannina Ephorate of Antiquities, fall under the protective provisions of legislation for antiquities and cultural heritage in general.

The ancient artifacts were handed over to the Corinth Ephorate of Antiquities.

The Ioannina Security Directorate is investigating the case and the detainee will be sent to the Corinth District Attorney with his case file.