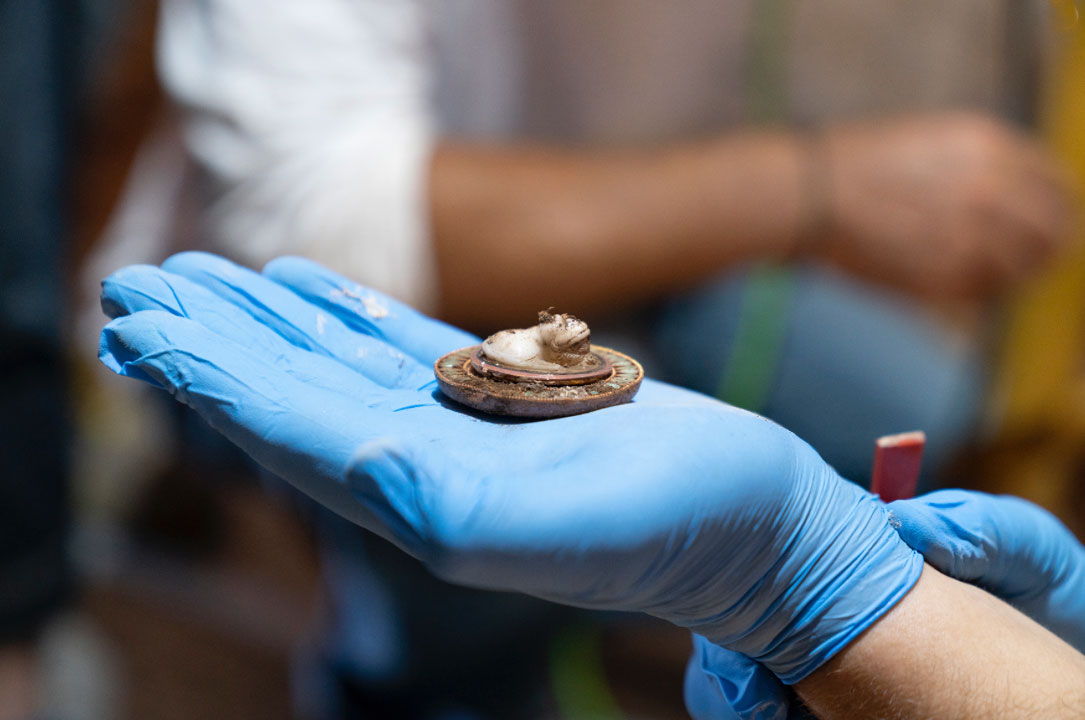 Sikinos: The discovered burial is “out of scale for the island”

She was called Neiko and was a prominent figure in Sikinos society who lived between the 2nd and 3rd century AD. At least this is what is indicated by her tomb rich with grave goods, the impressive mausoleum that was erected to house it and the unknown till now funerary inscription found engraved on a stone of the monument’s wall where, among other things, the female name “Neiko” is recorded.

There are many interesting facts about the discovery, recently made public by the Ministry of Culture and Sports which is restoring since 2017, through the Ephorate of Antiquities of the Cyclades, the extremely important monument of Episkopi on Sikinos. This is a well preserved mausoleum of late antiquity in the form of a temple, which later on was converted into a domed Byzantine church “constituting an impressive palimpsest of antiquity and medieval times” according to the announcement.

“It is a burial that is out of scale, i.e. much too rich for this island” says head of the Ephorate of Antiquities of the Cyclades Dimitris Athanasoulis to the Athens and Macedonian News Agency about the unexpected discovery of the well hidden tomb found unplundered. “It is impressive that they had not concealed her in the proper crypts in the monument’s basement, but between two walls constructed somewhere in the building for her not to be found” he points out to the AMNA.

So were there other burials? “In the bottom part of the monument there are two large spaces with some other secondary burials that are not however as important as this one which is constructed as a cist grave with large well crafted slabs. In other words, it seems that apart from the mausoleum there was a separate tomb in which she was placed” he says. The chronology of the other tombs cannot be easily estimated because they have been plundered, but, as made clear by Mr. Athanasoulis, they are “generally much more modest constructions”.

Is it possible that the memory of this important woman later lead to the mausoleum being converted into a church? “We cannot know this. We only learned about the mausoleum very recently. To begin with we thought the temple of Apollo was there, as written in earlier publications. As to what τhe Byzantines saw and why they chose that building to turn into a church; that is also a mystery” Mr Athanasoulis tells the AMNA.

“Τhe tomb’s excavation is over and the material has come to Athens to be conserved, as there are organic remains that need special care. Thus when conservation will have been completed we shall have much more data” adds the head of the Ephorate, also giving a small taste of the rest of the finds apart from the gold jewellery (bracelets, rings and a necklace), a buckle with an embossed cameo, vases and organic fragments of the deceased woman’s dress that were gathered from the tomb: “These are personal belongings linked with the deceased, such as a stylus probably made of bone and a mirror”.

The work of restoring the monument at Episkopi, Sikinos with a budget of 750,000 Euros, is being funded by the NSRF operational programme for the Region of the South Aegean.