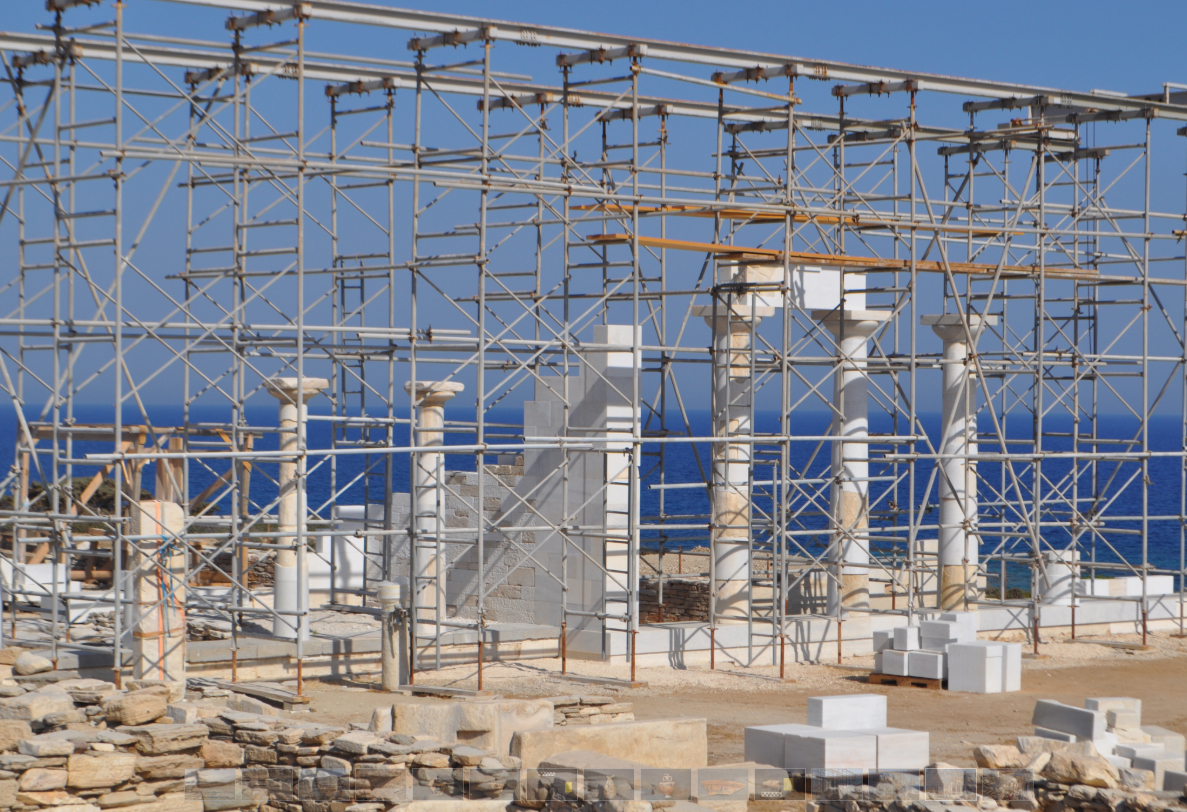 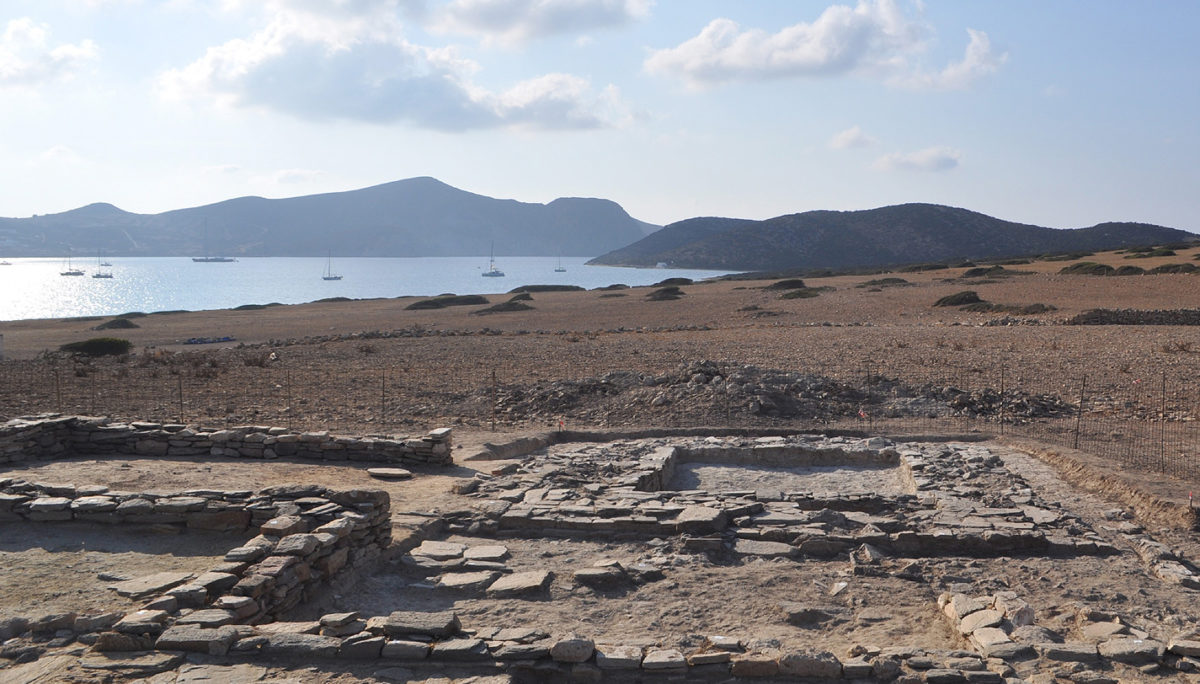 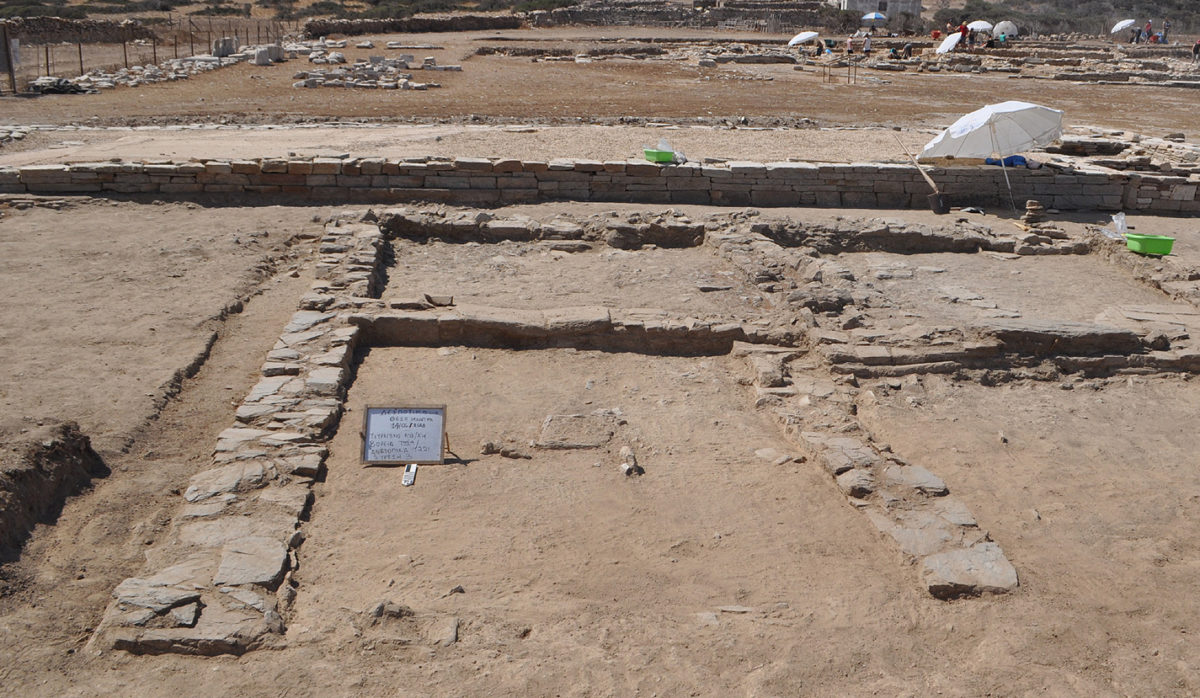 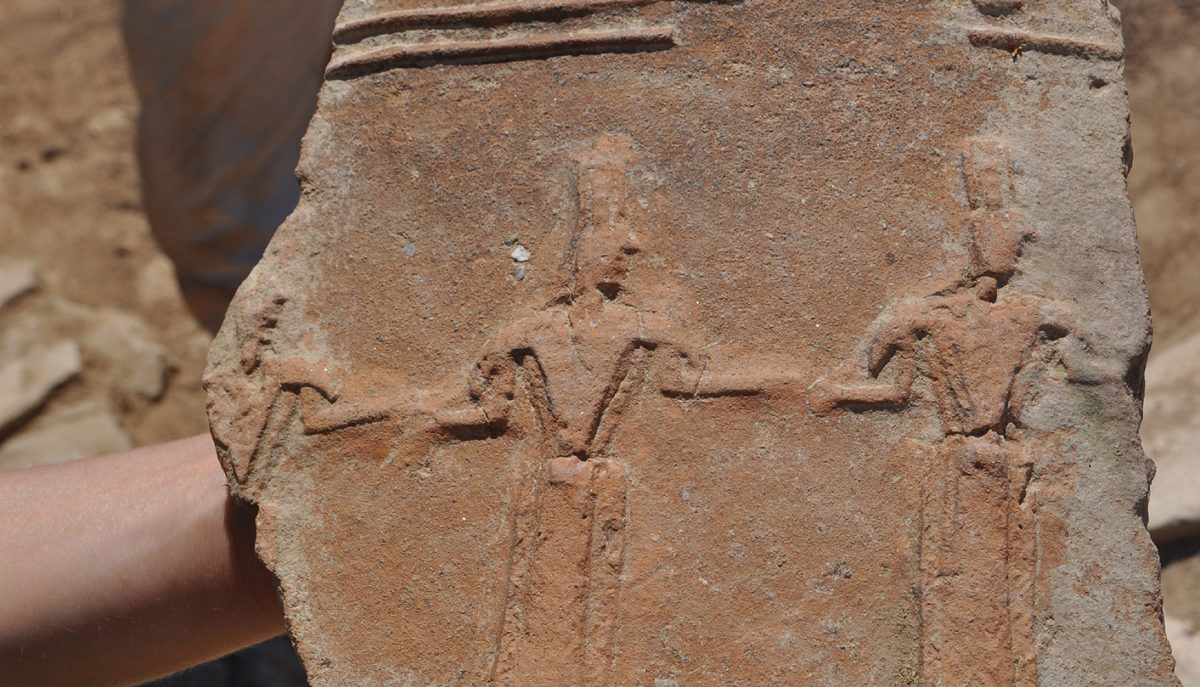 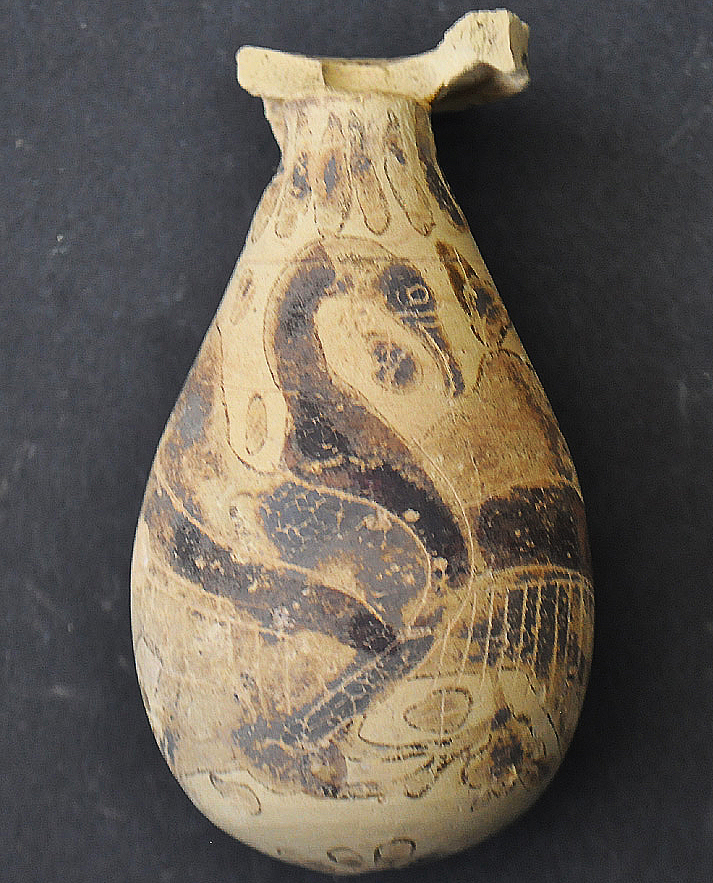 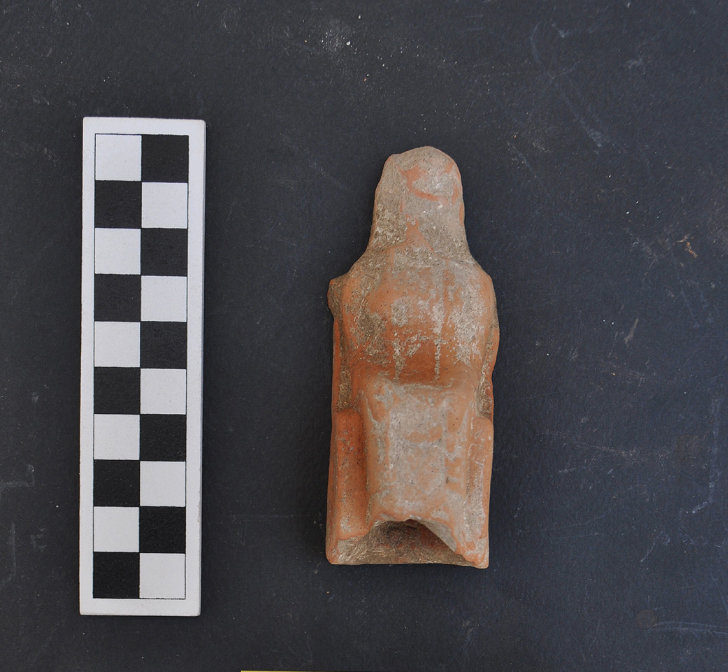 Important finds in the sanctuary of Apollo on Despotiko

Ministry of Culture and Sports

Important finds were made during this year’s excavations in the sanctuary of Apollo at the site of Mandra on the uninhabited island of Despotiko, west of Antiparos.

A new two room building was found in which many metal objects and painted pottery of the 6th c. BC as well as many more movable artefacts were located, such as fragments of the head of an archaic kouros, the ankle of a kouros’ leg and two storage jars (pithoi) with relief decoration, one depicting a warrior and the other a dance performance. These are just some of the artefacts.

The excavations were conducted from May 28 to July 6, 2018 and were headed this year also by archaeologist Yannis Kouragios of the Ephorate of Antiquities of Cyclades.

“This year’s excavation focused on the areas round the shrine and buildings Z and P. Its results were particularly enlightening regarding the topography and organization of the archaic sanctuary”, stated the Ministry of Culture and Sports which, among other things announced the following:

“Research continued in the so-called Eastern Complex, in the area south of the archaic shrine, where the sanctuary’s auxiliary buildings are located. By 2017, twelve spaces of a total area of 180 sq. m had come to light. This year, another large space measuring 12x3m was partially unearthed with a floor made of large pieces of slate.It is probably a courtyard. The excavation yielded plenty of pottery from archaic and classical times from various types of vessels (basins/lekanes, phialai, skyphoi, oil lamps and amphorae)”.

There were significant results from exploring the different construction phases of the complex. Under its more western rooms an earlier rectangular, two room building came to light, its visible dimensions being 8×3.20 m which based on the finds dates back to the first half of the 6th c. BC. Found in its interior—in their original places—were a four-sided grill and a cooking vessel. In addition, earlier floors were uncovered in many places and the thresholds of the original entrances were located which had been sealed up. It became clear that buildings had functioned in this part of the sanctuary as well, before the archaic temple was erected in the mid-6th c. BC.

There was also an unexpected development of the research in the area north of the Northern Stoa and of Building E, since at a distance of just 2m from them a new building was unearthed; Building T (measuring 7.80×7.45m). It consists of two rooms with separate entrances and two open air spaces in front (north) of each room. During the building’s excavation many metal objects came to light as well as painted pottery dating from the first half /mid-6th c. BC.

The excavation’s movable finds were also varied. “Mentioned indicatively are more than 15 black-glazed oil lamps and 15 fragments of vessels with incised inscriptions (ΑΠ, ΑΠΟΛ), fragments of “Melian” amphorae and black-glazed kylikes, fragments of red-figure kraters, vessels for everyday use such as filters/sieves, basins, salt bowls, jugs, bottles etc. and many metal objects (a bronze spear, nails, bolts, fish hooks et al)”, mentions the announcement, while referring to the restoration works that lasted 4 weeks, it is noted that “they were entirely successful, since after putting the temple’s third column in place and the architrave on top of that, the monument has once more acquired its third dimension and the visitor can understand its scale and grandeur even from the opposite shore of Antiparos”.

“At the same time as the restoration works, conservation work was being carried out on the masonry in buildings M and N” ends the announcement by the Ministry of Culture.

Apart from the members of the scientific team many students and archaeologists participated in the research, from Greek Universities and abroad.

The excavations at the site of Mandra on Despotiko that began about 20 years ago have brought to light an extensive complex dedicated to the worship of Apollo, its heyday being in the Late Archaic period, with evidence of activities related to worship at the same site since the Geometric period.