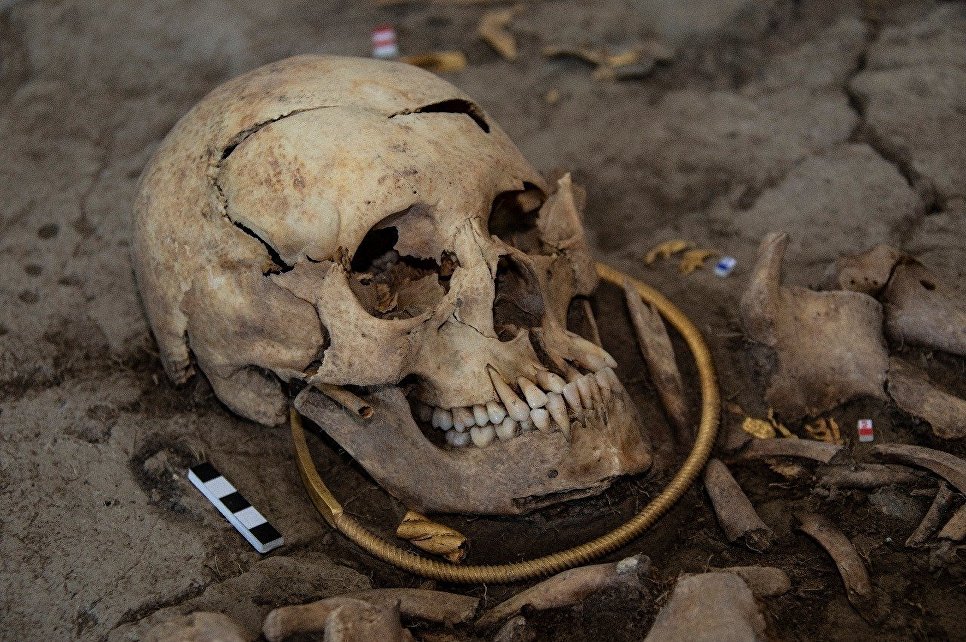 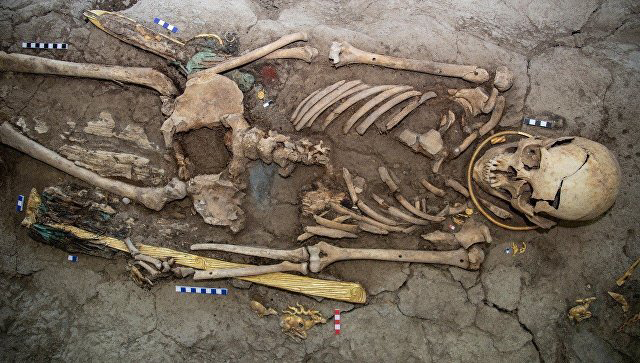 The mummy dates back to the 8th c. BC

A “golden man” mummy dating back to the 8th-7th centuries BC came to light in the Yeleke Sazy burial mound during excavations in the remote Tarbagatai Mountains in East Kazakhstan headed by archaeologist Zeinolla Samashev.

According to a press release issued by Kazakhstan’s ministry of information and communications, the mound is a burial place of a young man aged from 17 to 18. The man was some 165-170cm tall. All grave goods found are well-preserved making it possible to visualize his garments and appearance. When buried, the young man was dressed in gold, with all of his clothes being embroidered with gold beads, a massive gold torc around his neck (suggesting his noble origin) and a dagger in a golden quiver beside him.

“We will do facial reconstruction from the skull of this young man, extract DNA from the bones to find out the environment people lived in back then, to learn about their everyday life and habits,” Samashev said.

The finds and the size of the mound suggest that the young man was of a high social status, as Yegor Kitov, an invited anthropologist from Moscow’s Institute of Ethnology and Anthropology, surmised. Also, the body had been mummified, so there would be plenty of time for those coming from far away to say farewell to the man.

“The finds indicate the high level of technological development in gold jewelry production in the 8th century B.C., which, in turn, suggests the high level of civilization at that time,” said Danial Akhmentov, head of the East Kazakhstan regional administration.

The local authorities plan to display the unique artefacts unearthed over the past three years in East Kazakhstan at a new museum.