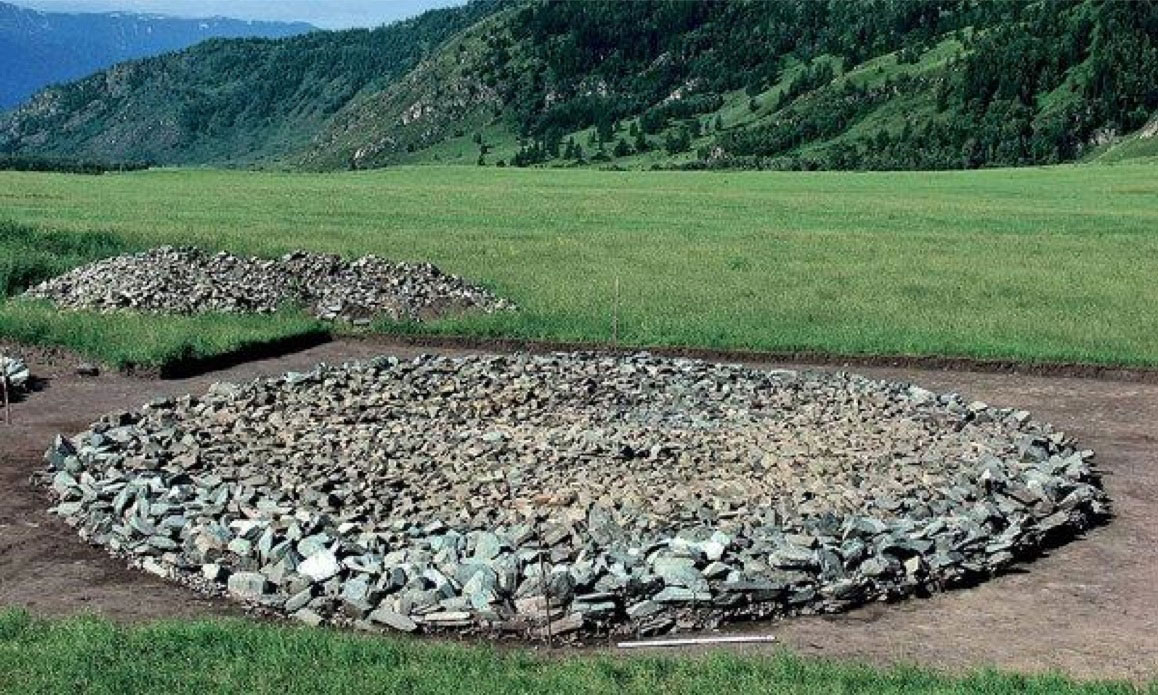 Finds connected to Huns or Sarmatians

Headless remains in Kazakhstan puzzle archaeologists shortly after their discovery in Semeytau.

The finds came to light during the latest East Kazakhstan archaeological expedition season. Led by Aidar Aitkali, the Semay-based archaeologists excavated the three largest out of a series of burial mounds located in the area, set apart from the rest as they bear the so-called “whiskers”, constructions consisted of two stone ridges laid out in the form of arcs stretching from each mound. The funerary complex is deemed as belonging to the Huns, as their mounds are very different from other nomadic populations’ funerary edifices.

While the newly found burial mounds were poor in burial goods (a single bead found in the biggest one), they are extremely important due to the fact that no skull survives among an array of anthropological remains found there. Numerous theories have been proposed to explain the lack of heads from the dead; heads could have been taken as tokens of victory by a victorious enemy, stolen for curiosity purposes back in the  days of early archaeology, crafted to artefacts following a certain narrative by Herodotus or looted. Still, the phenomenon of headless bodies has been attested during an early ’90s dig, again in East Kazakhstan. Archaeologists are to compare the evidence for both excavations in order to be able to draw any safe conclusions.