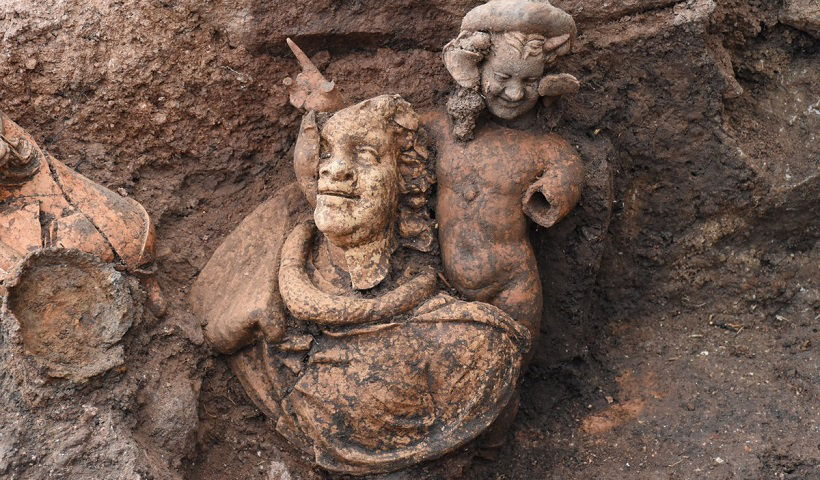 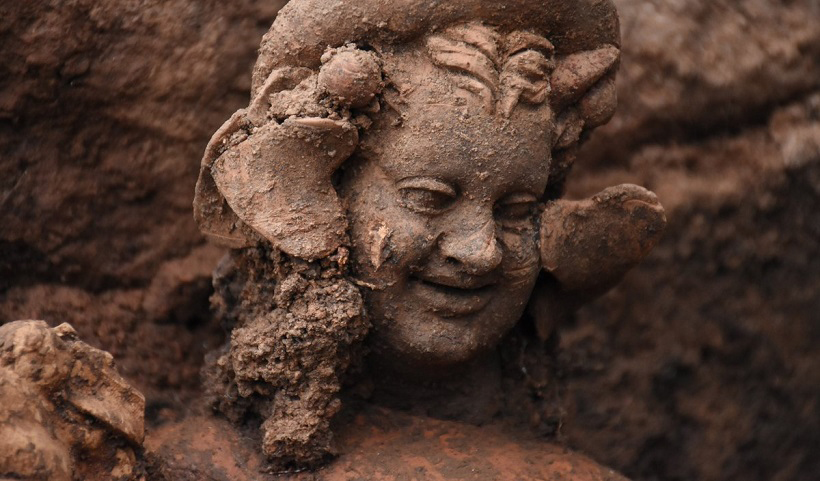 Kotyora: Statues were found of Dionysus and Pan

Two years after the statue of the goddess Cybele

Kotyora/Ordu on the Black Sea. A year and a half after publications that sent out danger signals regarding the castle of the goddess Cybele in Kotyora (Ordu in Turkish) due to the neighbouring quarry, new archaeological discoveries have brought a fresh wave of publicity to the south east of the town of the Black Sea. Excavations continue this year at the Kurul Castle—the official name of the archaeological site—and so after the statue of the goddess Cybele found intact about two years ago, two statuettes of Dionysus and Pan have now come to light. A rhyton was also found shaped like the head of a ram. This year, 15 archaeologists are working in Kurul Castle under university professor Gazi Suleyman Uzel Esenyurt. Restoration works are continuing along with the excavations for the archaeological site to be again accessible to the public in 2019.The castle is in the Bayadi village south west of the town of Kotyora and dates to the time of Mithridates King of the Pontus.

In 2016, it became well known internationally because of the 2100-year-old statue of Cybele depicting the goddess enthroned and which is now in the Kotyora museum.

Kotyora was a colony and paid tribute to the Sinopians. Homer names it Kitoros in the Iliad. During Persian rule it kept its autonomy as did all cities in this region. With the founding of the Kingdom of the Pontus by the Mithridatids, it became subjugated to it. It was in Kotyora that the Ten Thousand stayed for 45 days and after many hardships, boarded ships and sailed for Sinopi and from there returned to Greece. It should be noted that during this famous March of the Ten Thousand, the Kotyorites not only refused to put them up in their homes but denied them the purchase of provisions. Faced with this situation Xenophon ordered the houses to be forcibly occupied as well as the purchase of food by force from the surrounding villages. This hostile behavior shown by the locals was proposed by the city’s commissioner and not so spontaneous. Finally ambassadors arrived from Sinopi and having first threatened war, were then reconciled and thus the Kotyorites offered their services to the Ten Thousand. During the 2nd c. AD, Kotyora is referred to by Arrian as a small town, while in Byzantine times it was no longer mentioned.