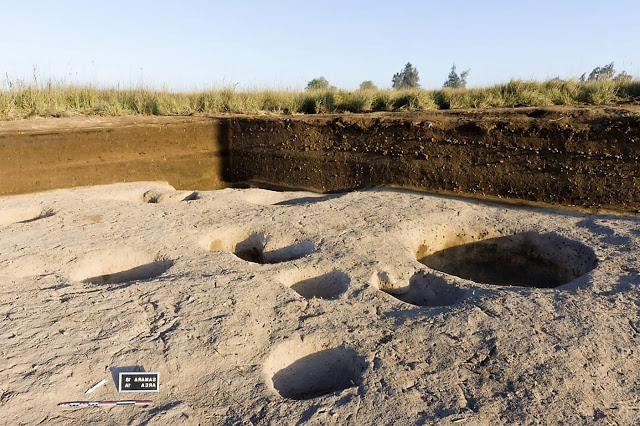 One of the earliest settlements of the Nile Delta

An Egyptian-French mission at the Tell el-Samara site in the Delta governorate of Daqahliya has recently uncovered one of the oldest villages ever discovered in the Nile Delta.

The joint mission excavated the remains of a Neolithic settlement, whose occupation lasted until the 2nd dynasty (ca. 4200-2900 BC), at the bottom level of the El-Samara
site. “Discoveries from the Neolithic period are virtually unknown in this area, so this finding is of the upmost importance,” said Frederic Geyau, the head of the mission.

The only other settlement discovered so far from the Neolithic period is the town of Sais, which was excavated by the Egyptian Exploration Society.