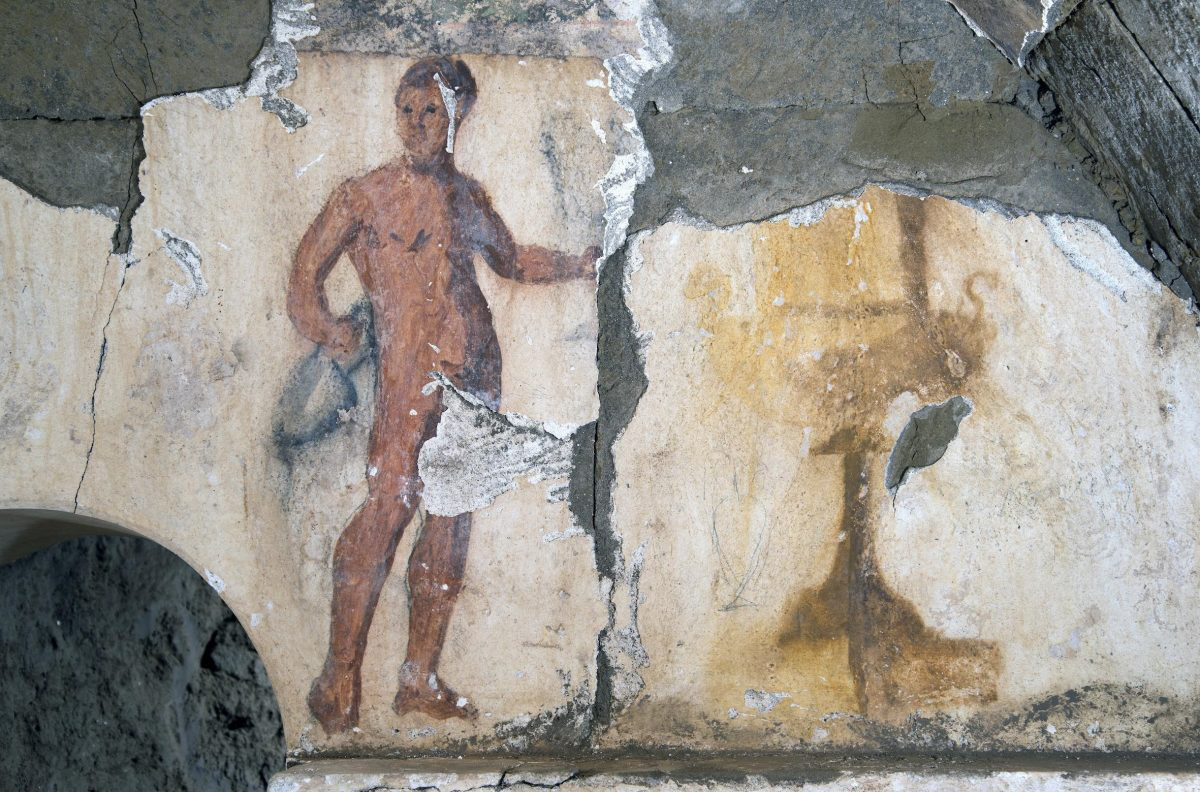 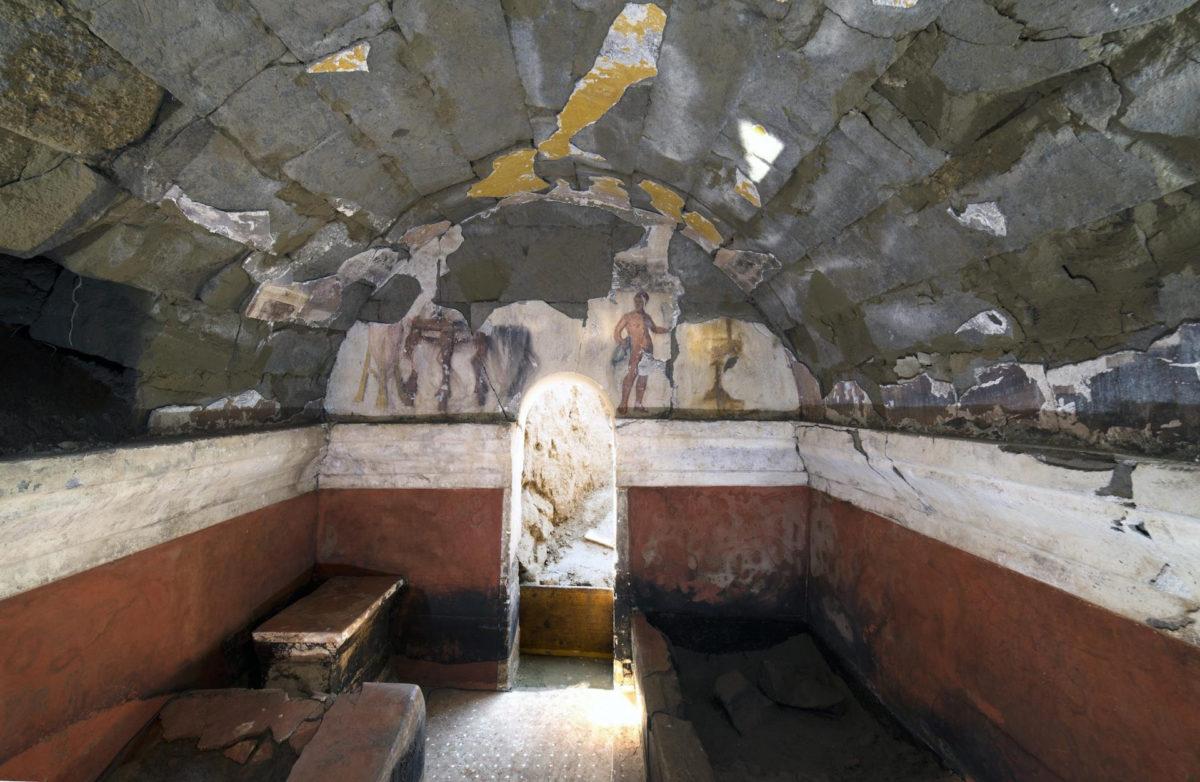 Painted tomb discovered in Cumae: A banquet frozen in time

Twice the size of Pompeii, the ancient city of Cumae is located 25 km west of Naples on the Tyrrhenian Sea facing the island of Ischia, in the Campi Flegrei Archaeological Park.

Ancient historians considered Cumae the oldest Ancient Greek settlement in the western world. Founded in the latter half of the 8th century BC by Greeks from Euboea, the settlement grew quickly and prospered over time.

In recent years, French researchers have focused on an area where a Greek sanctuary, roads and a necropolis were found. Among the hundreds of ancient sepulchres unearthed since 2001, they have discovered a series of vaulted burial chambers made of tuff, a volcanic stone found in the area. People entered the tomb through a door in the façade sealed with a large stone block. The space inside was generally composed of a chamber with three vaults or funerary beds. The tombs were raided in the 19th century, but recovered remains and traces of funerary furnishings, which archaeologists have used to date the tombs to the 2nd century BC, indicate the high social status of those buried within.

Until now, only tombs painted red or white had been found, but in June 2018 researchers discovered a room with exceptionally executed figure painting. A naked servant standing and holding a silver-plated jug and vase for wine is still visible. To his left, a krater (vase) on a stand is visible. To the left of the door are a silver-plated situla, a type of bucket-shaped vessel, a wooden table and a wine amphora on a stand. On the side walls are what appear to be landscape scenes. The banquet’s guests are thought to have been painted on the side walls. Other elements of the banquet can also be distinguished. In addition to the excellent state of conservation of the remaining plaster and pigments, such a décor in a tomb built in that period is rare; its “unfashionable” subject matter was in vogue one or two centuries earlier. This discovery is also an opportunity to trace artistic activity over time at the site.

To preserve the fresco, archaeologists removed it, along with fragments found on the ground, in order to re-assemble the décor like a puzzle.

The digs were carried out with financial support from the French Ministry of Europe and Foreign Affairs, the Ecole française de Rome and the Fondation du Collège de France. This research is part of a concession granted by the Italian Ministry of Cultural Assets and Activities in partnership with the Phlegraen Fields archaeological site.