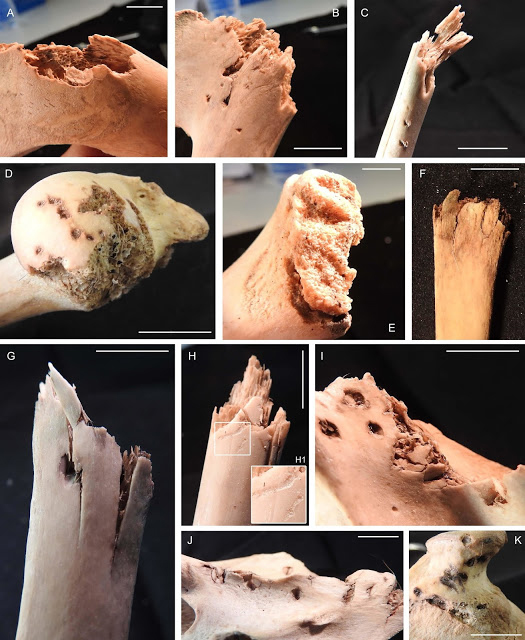 Small carnivores might be the most destructive in archaeological sites

A recent study by CENIEH

A recent study published in the journal Archaeological and Anthropological Sciences featuring Ruth Blasco, a taphonomy specialist from the Centro Nacional de Investigación sobre la Evolución Humana (CENIEH), and member of the URV-IPHES, attempts to simulate the actions of small carnivores at an experimental level and find diagnostic features that make them different from other agents, both in terms of bone modification and spatial alteration (dispersal of remains), culminating in the conclusion that they could have produced important modifications in archaeological sites.

While the presence of small carnivores, like the red fox, is common in the majority of European Pleistocene sites, only a few studies have been carried out to describe their taphonomic signal (that is, their diagnostic marks) in bone sets of macro-vertebrates.

“Our experimental line of work is essentially based on a simulation of different scenarios of predation and interaction aimed at characterizing the actions of wild carnivores by involving not only small carnivores, such as the fox or the badger, but also big predators such as the brown bear,” says Ruth Blasco.

The experimental work is being carried out mostly in the Parc Natural de l’Alt Pirineu, in the Lleida Pyrenees, an area without any human interference that could modify the behavior of these animals.

“This is an essential fact when it comes to extrapolating experimental data, given that only these scenarios ensure the necessary isolation to avoid altering the taphonomic signal and adequate archaeological interpretations,” explains Blasco.

The study belongs to a larger experimental project that began in 2010 and is the result of the need to address the taphonomic complexity of the formation of some Pleistocene sites.