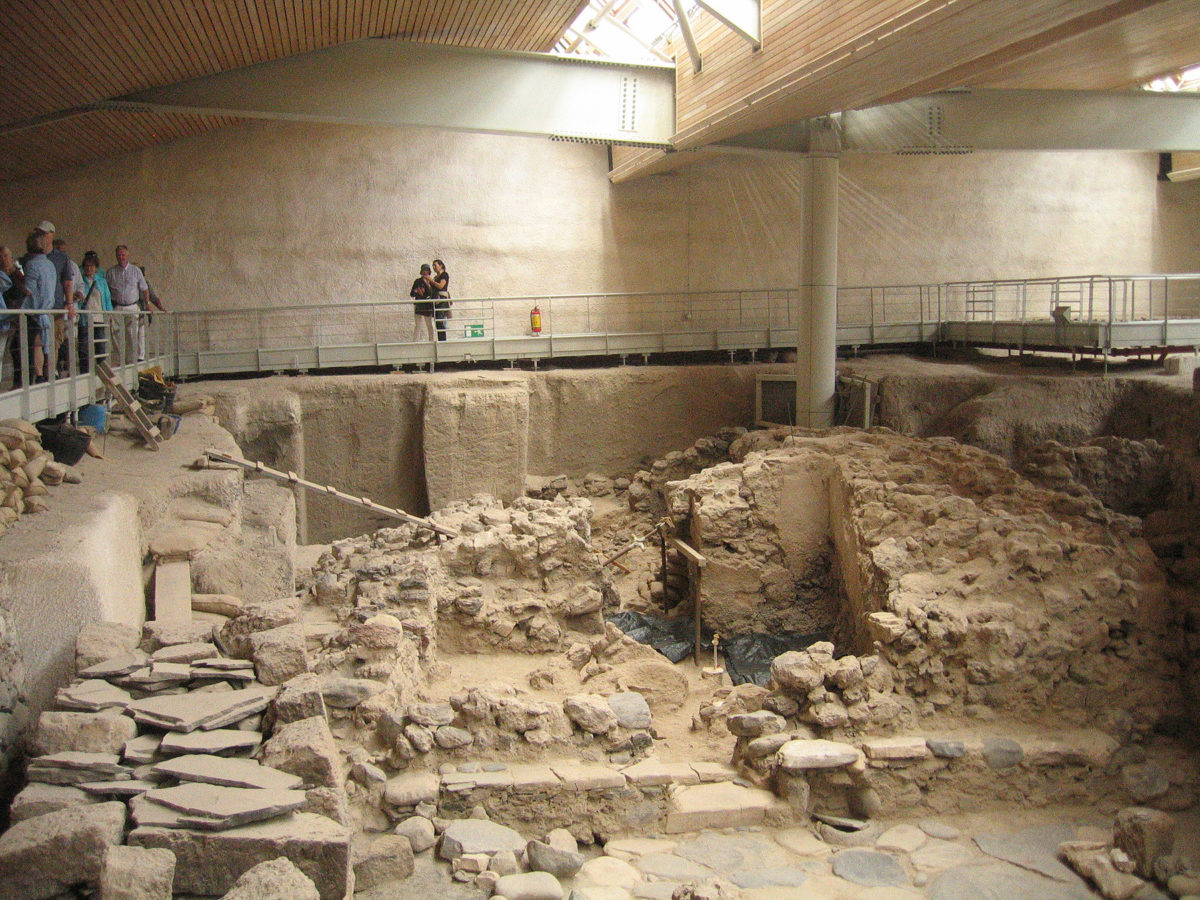 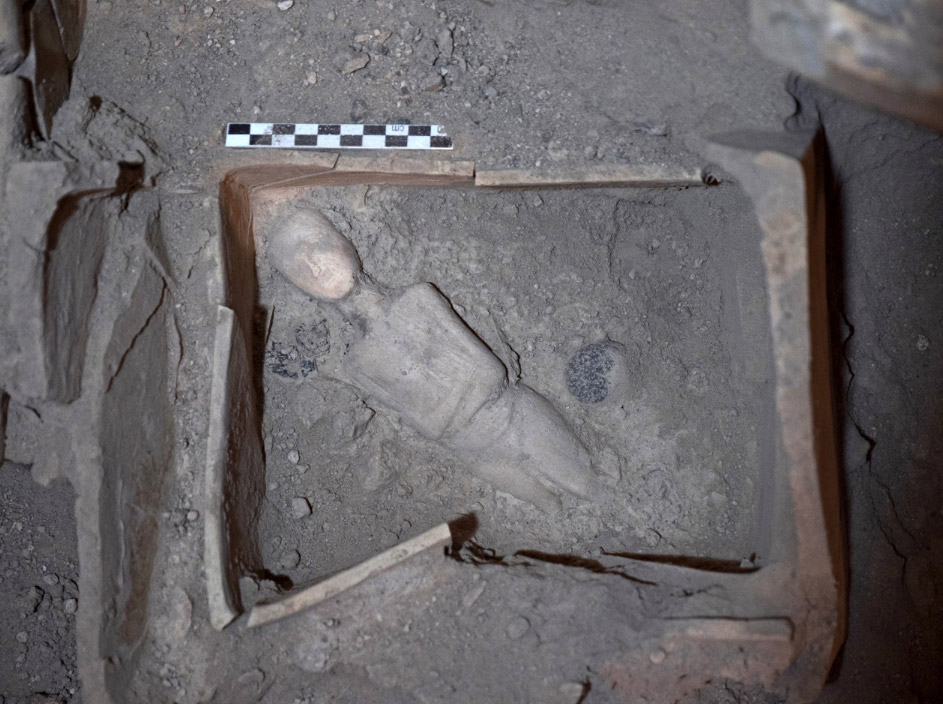 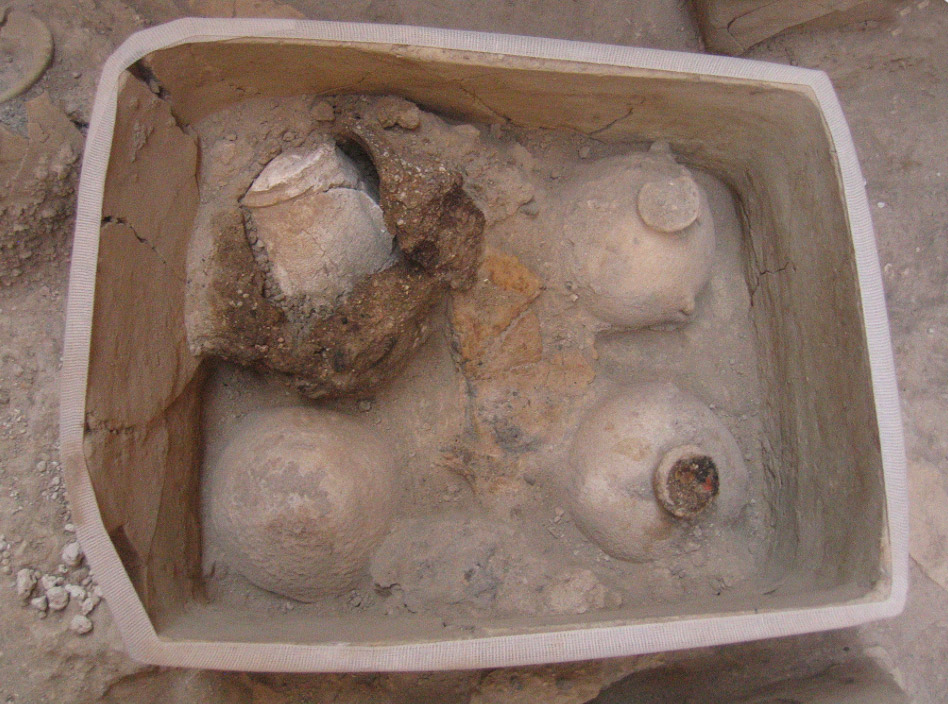 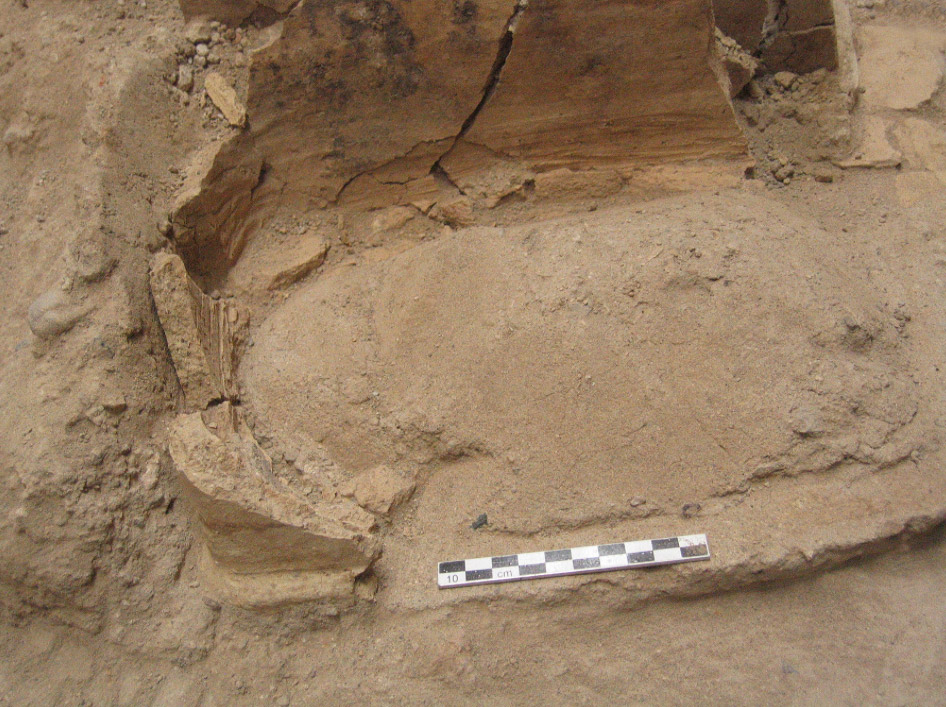 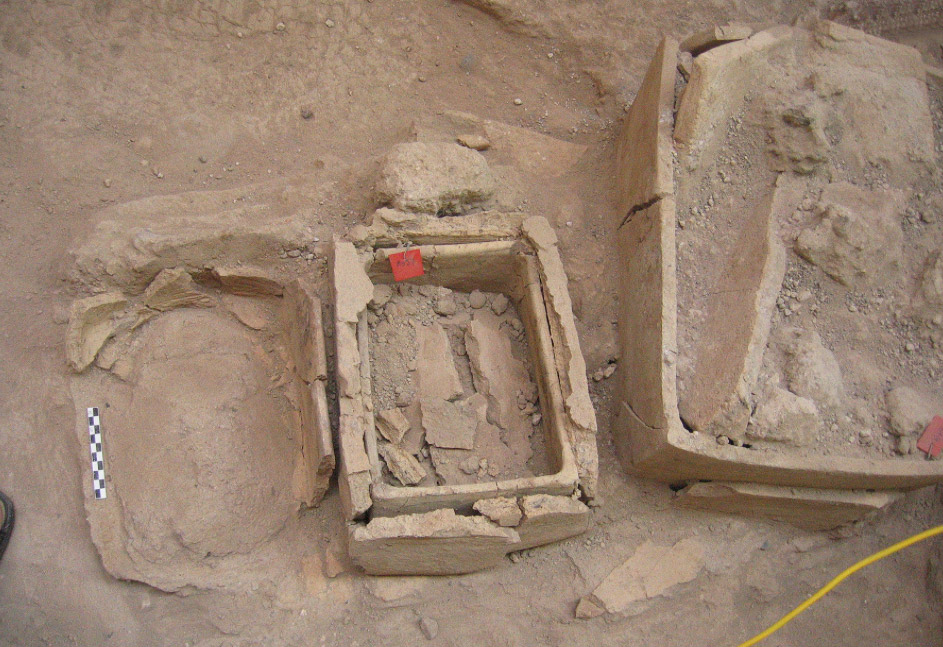 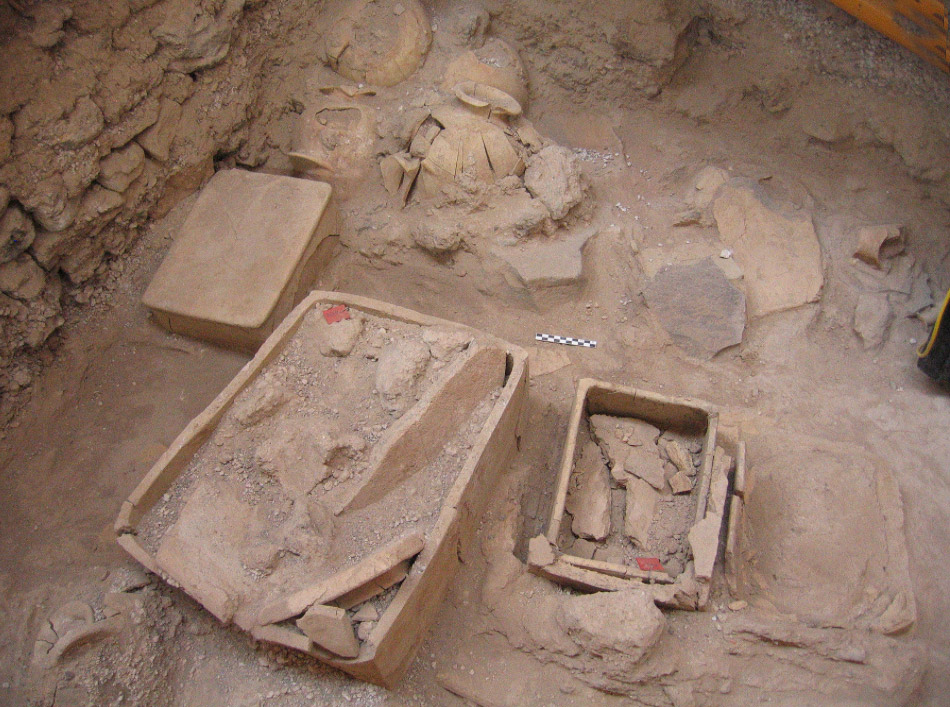 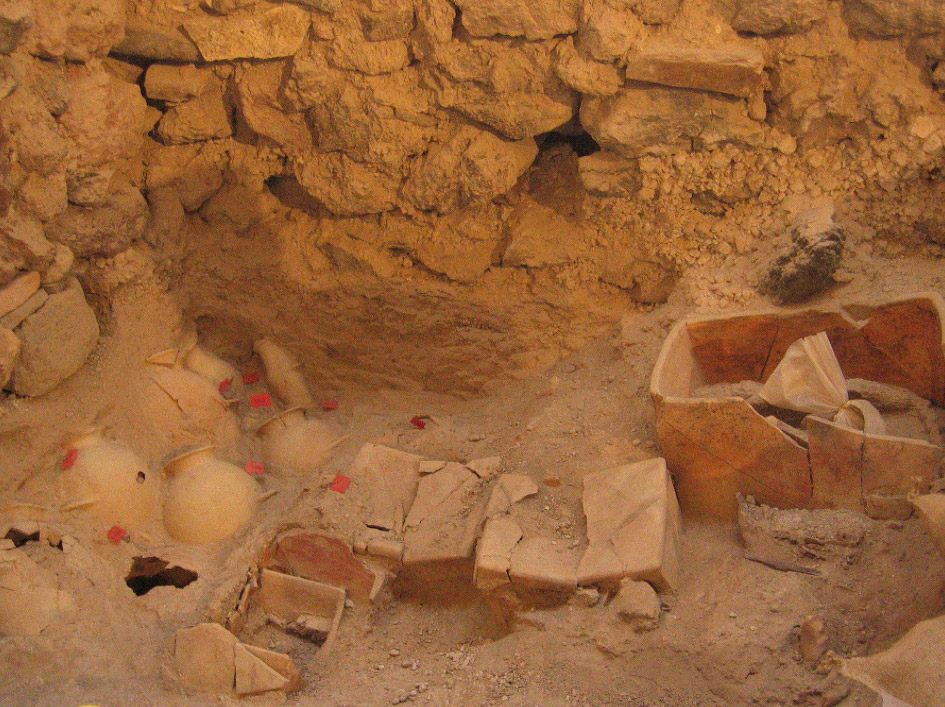 A site used for rituals gradually comes to light

Important new data has come to light during the ongoing excavation works at Akrotiri, Thera conducted under the auspices of the Archaeological Society  at Athens, headed by Professor Emeritus Mr. Christos Doumas and funded by the Kaspesky Lab. Inside an important, most probably public building, known as the “House of Benches,” where in 1999 the famous golden ibex had been found inside a clay larnax next to a pile of animals’ horns, amphoras were found this year under the destruction backfills in chronological order, together with small rectangular clay larnakes.

After the gradual unearthing and cleaning of the small larnax in the space’s NE corner, an Early Cycladic marble female statuette was found placed diagonally on the artefact’s bottom.

Three larnakes were unearthed from a group in the SE corner of the site. The two smaller ones contained an oval lump of clay while in the larger one, two small marble Early Cycladic craters had been placed upside down along with a marble phiale and a vessel made of alabaster.

The ongoing excavation at Akrotiri gradually reveals a site used for rituals, very close to the Xeste 3, an important public building on the settlement’s south boundary, richly decorated with frescoes. These finds are undoubtedly related to the beliefs held by Theran society and encourage new interpretations of essential questions on the ideology and possibly the religion of the society of the prehistoric Aegean.