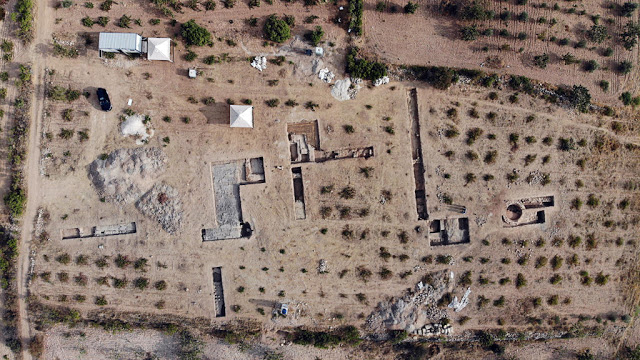 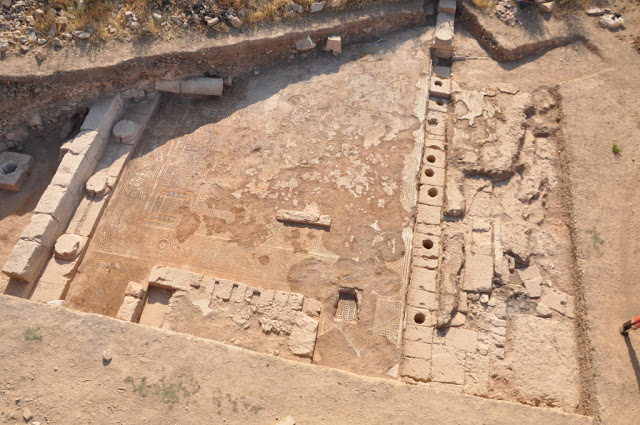 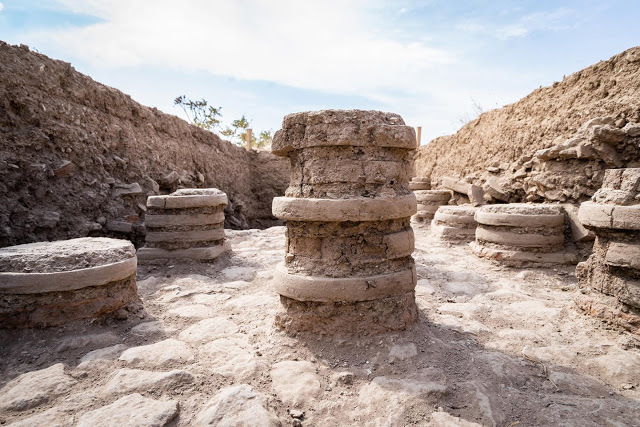 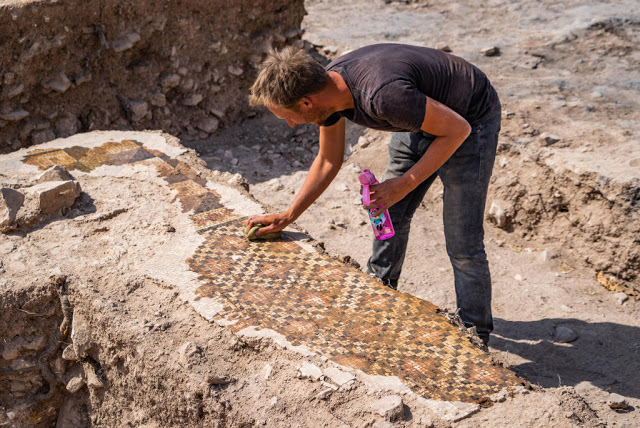 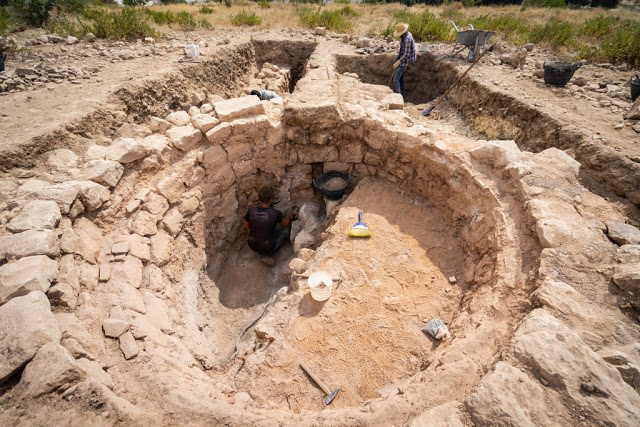 Excavations in the ancient town of Doliche

Classical scholars from the Cluster of Excellence “Religion and Politics” at the WWU have explored a rare bathing facility in southeastern Turkey from the time of the Roman Empire, and a magnificent basilica from Christian late antiquity.

“Our excavations in the ancient town of Doliche clearly show how a town flourished across epochs and religions in what was then northern Syria – from the Hellenistic period through Christian late antiquity to the early Islamic epoch”, says classical scholar and excavation director Engelbert Winter from the Cluster of Excellence, who was speaking at the end of the excavation season.

“The bath, decorated with splendid mosaics, was built in the 2nd or 3rd century AD, when public baths in Syria, unlike in the Latin West, were exceedingly rare. However, the bath was no longer in operation from as early as the 4th century AD”.

People left the town as a result of wars and economic crises. “A new heyday began under Christian auspices: the basilica was built, and the town, which had originally gained attention and become rich on account of the sanctuary of the Roman god Jupiter Dolichenus, became a bishopric”.

The excavation team has been conducting research since 2001 in ancient Doliche, which in the time of the Roman Empire housed the sanctuary of the prominent city god Jupiter Dolichenus. Up until 2016, the researchers published findings from all epochs of the 2,000-year history of the place of worship. Since last year, they have concentrated on the neighbouring urban area.

“Doliche is an ideal case study for the cultural, political and religious development of a town in ancient Syria”, says Winter. At first, Doliche changed dramatically through its integration into the Roman Empire.

“The bathing facility shows how Roman customs were adopted and shaped the townscape”. Comprising around 2,000 square metres, the bathing facility was of considerable size. “It has the sequence typical of Roman times: cold, warm and hot baths”.

An approximately 150-square-metre room with swimming pool has now been partially uncovered, along with parts of the heating system under the floor. The finds, as well as mosaics, date the facility to the 2nd to 3rd century AD.

When the bath fell into disuse in the course of Christianization, the lime and marble building material was processed in a large lime kiln, and then used for new constructions.

It was during this stage in the late 4th century AD that the newly discovered three-nave basilica was built, as Winter points out. “The onset of Christianization changed the internal structure of the town. The changing townscape reveals a new Christian identity”.

The discovery of the church represents a special opportunity, as very few church buildings within a city have thus far been archaeologically investigated in this region, which is of great importance for early Christianity. What test trenches dug south of the church this year mainly brought to light were rooms that researchers interpret as being ancillary rooms and extensions of the church complex.

“This makes the church facility much more spacious than expected. Its further excavation promises to make a significant contribution to our understanding of religious life and sacral architecture in the northern Syria of late antiquity”.

Further finds from the area around the church indicate that it was probably destroyed by an earthquake in the 7th century. The town itself was finally abandoned in the 12th century.

According to Winter, the aim of further research is to obtain “a high-resolution picture of the city and how it developed”.

“We are faced here with a monumental task that we are tackling systematically with the help of state-of-the-art methods and research questions. It is not so much about exposing magnificent buildings as it is about generating the most precise information possible on how people lived their lives through the ages”, adds assistant professor Michael Blömer from the University of Aarhus.

“What did the inhabitants consume, what did their everyday lives look like, how did the economy function? And how did the town react to crises like wars, natural disasters, but also political and religious changes?”