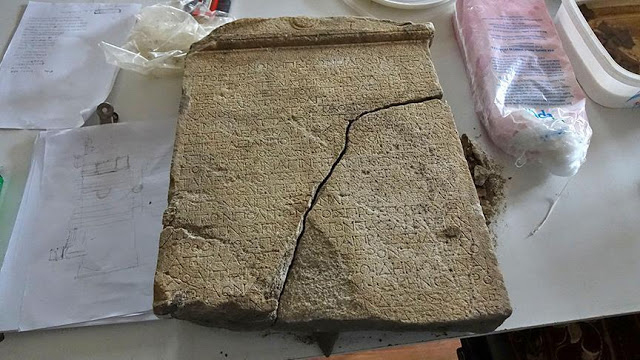 In ancient Antandros, in the northwestern Balikesir province

Head of the excavation, Gurcan Polat of Ege University, said the surveys focused in two areas of the ancient Greek city of Antandros in the northwestern Balikesir province, including a Roman-style villa on a hillside. In fact archaeologists have been excavating the villa since 2001.

This year the team revealed a well that possibly belonged to the villa. The 22-line inscription was found in this well.

The inscription is being investigated by experts. It includes “a text about honouring and giving privileges to a commander who was sent to Antandros by King Eumenes I of Pergamon and [King] Attalos.”