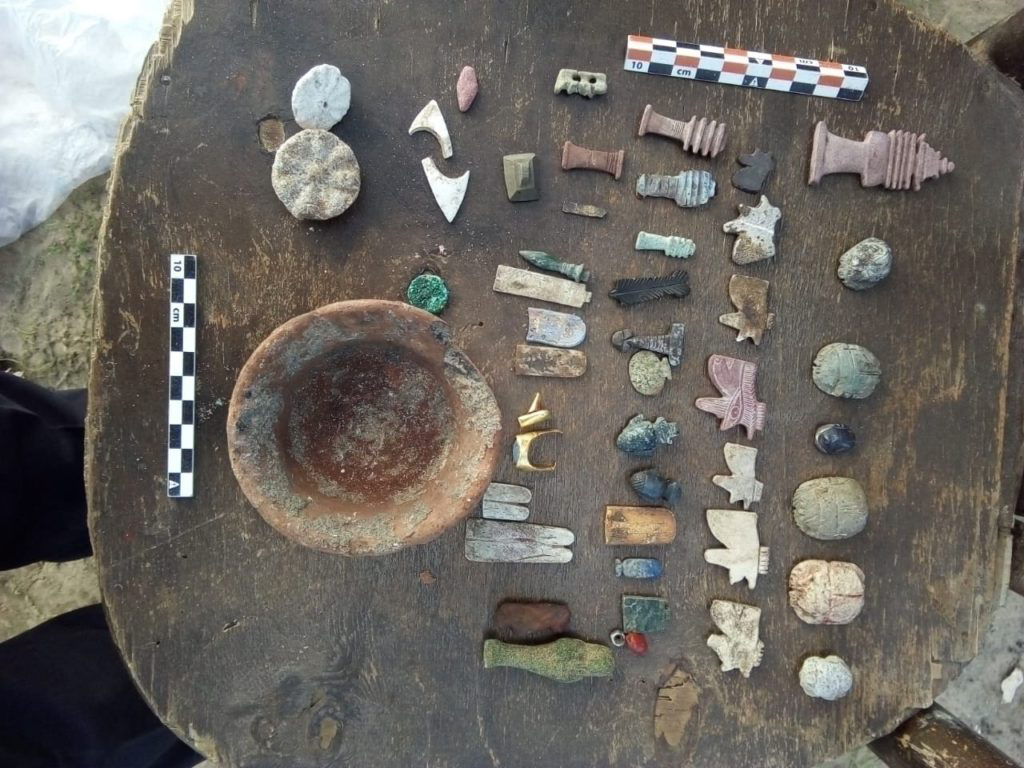 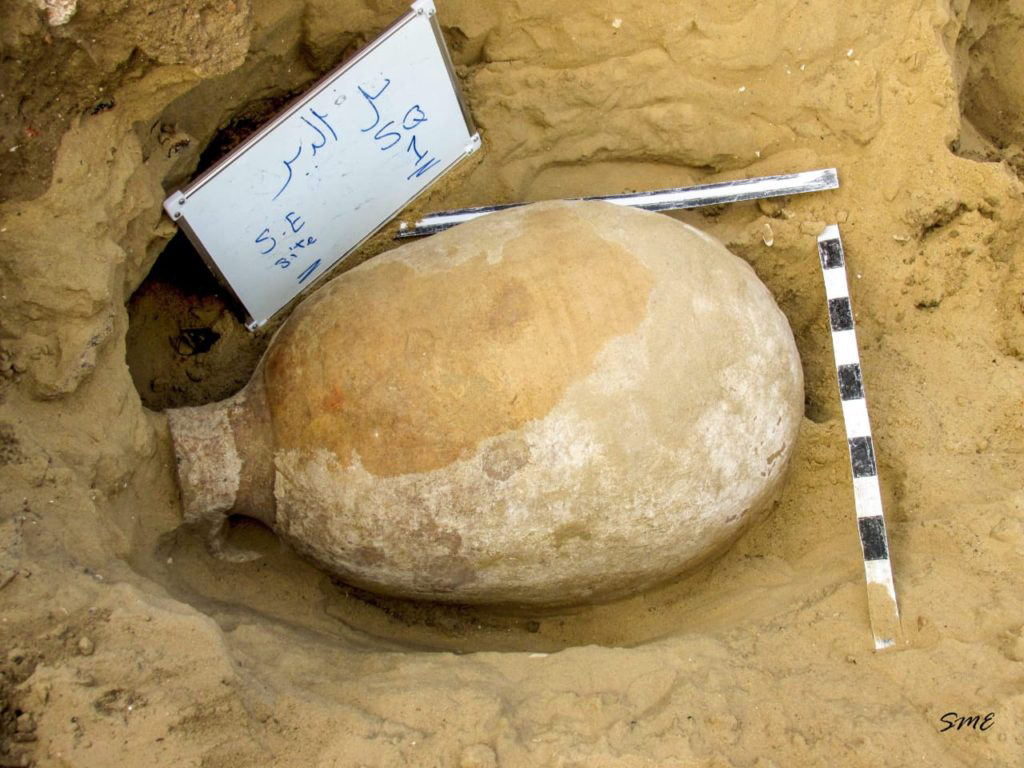 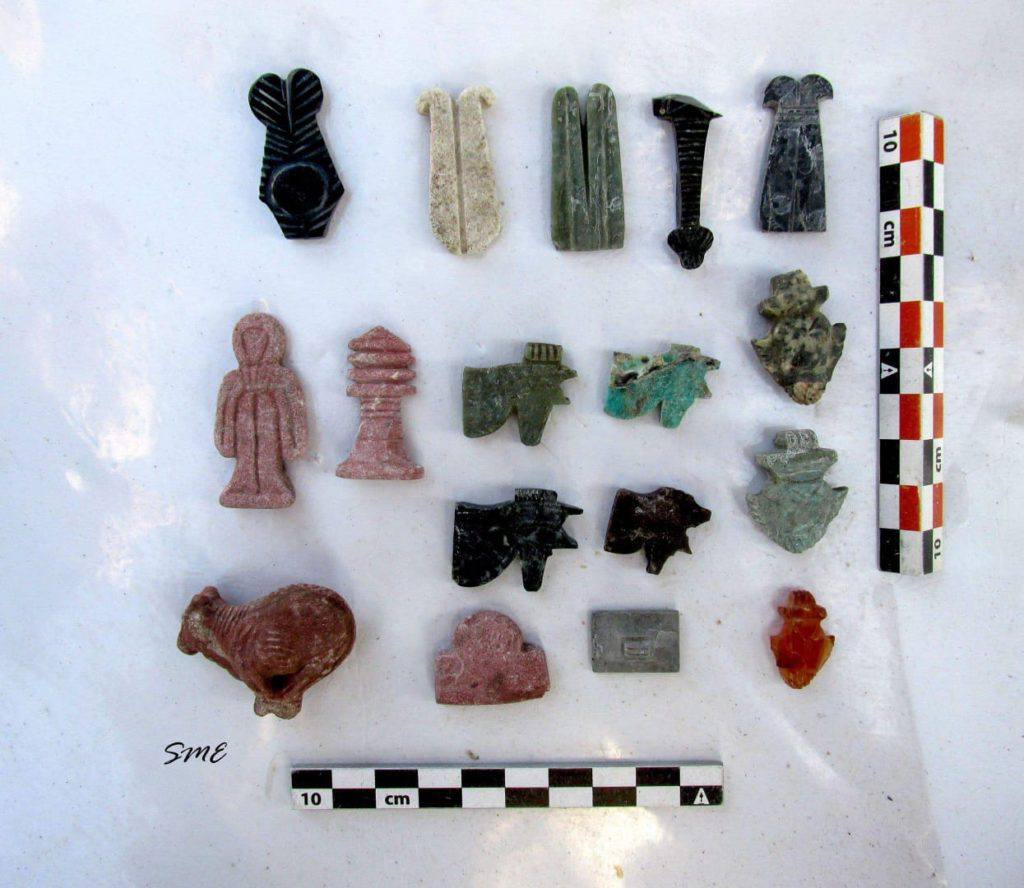 An Egyptian Archaeological Mission affiliated by the Ministry
of Antiquities that excavates at ‘Tal El-Deir’ site in Damietta
announced the discovery of a collection of red cylindrical
pottery coffins that date back to the Roman era.

Dr. Mustafa El-Waziri, Secretary General of the Supreme Council
of Antiquities, said that a number of the unearthed coffins
depict apparent facial features of mouth and nose, whilst others
have lines and geometrical engravings. The coffins also embrace
remains of white carton burial materials that were placed on
parts of the deceased body after enshrouding him/her with
linen.

On her part, Nadia Khader, head of the Central Department of
Antiquities in Deir El-Bahary, noted that the mission found
various remains of pottery pots and more than 700 amulets of
various shapes and materials, some were in the form of Pharaonic
Gods Isis, Horus and Taort [= Taweret] in addition to heart
shaped ones.

Also a collection of different sized cats, golden sheets and five
golden rings, three of them were small and topped with grapes
cluster the symbol of Greek God Dionysius and Roman God Bacchus
of the other world, theatre and wine. Another rings were topped
by dolphins that was linked to Sea God Poseidon.

Reda Abu-ElMaati, the General Director of Excavations and Missions
in Damietta, added that this season’s excavations are to complete
previous ones in which remains of a 26th dynasty necropolis was
unearthed, specifically in the time of Kings Psamtik II and
Nefr-Ayb-Ra [= Neferibre].

The Director of Damietta Antiquities Sami Eid declared that the
cemetery contains many stone coffins, amulets and two Ochapati
[= ushabti] statues that has engravings of King Psamtik II’s name,
which were transferred to the Grand Egyptian Museum.