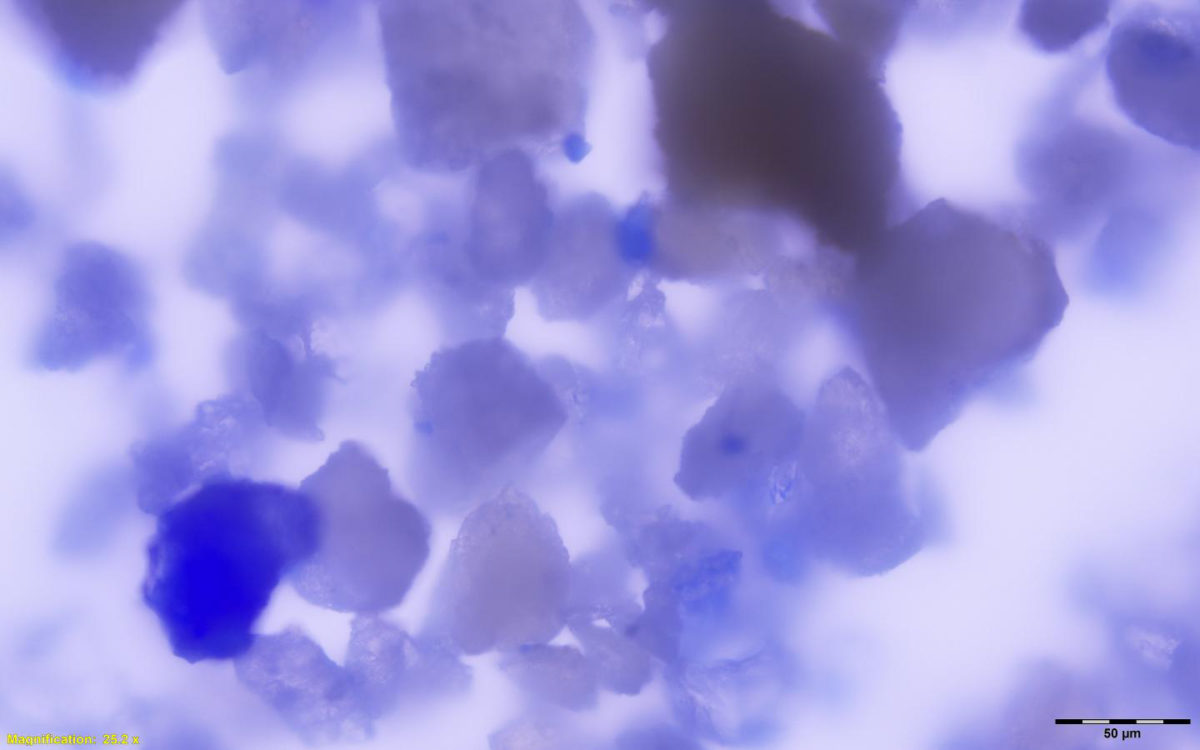 Illuminating women’s role in the creation of medieval manuscripts

During the European Middle Ages, literacy and written texts were largely the province of religious institutions. Richly illustrated manuscripts were created in monasteries for use by members of religious institutions and by the nobility. Some of these illuminated manuscripts were embellished with luxurious paints and pigments, including gold leaf and ultramarine, a rare and expensive blue pigment made from lapis lazuli stone.

In a study published in Science Advances, an international team of researchers led by the Max Planck Institute for the Science of Human History and the University of York shed light on the role of women in the creation of such manuscripts with a surprising discovery—the identification of lapis lazuli pigment embedded in the calcified dental plaque of a middle-aged woman buried at a small women’s monastery in Germany around 1100 AD. Their analysis suggests that the woman was likely a painter of richly illuminated religious texts.

A quiet monastery in central Germany

As part of a study analyzing dental calculus—tooth tartar or dental plaque that fossilizes on the teeth during life—researchers examined the remains of individuals who were buried in a medieval cemetery associated with a women’s monastery at the site of Dalheim in Germany. Few records remain of the monastery and its exact founding date is not known, although a women’s community may have formed there as early as the 10th century AD. The earliest known written records from the monastery date to 1244 AD. The monastery is believed to have housed approximately 14 religious women from its founding until its destruction by fire following a series of 14th century battles.

One woman in the cemetery was found to have numerous flecks of blue pigment embedded within her dental calculus. She was 45-60 years old when she died around 1000-1200 AD. She had no particular skeletal pathologies, nor evidence of trauma or infection. The only remarkable aspect to her remains was the blue particles found in her teeth. “It came as a complete surprise—as the calculus dissolved, it released hundreds of tiny blue particles,” recalls co-first author Anita Radini of the University of York. Careful analysis using a number of different spectrographic methods— including energy dispersive X-ray spectroscopy (SEM-EDS) and micro-Raman spectroscopy—revealed the blue pigment to be made from lapis lazuli.

A pigment as rare and expensive as gold

“We examined many scenarios for how this mineral could have become embedded in the calculus on this woman’s teeth,” explains Radini. “Based on the distribution of the pigment in her mouth, we concluded that the most likely scenario was that she was herself painting with the pigment and licking the end of the brush while painting,” states co-first author Monica Tromp of the Max Planck Institute for the Science of Human History.

The use of ultramarine pigment made from lapis lazuli was reserved, along with gold and silver, for the most luxurious manuscripts. “Only scribes and painters of exceptional skill would have been entrusted with its use,” says Alison Beach of Ohio State University, a historian on the project.

The unexpected discovery of such a valuable pigment so early and in the mouth of an 11th century woman in rural Germany is unprecedented. While Germany is known to have been an active center of book production during this period, identifying the contributions of women has been particularly difficult. As a sign of humility, many medieval scribes and painters did not sign their work, a practice that especially applied to women. The low visibility of women’s labor in manuscript production has led many modern scholars to assume that women played little part in it.

“She was plugged into a vast global commercial network stretching from the mines of Afghanistan to her community in medieval Germany through the trading metropolises of Islamic Egypt and Byzantine Constantinople. The growing economy of 11th century Europe fired demand for the precious and exquisite pigment that traveled thousands of miles via merchant caravan and ships to serve this woman artist’s creative ambition,” explains historian and co-author Michael McCormick of Harvard University.

“Here we have direct evidence of a woman, not just painting, but painting with a very rare and expensive pigment, and at a very out-of-the way place,” explains Christina Warinner of the Max Planck Institute for the Science of Human History, senior author on the paper. “This woman’s story could have remained hidden forever without the use of these techniques. It makes me wonder how many other artists we might find in medieval cemeteries—if we only look.”