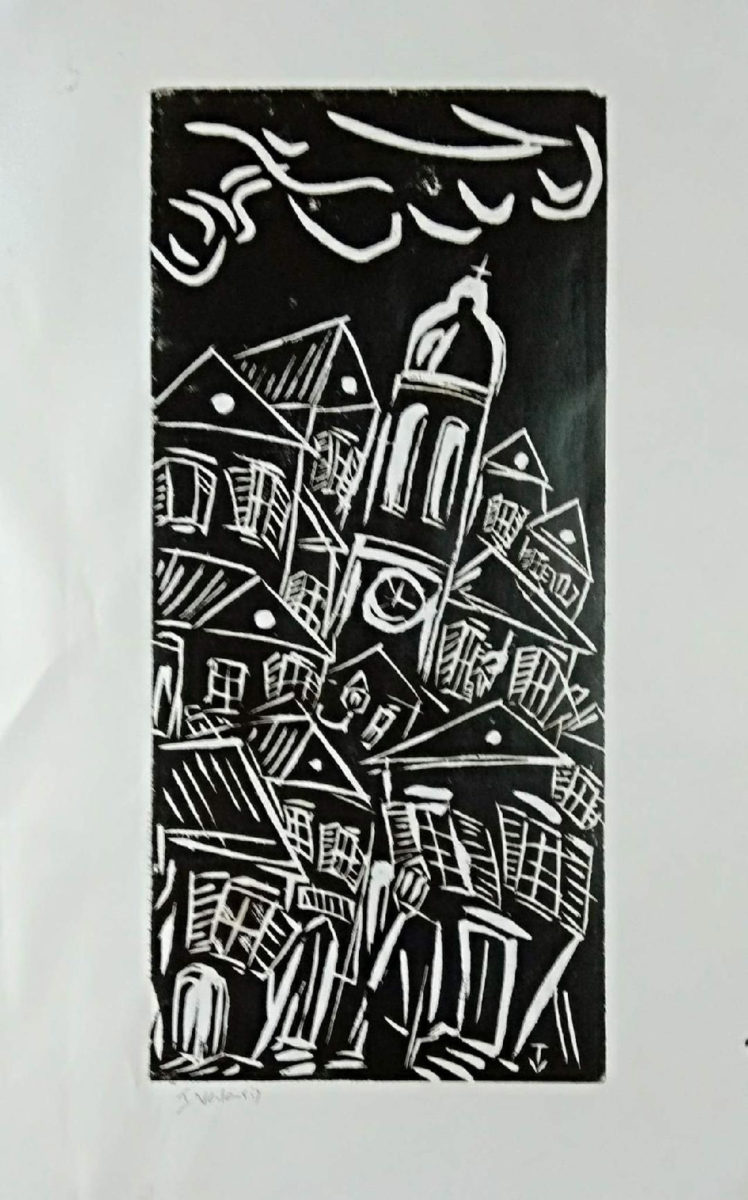 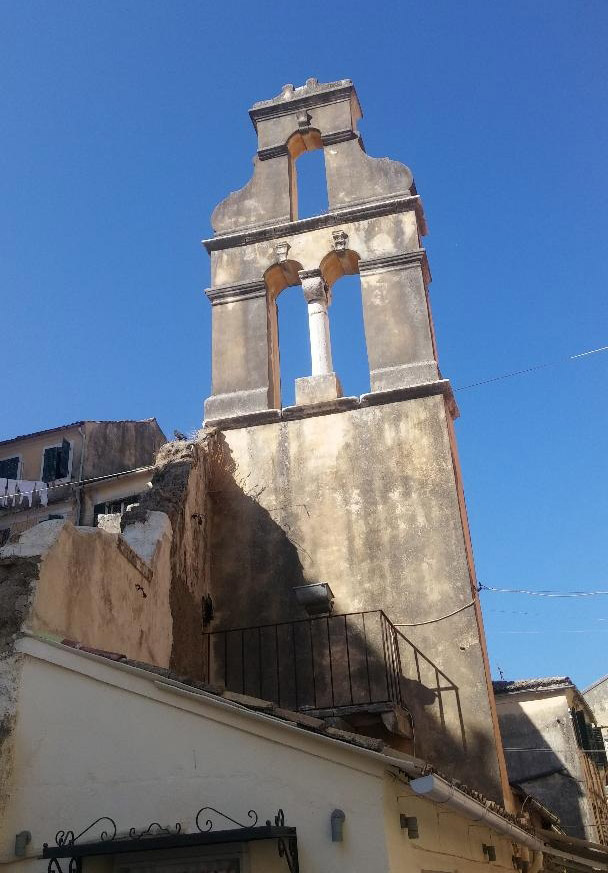 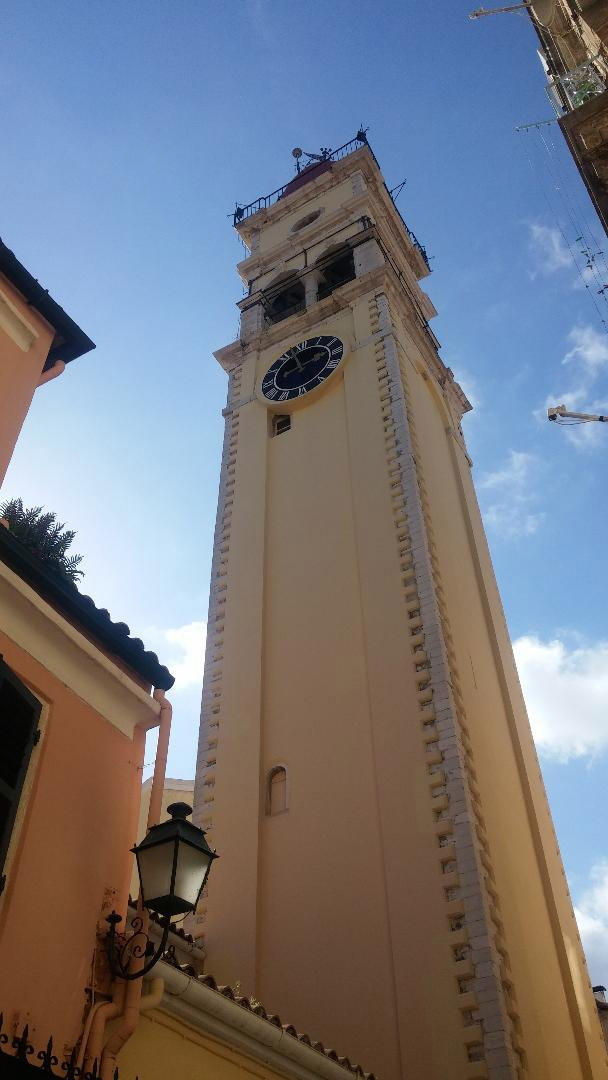 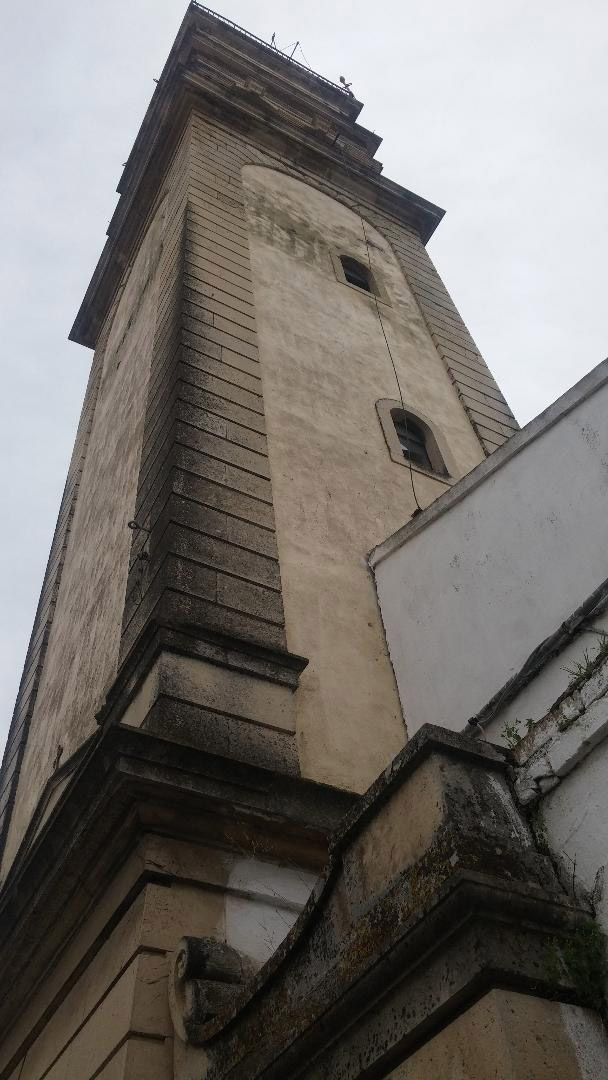 The belfries of Corfu… guardians of the island

The island’s points of reference

The tall, imposing and unique forms of the belfries of Corfu cast their shadow over the rest of the buildings and the island’s narrow alleyways (kantounia), recording history and guarding the town. They are landmarks because of their special architecture, their height and history. One is never left unmoved by them, whether an artist or a visitor.

As buildings, the belfries of Corfu are divided into two categories; bell towers and plain campanili which are the ones with perforated walls.

Some are directly attached to the church and some, mainly the bell towers, are free standing. The latter are called Venetian by the locals, while the others are known as Frankish.

Bell towers usually have a red dome. The most well known of these is that of Aghios Spyridon. It was built in 1590 in the style of the single nave basilica and resembles Saint George in Venice. It is 40 metres high, has seven bells and a big blue clock that, according to the locals, symbolizes “the town’s heartbeats”. The bell tower of Aghios Spyridon, the island’s patron saint, is the emblem and landmark of Corfu and can be seen from any spot in the town because of its height.

The belfries/campanili with perforated walls, which are flat, have adopted the local elements of church architecture and are made up of three parts; the lower one and two perforated upper zones where the bells are placed. The two most well known campanili are those of Panaghia Vlacherna opposite Pontikonisi and of the Aghioi Pateres in the old town of Corfu (used today as the Byzantine Museum of the Metropolis) which according to historical data was redesigned in 1768.

The island’s belfries go back hundreds of years.

Aghios Antonios’ belfry with its particular Ionian Island architecture was rebuilt in 1753 and data mentions its being first built in the 15th century.

The bell tower of the Theotokos Spylaiotissa was built in 1577, while one of the island’s tallest belfries is situated in the town’s suburb of Potamos, in the church of Aghios Varvaros which was built in 1603 in the form of a tower.

The belfry of Aghios Ioannis is also historical having been built in 1480. It was in this church that the great ecclesiastical scholar Nikephoros Theotokis preached and where Greece’s first Governor Ioannis Kapodistrias attended mass.

Prominent among Corfu’s special belfries is that of the Catholic Monastery of the Annunciata, destroyed by bombardments, in the Old Town. The church had been built in the late 14th century. The remains of the dead from the naval battle of Lepanto in 1571 were buried there, while today only the imposing belfry survives.

The belfry of the Panaghia Platytera Monastery, where the tombs of Kapodistrias and most of Corfu’s metropolitans are to be found, was erected in 1864. It is 28 metres high, built as a tower with a dome, while the bells were made in Venice in 1868.

The island’s oldest belfry is in the Aghioi Theodoroi monastery in the district by the same name. It was constructed in the 15th century and is influenced by Italian styles.

The belfry in the Byzantine church of Aghioi Iasonas and Sosipatros in Garitsa is also a unique Byzantine construction.

In the island’s countryside, the belfries that stand out are those of the Holy Monastery of the Pantokrator built in 1347 and the belfries surviving in Palia Peritheia. Despite the latter having been entirely abandoned, three belfries stand there; those of Aghios Spyridon (1754), Aghios Iakovos (1506) and a third belonging to an unknown church  influenced architecturally by the Venetian culture. Thus the history of the little village has not “faded” with time.

The particular feature Corfu’s belfries have in common is that they have not been carried away by the “fashion” of today’s electronic sound.

At Christmas and Easter the bells of Corfu compose their own melodies. Each one of them gives its own concert which would be the envy even of Beethoven. In the villages in fact, belfry sounds differ from morning to noon and from afternoon to night.

Those who manage by the inside stairway to reach the top of these very tall belfries and ring the heavy bells rhythmically are considered by the locals to be blessed.

Years may go by but the hundreds of Corfu’s unique belfries remain untouched by time. They are an inspiration for painters, unique pieces of architecture for visitors, landmarks for passersby, and guardians of the island for the locals, keepers of Corfu’s history for centuries now.