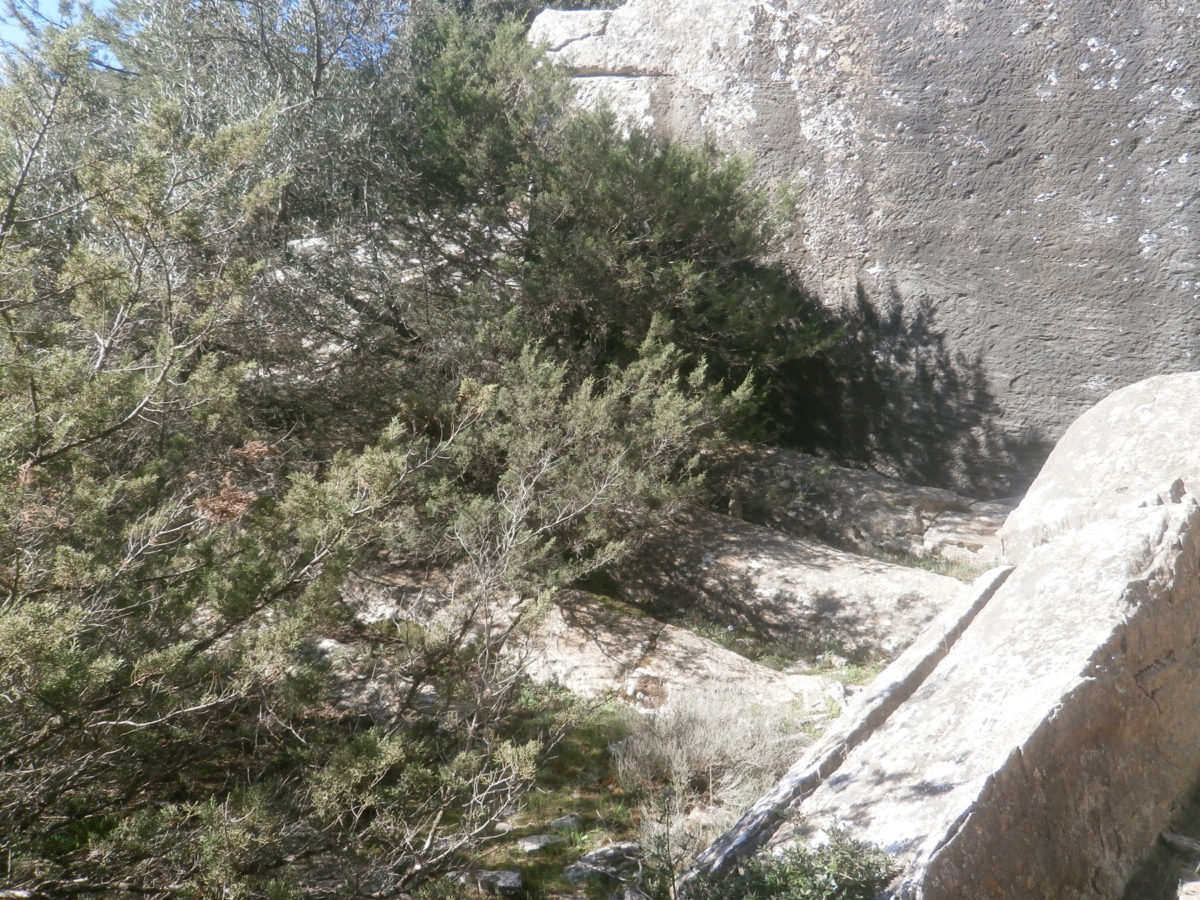 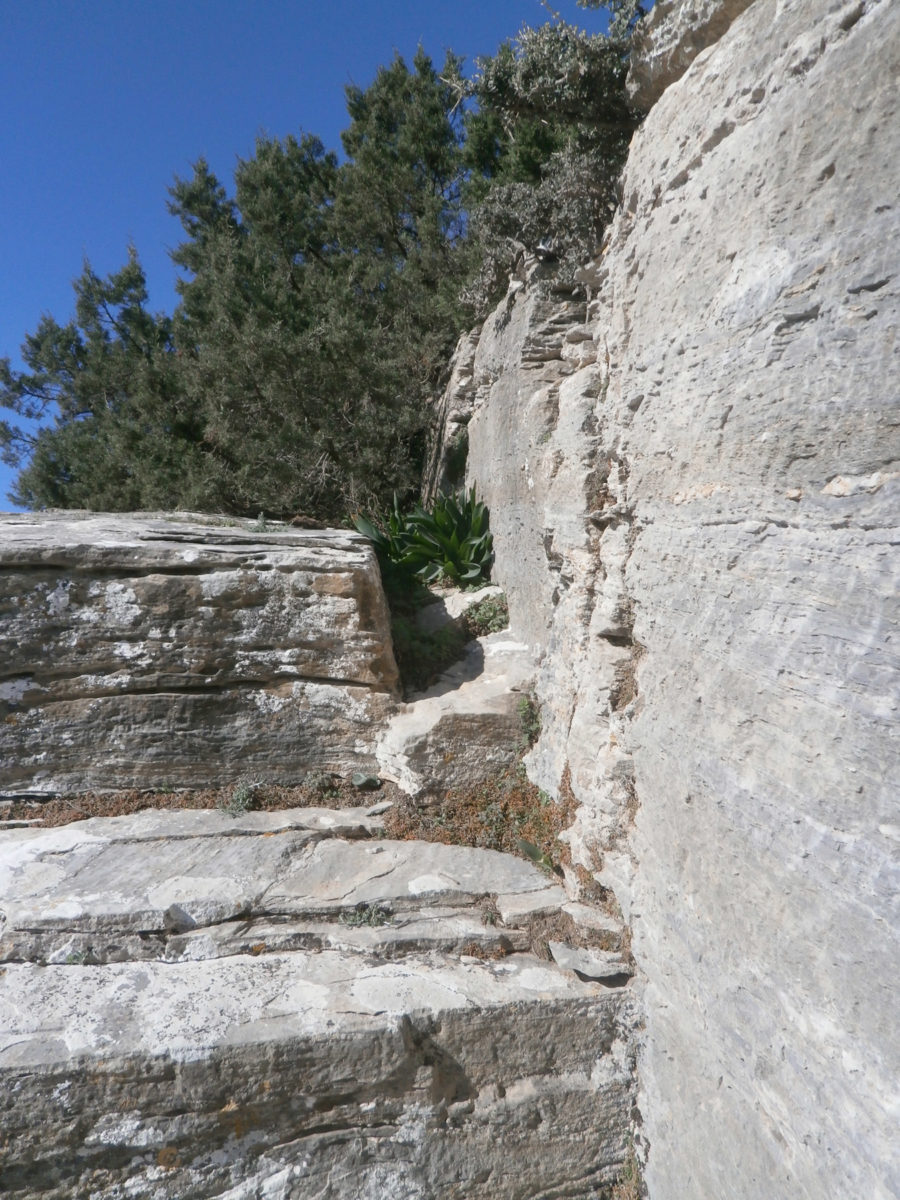 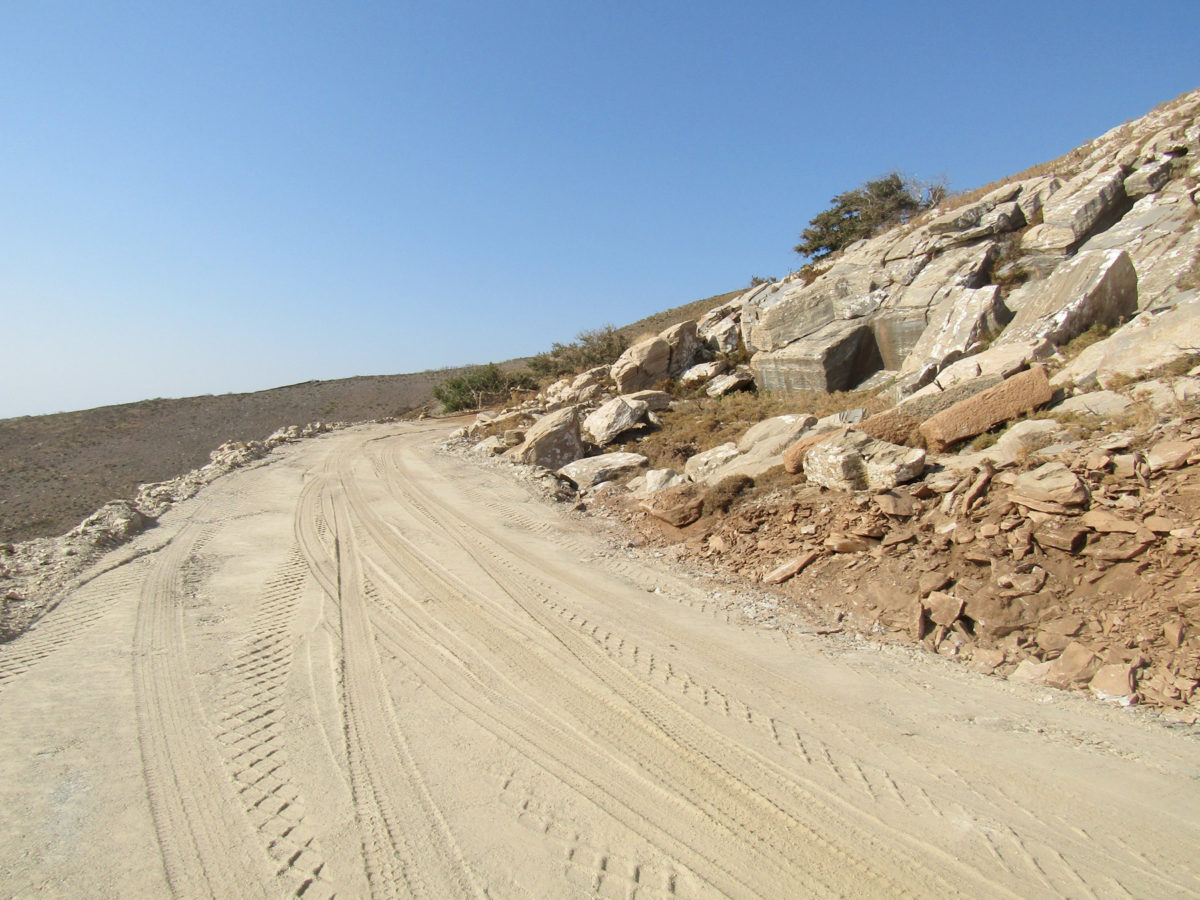 The Ministry of Culture and Sports announced that three ancient quarries mining Karystos shale marble were found while wind parks were being installed by the ENEL and Silsio companies, in the greater area of the Karystos Municipality and the sites of Anatoli in the Kafireas region and at Trikorfo, Marmari, under the supervision of the Ephorate of Antiquities of Euboea.

Ancient quarry of Anatoli in Kafireas

During works on the new main road to the Anatoli wind park run by the ENEL Company, northwest of the village of Amygdalia, an ancient shale marble quarry was found, with two main mining fronts faced by small areas covered with soil. The largest mining front is close to the second one that is smaller in size and situated at a higher spot to the north east of the first one, carved in tiers into the natural rock. In the greater area, south east of the smaller mining front there are massive carved rectangular blocks in situ, scattered about the natural rock.

While the greater quarry area was being archaeologically cleaned, two half finished columns were found in a clean layer of fine mining gravel.

The ancient quarry is situated exactly above the main road of the works by the Silsio Company. High on the rock two small mining fronts were located and some long box-shaped carvings on their floor, while just a few metres to the east a low pile of mining gravel was found, the only evidence of mining activity.

The second ancient quarry of Trikorfo 2 was located to the north west of Trikorfo 1. The quarry’s main space is much bigger than that of the first quarry with three large, Π shaped, tall mining fronts.

Three big gravel piles dominate the surrounding space, two to the east and one to the west of the main mining and quarrying area, while in front of the quarry’s main area there is a place for depositing massive rectangular stone blocks, as well as other boulders partially worked on, bearing traces of carving and situated on a downward slope to the south of the main mining area, most probably for their removal and transportation.

On the ground of the quarry’s main area are three half finished columns, one next to the other, and most probably more stone blocks that are not particularly visible being covered by considerable backfill and vegetation. In front of the main fronts is a small circular construction for collecting water, covered with slate slabs for washing tools and for other uses.

As noted by the announcement, the discovery of these ancient quarries gives us more information on the location of new sites for the mining of Karystos stone, demonstrating the latter’s significance as a key factor in the region’s economic activity from antiquity to the present day.