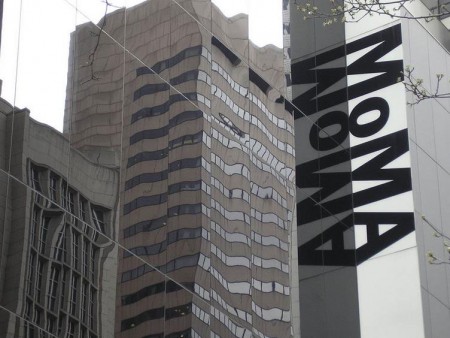 MoMA to close for four months

For expansion and renovation

It was announced that the Museum of Modern Art New York (MoMA) is to close for four months from mid June to the end of October, the time required to realize the final phase of its expansion and renovation.

The aim of the project, costing a total of 400 million dollars, is not only to add galleries to the museum but to enhance the dialogue between the different forms of visual arts i.e. painting, sculpture, photography and drawing.

The MoMA will also be offering a new space on its premises, to be called ‟The Studio”, which will host live spectacles and screenings.

Another ambitious aim is to reconnect the museum with its city. For this reason, the MoMA is offering its ground floor for the setting up of various galleries to which entrance will be free, unlike its other halls and spaces.

The museum will close for a short time on June 15 when all temporary summer exhibitions will have ended, the most important being the ‟Birth of the World”, a tribute to Spanish artist Joan Miro. When it re opens the museum will offer new exhibitions with works from its store rooms.

A 200 million dollar donation from the Rockefeller family

The Rockefeller family made a 200 million dollar donation to the Museum of Modern Art New York, the latter announced recently, pointing out that it is one of the biggest donations of its kind.

David Rockefeller, who died in 2017, had already given 100 million dollars to the museum in 2005, as well as many paintings mainly of Van Gogh, Matisse, Picasso and Cezanne.

Moreover, his family had donated the museum part of the profits from the historic sale of the David and Peggy Rockefeller collection, which last May made a total of 832 million dollars.

The Rockefellers’ history is closely associated with that of MoMA, founded by David’s mother Abby, wife of John Davidson Rockefeller Junior (1874-1960), with the support of two more ladies from New York’s high society; Lillie P. Bliss and Mary Quinn Sullivan who were lovers of the arts.

Although Abby Rockefeller (1874-1948) devoted much time and energy in launching this project and was known to be the force behind the founding of MoMA in November 1929, she barely supported it financially: her husband, who disliked modern painting, refused to give part of his fortune to this institution.

It should be noted that in 2016, the museum was also offered 100 million dollars by American producer David Geffen.