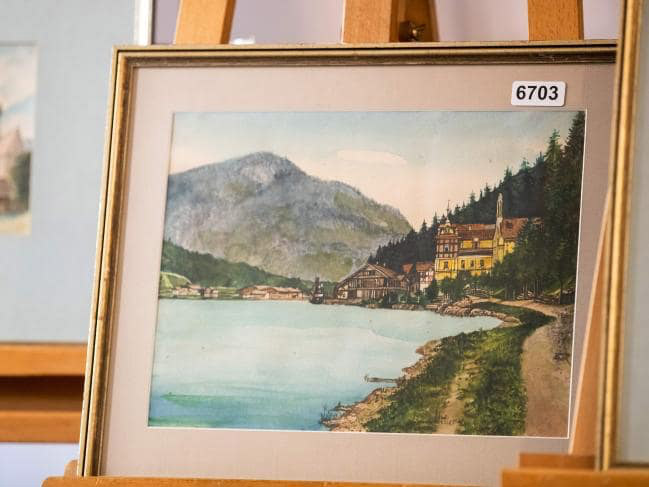 Controversy and rising prices at auctions of works by Hitler

Experts say it is difficult to confirm their authenticity

Auctions of Hitler’s works often cause controversy in Germany, where the recognition of Nazi crimes is a key part of national identity.

Collectors and foreigners in general are ready to spend large sums of money to acquire a work by the dictator or other Nazi officials, and auctions are held regularly in Germany. However, there are many counterfeit works circulating or of dubious authenticity.

According to experts, it is difficult to confirm the authenticity of Hitler’s paintings because a precise list of them is lacking, but also due to mediocre work by the dictator who failed the entrance examinations to the Academy of Arts in Vienna.

Nevertheless ‟there is a long tradition in this trade that focuses on Nazism,” explains Dr Stefan Klingen of the Central Institute of Art History, Munich. ‟Each time, the media make a noise about it and prices do constantly rise. This is something that personally annoys me.”

On Saturday, five paintings attributed to Hitler failed to find a buyer at their controversial auction in Nuremberg where, before its start, many works were confiscated because of their questionable authenticity.

The paintings depicting pastoral landscapes which went up for sale at Weidler’s auction house will be ‟available later” at auction, said the house which denies any irregularities and stressed that it collaborates with both the police and prosecutor’s office.

26 works on the auction house list were seized by the authorities as well as 37 other works because of doubts as to their authenticity, despite bearing the signatures ‟A.H.” or ‟A. Hitler”. Weidler affirmed that the fact the 63 works are being examined by the police “does not automatically mean that they are forged.”